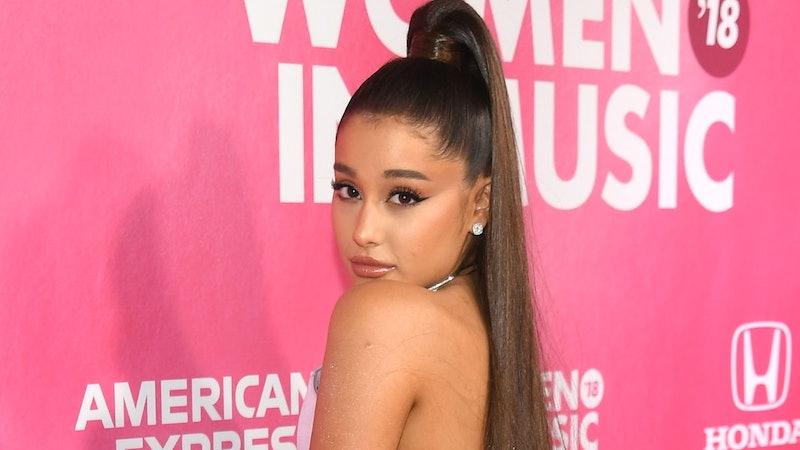 Cue the two Spider-Mans (Spider-Men?) meme: Ariana Grande reacted to her TikTok lookalike — and yes, she’s a little freaked out, too. Last week, a clip of TikTok influencer Paige Niemann impersonating Grande took the internet by storm due to Niemann’s uncanny resemblance to the “Thank U, Next” singer. In the bizarre video — which, to reiterate, is not in fact Grande herself — Niemann mouths the lines of Grande’s character Cat Valentine from the Nickelodeon TV series Victorious while fashioned in Grande’s signature high ponytail and makeup.

On Twitter on Saturday, Nov. 23, Grande reacted to her doppelgänger and called the situation “bizarre.” The singer wrote alongside the viral clip, “i just wonder whyyyy the cat voice / dialogue. i am sure she is the sweetest sweet sweetheart forreal !! but it’s definitley bizarre seeing people blend the two worlds lmao.”

Niemann’s viral clip isn’t a one-off occurrence, either. The teen regularly shares videos of herself as Grande on her TikTok account, where she currently has 1.7 million followers. Plus, her official Instagram account is sure to cause collective confusion among Grande’s fans as they grapple with the fact that the photos are not, in fact, of the Sweetener singer.

When the TikTok star caught wind of Grande’s reaction, she admitted that she was "nervous" about how it would be received. In an interview with Cosmopolitan on Nov. 26, Niemann said of the singer’s response, “I was excited but nervous to see what she had to say because I only want her to appreciate how much her fans adore her.” As it turns out, it took years for Niemann to truly master the art of imitating the Grammy-nominated singer.

She told Cosmopolitan, “I was about 12 [when I started doing my face like Ariana]. It’s taken a lot of practice over the past couple of years. I’ve watched many tutorials and come up with my own techniques with hair and makeup. I have evolved and really enjoy it.”

Grande’s reaction to her doppelgänger comes after she garnered five 2020 Grammy nominations for the upcoming ceremony on Jan. 26. For her Album of the Year, Best Pop Vocal Album, Record of the Year, Best Pop Solo Performance, and Best Pop Duo/Group Performance nominations, she wrote on Instagram, “thank u for acknowledging this music my beautiful best friends and i created in just a few weeks together.”

“the acknowledgement is truly more than enough on its own for me and my heart,” she continued, in part, “pls allow me to bring literally all of my friends who worked on it to sit around me so they can make sure my heart is still beating lmao. so much love and gratitude.”