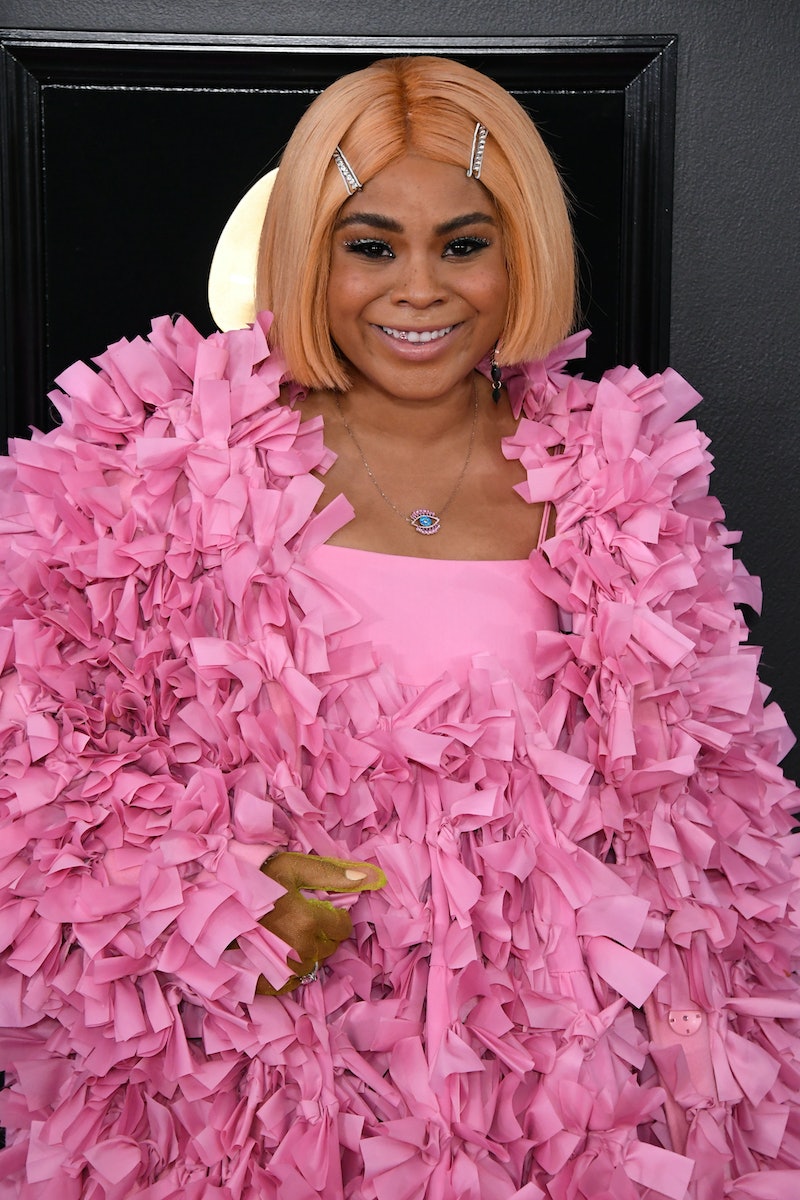 "Thank U, Next" and "7 Rings" are undeniable jams, but what you may not know is that they wouldn't exist without the help of Ariana Grande's songwriter Tayla Parx. Yes, Grande's music is deeply personal, but she didn't create it alone. Parx is a co-writer on both "Thank U, Next" and "7 Rings" — she also happens to be one of the real recipients of the seven rings Grande gave to her BFFs. Additionally, she's written music for artists and bands like Janelle Monáe, Fifth Harmony, Demi Lovato, and Christina Aguilera. She's played a role in an astonishing number of hit songs since she became a professional songwriter in 2014, but in truth, the singer/actor/songwriter is just getting started.

In a new interview with Rolling Stone, Parx discussed how her career has evolved from child actor to Grammy-nominated songwriter in just a little over a decade, as well as what's next for the talented 25-year-old. The first thing you should know about her is that you've almost definitely seen her before. The Dallas native starred as Little Inez in 2007's Hairspray. Prior to that she had small roles in Gilmore Girls and Everybody Hates Chris. She later had a recurring role on True Jackson, VP, but while she continues to act occasionally and lend her voice to video games, music is clearly Parx's passion.

She told Rolling Stone she's now confident in who she is as an artist, and that shows in the first singles released for her upcoming album We Need to Talk. "I'm growing up," Parx said to the publication. "I know what I wanna sing about, I know how to dress, and I know what I want to represent as an artist and as a female artist."

Parx makes a clear distinction between music that she makes for herself, and songs she writes for others. In a Dec. 2018 interview with Glamour, she explained, "There's music that’s Taylamade, where I allow little pieces of me to live with others, and then there’s Tayla Parx’s music, where you get me with no limitations."

"Thank U, Next" is an example of music that's "Taylamade," and it's also a collaboration that's she particularly proud of — even though she almost talked herself out of making it happen. "Every time I doubt myself, I regret it. Whether it's getting on a plane for a day which turns into a week and then I end up writing Ariana Grande's album with her. I was tired and didn’t know if I was gonna make it," she said. "If you're in the right mind-space and surrounded by the right people, do whatever is the first instinct and keep running with it. You never know — you could make history."

It's that attitude that's keeping Parx moving forward as she balances writing music with her pals like Grande, and blazing her own trail with her unique sound with songs like "Slow Dancing." Right now, she may be best known for her work on Grande's hits, but 2019 is looking like the year that music lovers are going to get to know Parx as the gifted triple-threat that she's been for years.