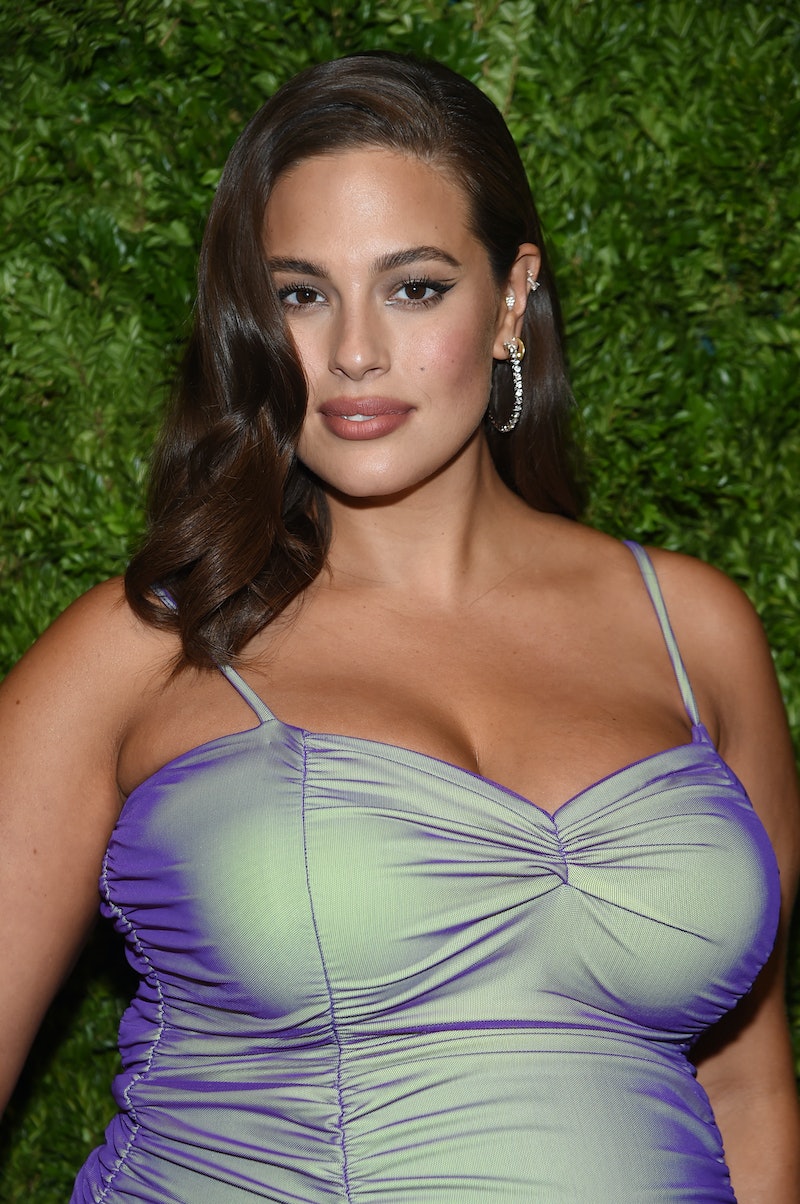 Being a new mom comes with its own set of challenges. Some are expected and some, like what happens to your body after you give birth, take you by surprise, especially since no one really talks about it. However, one new mom is looking to change all that. Ashley Graham shared a photo of her postpartum body on Instagram this week and got real about what the experience has been like, admitting that it's been a far cry from "rainbows and butterflies."

The photo, which was posted on Monday, Feb. 10, was taken just three weeks after Graham gave birth to her son Isaac Menelik Giovanni Ervin. The model posed in front of a bathroom mirror while wearing a black top and grey disposable underwear. “Raise your hand if you didn’t know you’d be changing your own diapers too,” Graham wrote in the caption. “After all these years in fashion, I never could’ve guessed that disposable underwear would be my favorite piece of clothing but here we are!"

Graham went on to explain what a shame it is that no one takes the time to talk about the long road to recovery and healing that new moms go through, "even the messy parts." But she hopes that her post will help to change that and allow these topics to be more easily discussed because, much like giving birth, it too is a very real part of motherhood.

Graham also took the time to give a shoutout to Frida Mom CEO, Chelsea Hirschhorn, whose company makes products to help with postpartum recovery. “My friend Chelsea [Hirschhorn] @cmrh and CEO at @fridamom is making waves and starting honest conversations," Graham wrote. "It’s unbelievable the obstacles we still face talking about what women really go through. All their stuff she sent me has been a life saver."

Frida Mom was recently in the spotlight after they revealed on Instagram that ABC had rejected their Oscars ad, despite the fact that it isn't violent, sexual, or political in any way. It simply highlighted the very real obstacles new moms face after childbirth and how their products could help. Defending the ad, Frida Mom wrote on Instagram that their ad did not violate any policies, noting, "It's just a new mom, home with her baby and her new body for the first time. Yet it was rejected. And we wonder why new moms feel unprepared."

When asked about their decision to not air the ad, a spokeswoman for ABC told CNN that the network does not comment on its advertising policies and guidelines.