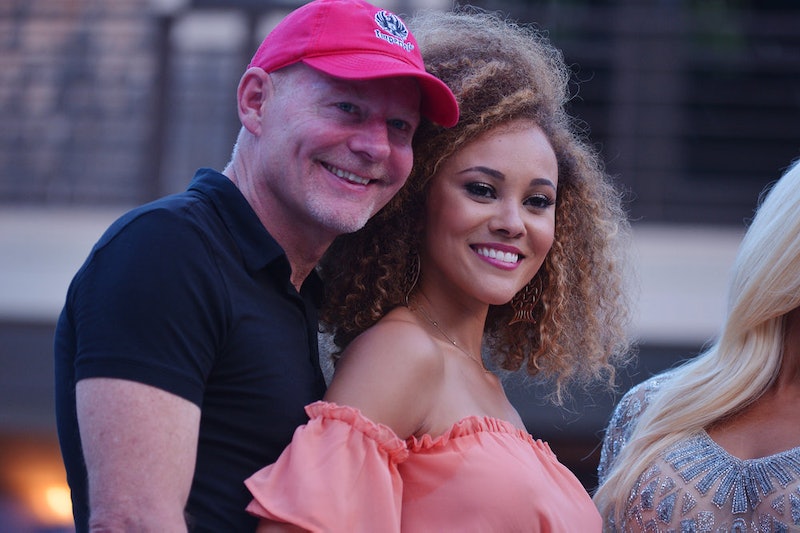 Shannon Finney/Bravo
By Marenah Dobin
May 13, 2019

Ashley Darby described her marriage perfectly in a Bravo blog post this year. The Real Housewife of Potomac said, "The topsy-turvy hills of San Francisco have nothing on the ups and downs of our relationship." Ashley Darby's relationship with her husband Michael is very solid these days, proving that they have been able to make it past the drama. And this is a big deal since there has been a lot of drama.

Throughout Seasons 1 and 2 of Real Housewives of Potomac, Michael insisted that they wait until their restaurant Oz broke even before adding a child to their family. Then, the Darbys split up for six months in between Season 2 and Season 3, reconciling midway through Season 3. Later, they shared some very sad news during that year's reunion: Ashley had a miscarriage.

During Season 4, the Darbys have been very vocal about their desire to conceive a child. In a blog post that she wrote about the Season 4 premiere, Ashley shared, "We have endured a great deal together, especially as each of us continues to evolve through life."

She began to explain, "Spending time apart and enduring the pain of separation has brought us closer together than ever before. It was a wake up call that neither of us wants to eat any other porridge, these two bowls are juuuuust right."

Ashley concluded, "The old adage that 'you don’t know what you have till it’s gone' is so true. I’m just thankful I got it back, and plan to never let it go again." It seems like the two of them are back and better than ever these days. In February 2019, Ashley and Michael announced that they were expecting their first child in an interview with People.

The mom-to-be admitted, "I’m not the most emotional person, but I shed some tears." She also shared, "And then Michael started crying. And Michael, who is a very stoic person, when he cries, I start balling." At the time of the interview, Ashley revealed that she was five months pregnant during that interview. In an April 24 Instagram post, Ashley confirmed that her baby is due in July.

As excited as they are to welcome their first child, they haven't revealed the baby's sex. Ashley told People, "We have the results in Michael’s desk drawer at work, but we might do a sex reveal, that’s still a toss up in the air." The baby's sex isn't the only thing they're waiting on. On April 27, Ashley revealed that Michael is not drinking alcohol in solidarity with her while she's pregnant.

Even though their family is thriving right now, there has been other drama in recent months. Michael was charged with "alleged second-degree assault and improper sexual contact" after he was accused of allegedly groping a Real Housewives of Potomac cameraperson. In October, the charges were dropped and Michael's attorney Mike Rowan told the Washington Post, "The charges were dropped. They were baseless." He also said, "There were a number of alleged witnesses who said it did not happen. The peace order request by the alleged victim was also denied. There was simply nothing that happened, and nothing here."

And, yes, this whole story was captured by the RHOP cameras and will be major plot point this season, as evidenced by the Seasn 4 trailer. As the Real Housewives of Potomac viewers have seen, Ashley and Michael have been through a lot. They have truly come a long way. Now, it seems like their relationship is in the best place just in time for baby Darby's arrival.