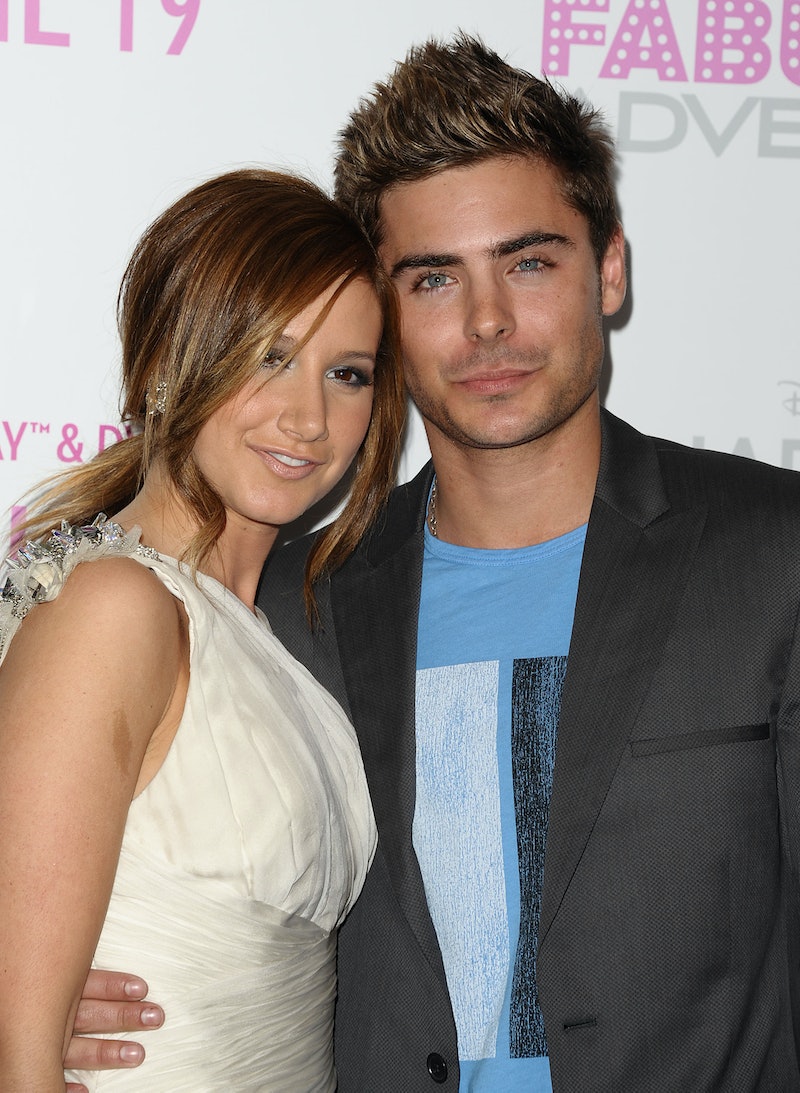 Attention all Disney Channel fans of the early aughts: Ashley Tisdale called Zac Efron her worst on-screen kiss. In Elle magazine’s “Thirst Trap” segment published last week, Tisdale recounted the “weird” kiss she shared with her High School Musical co-star in an episode of Suite Life of Zack and Cody. In 2006, Efron famously guest starred in the Disney Channel series as Trevor, a brainy boy that catches the attention of heiress London (Brenda Song) in Season 2. In the episode, Efron and Tisdale’s Maddie share a hate-fueled kiss at a museum. For Tisdale, however, the kiss was less than ideal.

"I had to kiss Zac Efron on The Suite Life of Zack and Cody, and it’s the worst because I am so close to him and he’s like my brother,” Tisdale told Elle. She also recounted his tongue usage and said, “At the time, he was used to acting on, like, Warner Brothers… and we were on Disney Channel, so he tried kissing me with his tongue, and I was like, 'Get away from me!'”

She continued, “I was like, 'This is Disney Channel, we don’t kiss like that on Disney Channel!” Tisdale then explained that the kiss was awkward since the two had already become close while filming High School Musical. "I’d known him for years before,” she said. “That is why it was the worst. It’s just we’re too close."

Tisdale and Efron starred in the High School Musical franchise as Sharpay Evans and Troy Bolton, respectively. While their characters were largely at odds, the two remain good friends. In 2004, Efron and Tisdale teamed up for the Ice Bucket Challenge to raise awareness for ALS. Earlier that year, Tisdale supported her former co-star’s new film Neighbors on Twitter and wrote, “#NeighborsMovie is a must see! So good! I was laughing my ass off. Very proud of Zac.” In 2016, the High School Musical cast reunited for a special, but Efron was absent due to other filming commitments.

In Elle’s “Thirst Trap” segment, Tisdale also touched on two other former Disney co-stars: Dylan and Cole Sprouse, who both headlined Zack and Cody and its spin-off series, Suite Life on Deck. When asked who she’d rather spend three weeks in a remote island with, Tisdale ultimately chose Dylan. “You know who texts me back, like all the time? Dylan Sprouse,” she said. “He's the one who texts me back. Cole, sometimes silence. So I'm taking Dylan."

More like this
'Abbott Elementary' Fans Probably Missed This 'Parent Trap' Easter Egg
By Sam Ramsden
At 28, Debra Jo Rupp Was Living A Much Different '70s Show
By Grace Wehniainen
Raven-Symoné Addressed Fan Pushback To Her Name's Actual Pronunciation
By Stephanie Topacio Long
Cruz Beckham Teased New Music With An Adorable Nod To Mom Victoria Beckham
By Stephanie Topacio Long
Get Even More From Bustle — Sign Up For The Newsletter
From hair trends to relationship advice, our daily newsletter has everything you need to sound like a person who’s on TikTok, even if you aren’t.