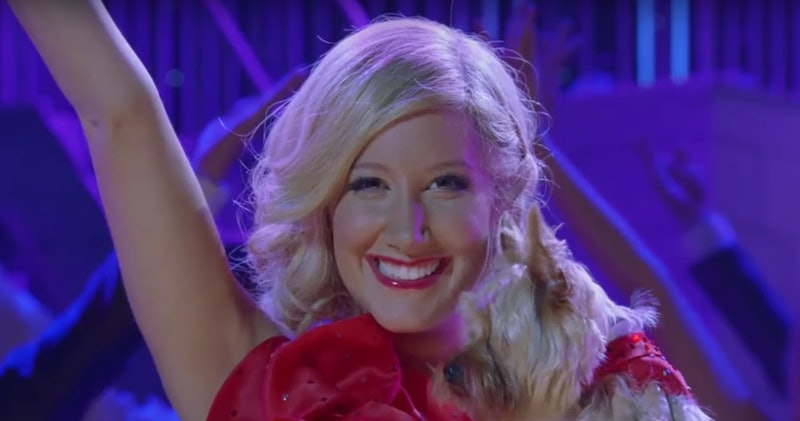 High School Musical is one of the most iconic Disney Channel Original Movies (DCOMs) of all time. This January will mark 13 years since High School Musical made its Disney Channel debut, and with all the revivals, reboots, and spin-offs happening nowadays, there's definitely hope that Troy Bolton, Gabriella Montez, and Sharpay Evans might come back to our screens soon. But Ashley Tisdale's thoughts on a High School Musical reboot foresee an East High with no original Wildcats, mostly just because they're all so grown up now.

In a recent interview with E! News, Tisdale, fresh off her newest single and music video "Voices In My Head," talked about some of her old cast members and what she thinks about the possibility of Sharpay coming back in Disney's upcoming High School Musical series.

"I honestly don't think I would, just based off of, I don't know if I could fill her shoes again," Tisdale said. "I think that at the time, I was like so... I've matured so much, I just don't know if I could give her justice — Sharpay — and be that character again. And I would hate to not have it be great."

With a character that has a personality as big as Sharpay's, Tisdale makes a great point about being able to portray her to perfection. And as someone who knocked her performance out of the park in the original films, she knows what she's talking about.

The last fans saw of Sharpay, she was living out her dreams in New York City as an actor on Broadway in Sharpay's Fabulous Adventure. Despite not receiving the scholarship and a position at Juilliard, she still makes it to The Big Apple, and after a tough start, finally scores the lead in A Girl's Best Friend.

When asked where she thinks Sharpay is now, Tisdale thought for a second before saying, "Probably on Broadway somewhere." While not a surprising answer, it confirms that Tisdale also thinks that Sharpay would still be killing in on The Great White Way.

Another HSM alum and friend to Tisdale, Vanessa Hudgens, recently spoke with Bustle back in August and reminisced on how great it was. "I mean, it's really special," she says. "So many people that have seen [High School Musical] have been inspired to pursue their dreams in the arts, and that's such a special thing to be a part of." However, when it comes to a reboot of any sort, she feels similarly to Tisdale. "I mean, I'm 28," she told E! News in 2017. "I could be a teacher, but I refuse to be a teacher! I'm still a teenager at heart. So probably not with me, but I'm excited to see what they whip together."

There is another High School Musical project to come, but it's a spin-off titled High School Musical: The Musical. The series will be about a new group of teens working on their own musical, and it's set to feature new versions of the much-loved songs. It's expected to premiere on Disney's new streaming service in late 2019.

Sadly, it sounds like there won't be any Wildcat alum cameos, but who knows? Maybe there will be Easter eggs to spot in the new show. Either way, get your head in the game for some soon-to-be High School Musical content, even if it won't have the fabulous Sharpay.