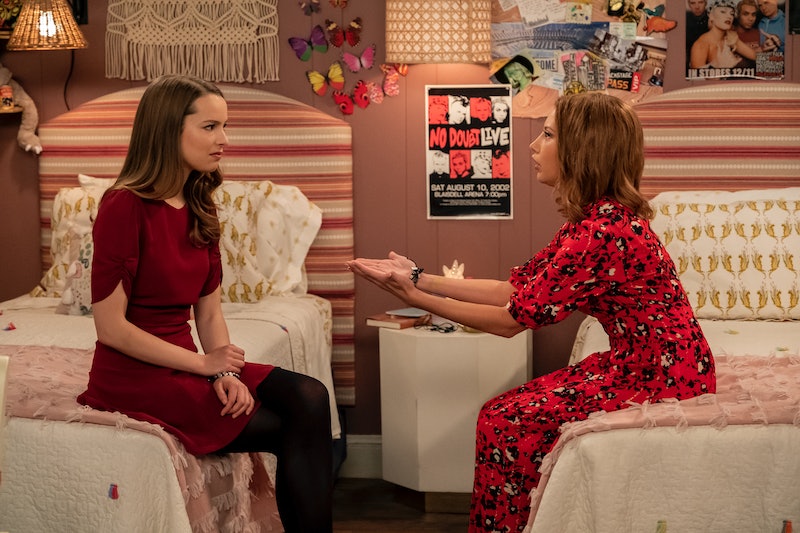 Spoilers ahead for Merry Happy Whatever Season 1. Netflix's new sitcom, Merry Happy Whatever, chronicles the Quinn family's dysfunctional Christmas. For Ashley Tisdale's character, Kayla, this year's holiday is especially challenging: she's in the midst of a divorce, and has to cope with the Quinns' usual antics and the horror of being single at a family gathering.

Kayla is one of four siblings who return to their dad Don's (Dennis Quaid) home for the holidays a few years after their mother's passing, and they all bring their own complications to the story. Kayla's youngest sister Emmy (Bridgit Mendler) is desperately seeking their dad's approval of her new musician boyfriend (Brent Morin); Sean (Hayes MacArthur) just wants to relax and watch football; and Patsy (Siobhan Murphy), the oldest sibling, is working hard to fill her late mother's shoes by keeping everyone happy. Unfortunately for Kayla, they're not the most sympathetic bunch.

In the first episode, her husband Alan demands a divorce in front of everyone. Matt tries to support Kayla, but the family's remaining in-laws — Sean's wife Joy (Elizabeth Ho) and Patsy's husband Todd (Adam Rose) — pour one (full carton of eggnog) out for Alan in the backyard, remarking that Kayla can sometimes be "a big pill" to swallow.

They're not entirely wrong: at times, it's almost as if Tisdale is merely playing an adult Sharpay Evans. Kayla insists on sharing her old room with Emmy despite Matt's presence, and she's desperate for attention from the rest of the family — which she gets it, and yet still isn't satisfied.

Really, though, Kayla just wants to be understood — so much so that she steals a lone fish from the hospital waiting room while waiting for Don and Matt, who've wound up there after a Christmas-lights-hanging gone wrong. "You're all alone on the holidays too," she tells the fish, somberly gazing through the tank's glass.

But while her character may be pretty miserable, Tisdale couldn't be more excited to be on the show. In an interview with The Hollywood Reporter, she said she kind of fan-girled about the role because of one co-star in particular. "When I heard Dennis Quaid was in the show, I was like, 'Oh my gosh, I would love to play his daughter. I've been wanting to play his daughter since Parent Trap,'" she said. "And I always wanted a twin and Bridget's pretty close to it."

When Merry Happy Whatever was announced, Tisdale also gushed on Instagram: "I didn't book a pilot I booked a SERIES for @netflix. I've been wanting to do this for like 4 years and it happened!! SO excited and can't wait to start shooting!!"

So sad as Kayla may be, at least someone's feeling the Christmas spirit.