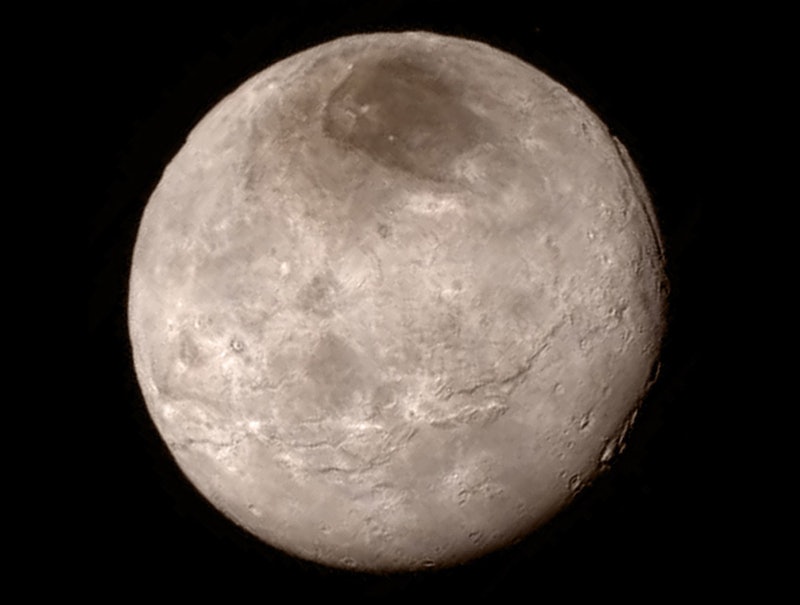 A sore subject for many astronomers and devoted stargazers alike is that Pluto is not technically a planet. Back in 2006, the International Astronomical Union (IAU) demoted (okay, downgraded its status) from planet to "dwarf planet." Newser explains the decision was made because Pluto does not adhere to the standard that a planet must "[have a] cleared neighborhood around its orbit," which means it is the largest gravitational force. The news took the world by storm and invalidated countless science textbooks. But, a team of researchers believe Pluto should be a planet again, and its downgrading was undeserved.

The reason Pluto lost its status as a planet is invalid, according to a new study, "The Reclassification of Asteroids from Planets to Non-Planets," published in the planetary science journal Icarus by the University of Central Florida. Pluto lost its status in 2006 after it was determined the dwarf planet was not in fact the largest gravitational forced in its orbit; rather, it is swayed by neighboring Neptune. Pluto further shares its orbit with the different frozen gases and objects in the Kuiper belt.

But, according to Dr. Philip Metzger of the University of Central Florida, in conjunction with the university's Florida Space Institute, the standard for classifying planets may not actually be supported in the research literature.

For the review, Metzger looked at scientific literature from the past 200 years and found only one publication — from all the way back in 1802 — that used the clearing-orbit requirement to classify planets. Further, he argues this standard is based in reasoning that has since been disproved.

He went on further to say moons including Saturn's Titan and Jupiter's Europa have been routinely called planets by astronomers since the time of Galileo.

"The IAU definition would say that the fundamental object of planetary science, the planet, is supposed to be a defined on the basis of a concept that nobody uses in their research," Metzger said in a release from the University of Central Florida. "It would leave out the second-most complex, interesting planet in our solar system. We now have a list of well over 100 recent examples of planetary scientists using the word planet in a way that violates the IAU definition, but they are doing it because it's functionally useful."

Planetary geomorphologist and morphodynamicist Kirby Runyon, who works with Johns Hopkins University Applied Physics Laboratory and co-authored the study with Metzger, agrees with the scientist's misgivings. Runyon said the IAU's definition of what constitutes a planet was flawed, since the literature review showed that clearing orbit is not an adequate standard used for distinguishing asteroids from planets.

Metzger believes planets should instead be classified by size, and whether the body is large enough that its gravity allows it to become spherical in shape. There is, in fact, a lot of logic behind his belief. He explains, "It turns out this is an important milestone in the evolution of a planetary body, because apparently when it happens, it initiates active geology in the body." Pluto is an excellent example of this, as the dwarf planet is geologically complex. It has an underground ocean, a multilayer atmosphere, organic compounds, evidence of ancient lakes, and multiple moons.

In fact, Metzger notes, "It's more dynamic and alive than Mars. The only planet that has more complex geology is the Earth."

Whether the IAU takes this research to heart and re-promotes Pluto to official planet remains to be seen.