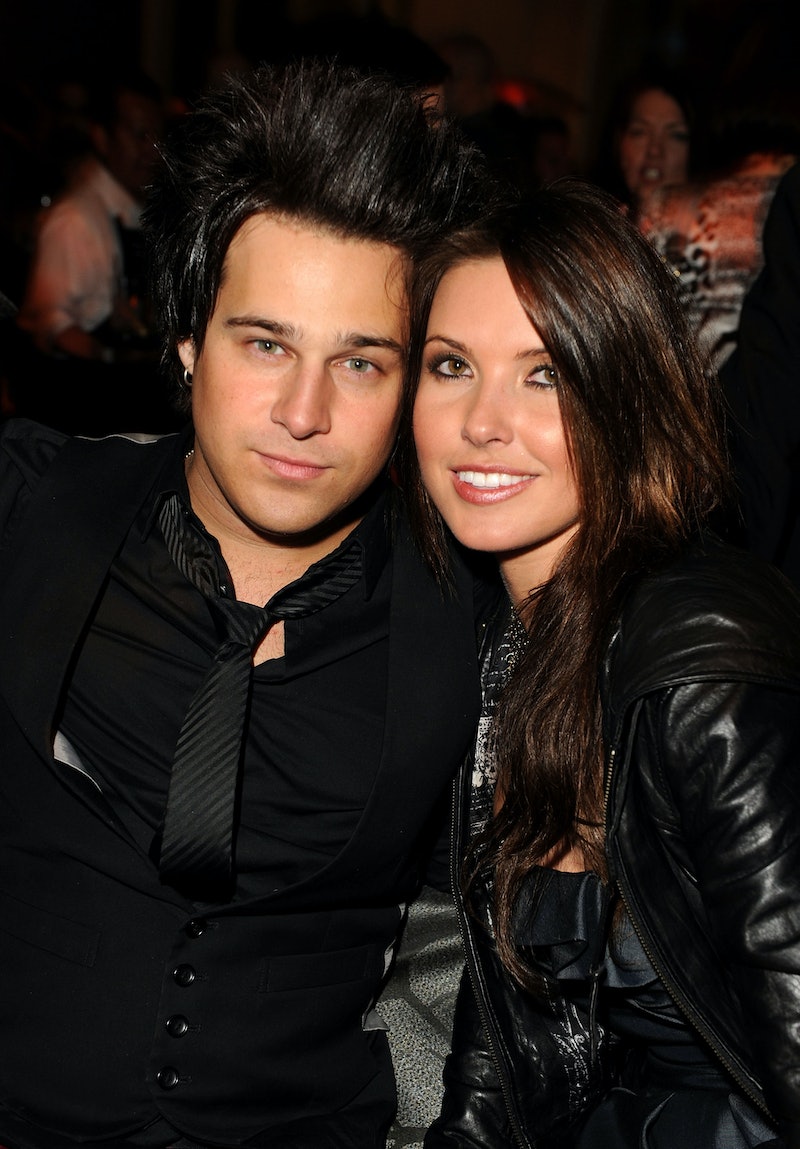 The Hills: New Beginnings star Audrina Patridge's dating history is pretty complicated. And, thankfully, highly documented. On the August 12 episode, she says she wants to start hanging out with her ex, and, no, it's not Justin Bobby Brescia. Audrina and Ryan Cabrera's relationship resurfaces on the revival after appearing on the show's original run in Season 6, as Audrina's former love interest, who she ended up dating again.

Now history is repeating itself on the reboot. Ryan is back in the mix and back with Audrina. Even though Hills fans are most familiar with Audrina and Justin Bobby's on-again-off-again relationship, Audrina and Ryan have a long history as well. However, there is one major difference: these two are just much more amicable. Or at least that's how it has been so far.

Similar to Justin, Audrina knew Ryan way before she started sharing her life on reality TV. There has been a lot of speculation (and confirmation of ) The Hills being "fake" or at least highly scripted, but Audrina and Ryan's relationship was a very real thing before, during, and, as it turns out, after the original series. Let's take a look back at everything we know so far before this storyline blesses television screens again.

In a preview from the August 12 episode, Audrina revealed that she has known Ryan since she was just seventeen years old. She shared, "I met Ryan Cabrera in 2002 through mutual friends and we started dating off and on."

In that same clip, she also acknowledged the big elephant in the room: the very short-lived reconciliation between her and Justin Bobby. Audrina remarked, "It might not seem like it's a good idea for me to start going out with another ex, but people don't know our history and our relationship. It's more than 'an ex.'"

They Rekindled Their Relationship In 2010

In January 2010, Audrina and Ryan started dating again. Unfortunately, they split up just a few months later in May that same year. Their short reconciliation was shown during Season 6 of The Hills. Ryan was Audrina's date at an event during the second episode of the season. They full-on started dating again.

However, the love didn't last the whole season. When the cast went to watch Ryan perform, Audrina started crying in the audience and stormed out of the concert. Eventually, she went over to his home to end things in person. That same episode, she celebrated her birthday with the whole cast and... Justin Bobby, of course. Ryan did not make the invite list and he did not appear in any episodes after that. Until the reboot.

In April 2018, People reported that Audrina and Ryan started hanging out again. This was eight months after Audrina filed to divorce Corey Bohan, who she also dated on The Hills. Audrina's friend Joey Tierney shared a video that originally appeared on her Instagram story of the rekindled couple. They were also spotted at the Stagecoach music festival that same month.

In September 2018, Audrina confirmed the split in an interview with E! News. The reality TV vet shared, "Ryan and I have been good friends for years." She also said, "He is currently on tour, and I am focusing on my daughter. Even though we are not in a romantic relationship right now, we will continue to be friends and are still in touch."

And if history proves anything, the two of them just might start dating again. Maybe the fourth time will be the charm when The Hills: New Beginnings returns Season 2. Or maybe they've realized that they truly are better as friends. As Justin Bobby once proclaimed, "Truth and time tells all."