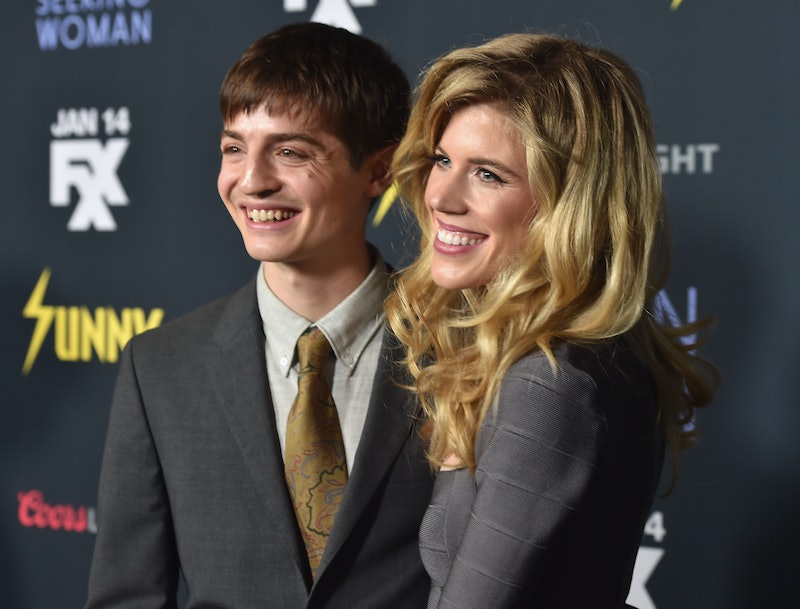 Author Kathleen Hale, who admitted to "stalking" and showing up at the home of a Goodreads user who gave her book a bad review, is releasing a nonfiction essay collection about the experience this year titled Kathleen Hale Is A Crazy Stalker. Here's what you need to know.

Back in January 2014, Hale published her first book, a YA thriller titled No One Else Can Have You, through HarperTeen. Writing for The Guardian in October of that year, Hale confessed to reading advance reviews of her work on Goodreads, something that "other authors warned [her] not to do." When one blogger's vitriolic, one-star review caught her attention, Hale, by her own admission, "engaged in light stalking" to find out more about her detractor.

Finding out more about the critical reviewer, whom Hale blamed in The Guardian piece for others' refusals to read or buy her book, involved a dive into the rabbit hole of Facebook, Twitter, Instagram, and LinkedIn. When a book club approached Hale about having a blogger interview her to promote the book, she gave the name of the Goodreads user, and received the other woman's address — to which she could send giveaway copies of her books — in return, according to her account.

Hale dug deeper. She admits that she paid for a background check on the owner of the house, and rented a car, with the intention of driving to the blogger's home. When the other woman would not agree to a video chat interview, Hale asked to speak to her over the phone. The blogger "pull[ed] out of the interview" entirely.

Hale later drove to her house. From The Guardian:

"Before I could change my mind, I walked briskly down the street toward the Mazda parked in Judy’s driveway. A hooded sweatshirt with glittery pink lips across the chest lay on the passenger seat; in the back was a large folder full of what looked like insurance claims. I heard tyres on gravel and spun round to see a police van. For a second I thought I was going to be arrested, but it was passing by — just a drive through a quiet neighbourhood where the only thing suspicious was me."

Hale dropped a copy of Anna Quindlen's A Short Guide to a Happy Life — which she called "a little passive-aggressive, but... better than nothing — on the porch as "a present." There was no face-to-face encounter with the blogger.

It's important to note that the accounting of events given above comes from Kathleen Hale herself. The blogger who left a negative review of No One Else Can Have You — and whose name I am not using in this piece — no longer blogs or reviews books online, and has not offered up her own story for what transpired with Hale. Bustle did not reach out to her for comment.

Although legal definitions and punishments differ, stalking is a crime in all 50 states. According to The National Center for Victims of Crime's Stalking Resource Center, "a good working definition of stalking is a course of conduct directed at a specific person that would cause a reasonable person to feel fear." Stalker behaviors include:

The Stalking Resource Center says that "7.5 million people are stalked in one year in the United States," and that only "1 in 5 of stalking victims are stalked by a stranger." Stalking victims may be forced to move or change jobs as the result of the stalker's actions and intimidations, and many people experience mental illness and/or sleep disruptions after they are stalked.

The "light stalking" Hale engaged in with regard to the blogger was reportedly not the first time she participated in such behavior. In 2013, the future YA author published an article on Thought Catalog about an incident involving "an early version of Facebook stalking," which took place when she and her target, another girl, were both 14. That episode ended when, according to Hale's account, she "poured [an] entire bottle of hydrogen peroxide on [the other girl's] head."

Now, Kathleen Hale is set to publish a book of essays, titled Kathleen Hale Is a Crazy Stalker, through independent publisher Grove Atlantic. The publisher's copy for the book begins: "Kathleen Hale has been known to stalk people from time to time. Not recently, of course, and only online. Well, mostly online." The essay Hale wrote for The Guardian, from which the book takes its name, has been retitled "Catfish," and is described as "recount[ing] a standoff with a caustic Goodreads reviewer who writes under an alias, spurring Hale on a treacherous Instagram investigation that ends badly at the reviewer’s house."

In a statement to Bustle, Grove Press said: "We stand by our publication. There are six essays in this collection which have been revised and expanded since online publication, including the essay 'Catfish.' We would encourage people to read the collection before passing judgement."