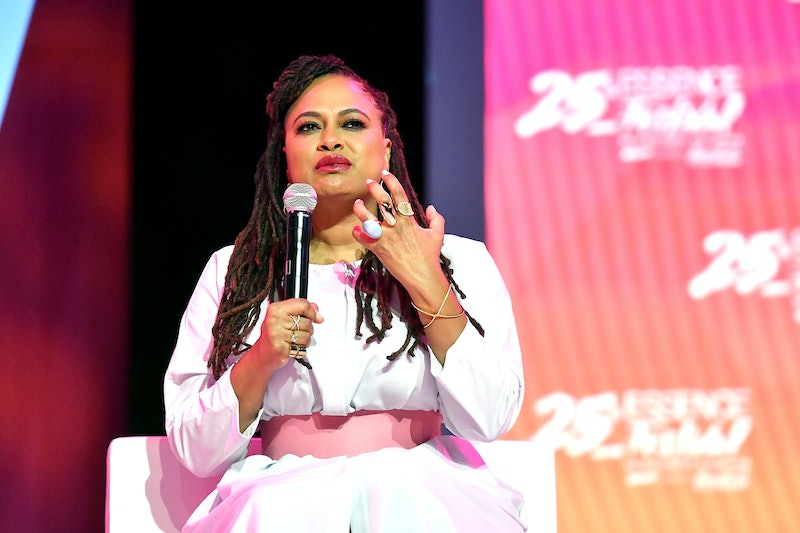 Ava DuVernay may be the genius behind Queen Sugar, but what most fans don't know is that some of the characters and storylines in her show serve as a direct reflection to the creator's own life. During a recent talk with the cast at Essence Fest, as reported by People, DuVernay opened up about her own battle with lupus and why she decided to incorporate something so personal into the hit series.

For those unfamiliar with the show, it centers around three siblings and their extended family, though out of the core characters, it's Nova (Rutina Wesley) and Charley (Dawn-Lyen Gardner) who DuVernay views as a direct reflection of herself. “Nova and Charley are the two halves of me," she stated at the time. “Charley is like ‘I’ll fix it, I’m gonna get it done.’ That’s totally me.” She continued, adding, "And for Nova, she’s me also, an activist, trying to make the world a little bit of a better place, but sometimes makes mistakes. I don’t have a white cop boyfriend [like her], but you never know!”

However, DuVernay also put a part of herself in Tina Lifford's character, Violet, when she decided to give her the autoimmune disease lupus. When asked at Essence Fest why she chose to include that particular storyline, DuVernay revealed that it was based on her own real-life experience. “I’ve never been asked that question directly, so I’ve never had the opportunity to tell anyone that I have lupus and that’s why I put it in,” she stated.

“I’ve been in remission for 20 years, but I did want to make sure that we create spaces to talk about it. We wanted to really give that chronic illness to Vi and show you can live and you can battle through it, you can continue to thrive, but you have to manage it.”

It's an important message to get out into the world, and one that has not been overlooked by the Lupus Foundation of America. In 2017, the foundation tweeted their thanks to DuVernay for using her show to help raise awareness about lupus, which often gets overlooked and underexposed in the entertainment realm. DuVernay responded to the tweet at the time with a message of her own, writing: "Raising awareness for Lupus is personal to me as it affects my family and so many. Honored to share the experience. Will continue to do so."

And it's a promise she has more than kept throughout these past four seasons of Queen Sugar. “It’s something I’ve been able to manage and live with and thrive,” she told the audience at Essence Fest. “It’s really given me strength in a lot of different ways and so hopefully her character going through it as well will help people know they can do the same.”

Needless to say, DuVernay continues to serve as a source of inspiration both on a personal and professional level. Hopefully storylines like this will help to further educate viewers and lead to an open dialogue about lupus.