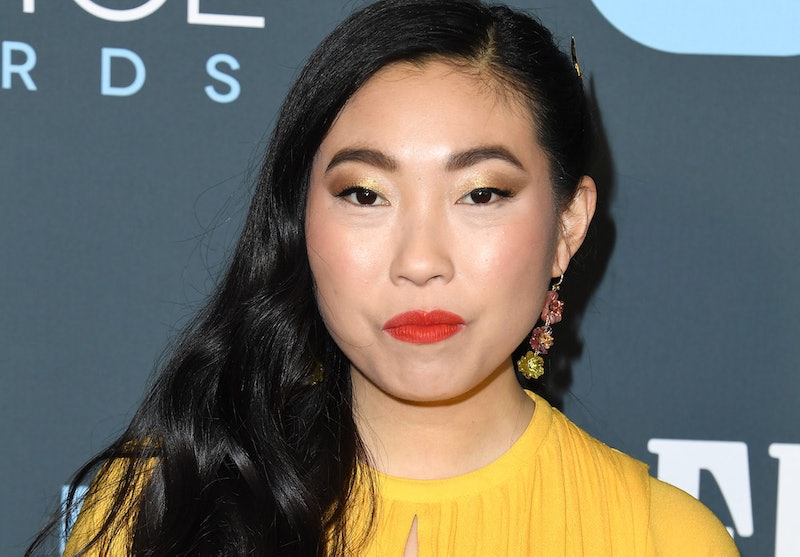 Billi and Nai Nai aren’t discouraged by award snubs. Awkwafina addressed The Farewell’s Oscar snub at the Television Critics Association press tour on Tuesday. While on hand to promote her upcoming sitcom Awkwafina is Nora from Queens, Awkwafina, real name Nora Lum, said the cast of the Lulu Wang dramedy is ultimately appreciative of the film’s journey despite its absence from the Oscar nominations announced on Monday.

"We had a couple of text message exchanges, but everything [was] just about how appreciative we all are of how long this run has been," Awkwafina said, per Entertainment Tonight. "The Farewell came out last January at Sundance and we really didn't know where it would take us, [so] to see all the attention that it's gotten, that feels like a win."

While the film received recognition at the Golden Globes, Critics’ Choice Awards, BAFTAs, and more this award season, The Farewell was shut out completely at the Oscars on the heels of Awkwafina’s historic Golden Globe win as the first Asian American to take home the Best Actress in a Musical or Comedy statuette. In the press room at the ceremony, she reacted to news of the feat and said, "I actually heard that fact and it was pretty mind-blowing. It feels incredible, but you want there to be more. I hope this is only the beginning."

While she praised the performances this year, Awkwafina also addressed the lack of female directors nominated. “Bottom line, there were some amazing performances this year. I think all of them were warranted as they should have been," she said at the TCAs. "That's not also to say that we can't ignore the fact that there are some incredible movies that were women-helmed, including mine.”

The Farewell follows a Chinese family that discovers their matriarch, Nai Nai, has been diagnosed with cancer and only has a short amount of time to live; they decide to keep Nai Nai in the dark about the prognosis. In an interview with Refinery29 last August, Awkwafina explained why the film resonated. “It really all comes from my relationship with my grandma. I was raised by her from the time my mom passed away,” she said. “When I saw the script, I cried. I never thought I'd see a movie like it.”

At the TCAs, Awkwafina reflected on the film’s journey since then. "My emotional reaction to all of this really is that I'm grateful for this journey,” she said. “For that, me personally, I think there's always more work to be done. Of course, I've had a pretty exciting ride.”

She added, “And I think with [my new] show and the movies that we've seen this year, representation existed in those and that's what I know. In terms of anything else, I can't be more grateful to do what I love to do and to be recognized.”

More like this
Just 1 More Award Would Make These Celebrities EGOT Winners
By Hugh McIntyre
Jennifer Hudson Becomes An EGOT Winner At The 2022 Tony Awards
By Jake Viswanath
The EGOT Winners List: Only These 17 Artists Have Ever Reached EGOT Status
By Radhika Menon and Marina Watts
Hugh Jackman & Deborra-Lee Furness’ Relationship Timeline Started With A Mutual Crush
By Hugh McIntyre
Get Even More From Bustle — Sign Up For The Newsletter