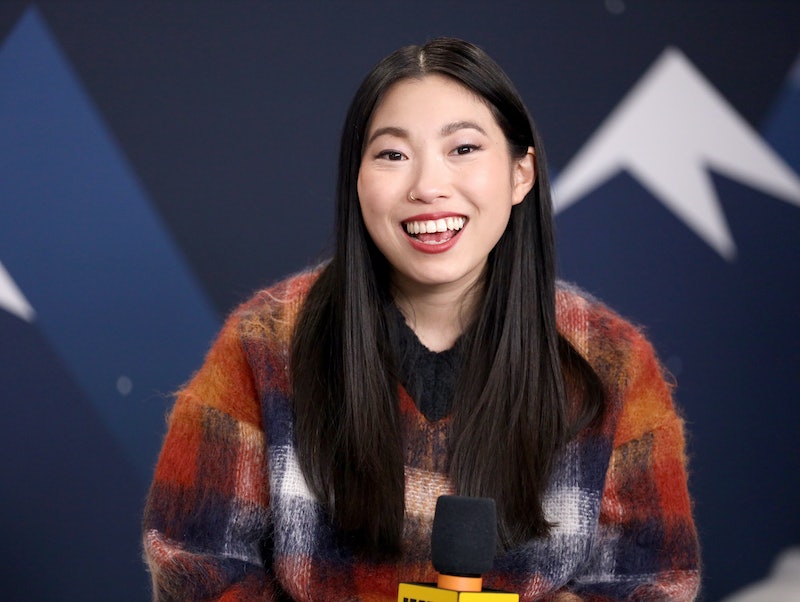 From Crazy Rich Asians to the Marvel universe: Awkwafina spoke about the importance of joining the MCU’s first Asian superhero movie. The rapper and actress is slated to star in an unannounced role alongside Simu Liu in the upcoming Shang-Chi and the Legend of the Ten Rings, the studio’s first film with an Asian superhero at the forefront. The film, slated for a February 2021 theatrical release, will follow the adventures of Shang-Chi, also known as the Master of Kung Fu. In a new interview with Good Morning America, Awkwafina revealed that she was “really, really proud and honored to be a part” of the upcoming film. The Ocean’s 8 actor also spoke on the significance of the film and said she believes it’ll make a major impact.

She even revealed that she “was floored” when she discovered she landed the part. “I found out relatively recently about it, and I was floored," she said. "I couldn't believe it, and I met with Destin [Daniel Cretton], who will be directing us, and he's just an incredible dude with such an insane vision."

Marvel officially confirmed Shang-Chi and the Legend of the Ten Rings during San Diego’s Comic-Con on July 20. Along with Liu and Awkwafina, Tony Leung Chiu-wai also joins the cast as villain The Mandarin in the studio’s first Asian-led film.

During her interview with GMA, Awkwafina also reveled in the addition of powerful female actors in upcoming MCU projects, such as Scarlett Johansson’s Black Widow and Natalie Portman’s Thor: Love and Thunder. "It seems obvious because a lot of the heroes in my life are women too,” she said. “And I think that we're entering a phase right now where we are realizing that we represent a lot of this country and that it's important to show that we have power as well.”

Awkwafina has been making great strides since her scene-stealing role in Crazy Rich Asians. The actor is set to star in her own Comedy Central series Awkwafina and Disney's live-action The Little Mermaid, per Variety. She recently starred in Lulu Wang’s illuminating The Farewell, which arrived in theaters July 12. The film, pegged as “based on an actual lie" in the trailer, follows Awkwafina’s Billi who discovers that her grandmother only has a short time left to live. The family decides to keep the matriarch in the dark about her diagnosis and gathers relatives one last time on the basis of a wedding.

"I'd never read anything like it," she told GMA of The Farewell’s script. "It was shortly after I did Ocean’s 8 and I was kind of wondering what was next. I was raised by my grandma, and I also know what it's like to go back to Asia and to feel lost there as well. It meant a lot to me."

Shang-Chi and the Legend of the Ten Rings arrives in theaters on February 12, 2021. Here's to more films — and actors such as Awkwafina — making an impact.

More like this
An Extremely Messy Ranking Of What Actually Happens In 'Don't Worry Darling'
By Chloe Foussianes
Paul Mescal, Man Of Mystery
By Samantha Leach and Heather Hazzan
Florence Pugh Reflected On Her ‘Don’t Worry Darling’ Experience On Opening Day
By Brad Witter
Chris Evans Had The Best Reaction To Seeing Ana de Armas As Marilyn Monroe
By Radhika Menon
Get Even More From Bustle — Sign Up For The Newsletter