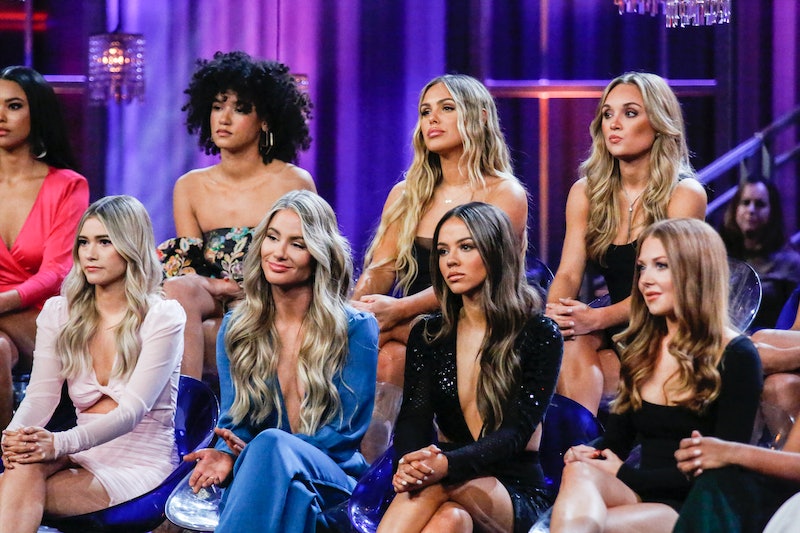 Peter's Women Tell All special was full of memorable moments, but nothing made more of an impact on the cast — or the viewers watching at home — than a segment shedding light on the abuse received. by people who have appeared on the franchise. Rachel Lindsay's Women Tell All segment on bullying inspired Bachelor Nation to share their experiences, and call out the horrific, racist attacks they've endured on social media over the years.

The women on Peter's season have earned quite a bit of criticism since the episodes began airing in January, due to the seemingly-endless drama and in-fighting. However, near the end of the special, Rachel revealed that many women who have appeared on The Bachelor weren't receiving criticism from fans, but were instead being subjected to hate, racist attacks, and death threats. "The only way that I can actually make you feel it is to make you see it," an emotional Rachel explained, before reading out some of the horrifying messages that women like Kelsey and Sydney received from fans.

"I know it's uncomfortable for you to see," Rachel told the audience. "Just imagine how uncomfortable it is to get this in your comments and your DMs every day, every week, every month." While many of the women present broke down crying while talking about the constant attacks on the show, they also praised Rachel and the Bachelor producers for tackling this issue, and highlighting the harassment they've been enduring.

"Putting yourself in front of millions to be judged based on a few hours is more tough than most could ever imagine," Kiarra Norman wrote on her Instagram Story, while praising the other women who opened up about the abuse. Meanwhile, Natasha Parker — who didn't attend the taping, but shared her reactions to the episode on social media — shared her own experiences with online harassment. "Y'all don't even know how much this stuff affects us," she tearfully explained in her Instagram Stories. "Every single girl who has appeared on this show has received hate in some form."

Several former Bachelor stars — including former Bachelorette Becca Kufrin — echoed that statement with their own social media posts, praising Rachel and the show for calling out the hate contestants see everyday. "[Rachel] I am so thankful for your voice and how you use it. Thank you for speaking up for all of us," Katie Morton wrote on Twitter. Her former cast mate Onyeka Ehie wrote that the episode "hit home for me," and shared a screenshot of some hateful messages on Twitter. "The amount of hate I got when I was on the show was astronomical. I cried myself to sleep [for] days in a row," she wrote, adding, "I am so grateful that we are taking steps to address this."

Tammy, who revealed during the WTA special that people have sent death threats to her work email, wrote on Twitter the morning following the special that "the hate messages I’m still getting makes me [too] sick to my stomach to even touch my phone. I hope you’re happy. Thanks." She also shared some screenshots of the horrific messages she's received, writing in a follow up tweet to people sending her hate that, "if your goal was to hurt me, congratulations. Consider it done. Please leave me alone."

Despite rehashing plenty of old drama on the special, all of Peter's women rallied around each other on stage and on social media after opening up about the harassment they've endured. "At the end of the day, we all are human and we all went through this together, so I think that is one thing that we can all come to a common ground on and appreciate about each other," Kelsey Weir told Entertainment Tonight after the taping. "Whether we agree with each other or not, we can all appreciate each other."