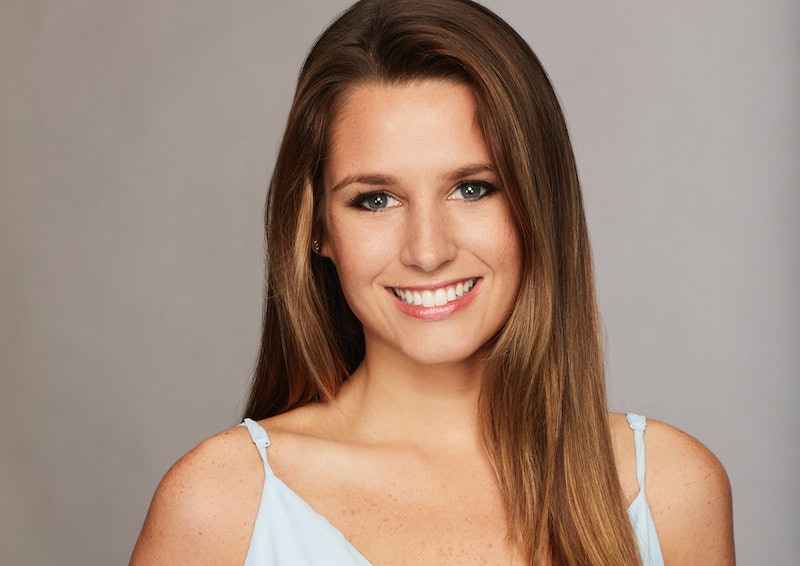 Bachelor Nation has seen its fair share of strange contestant occupations, so it takes a lot to surprise fans these days. But this season, there’s one woman whose job is particularly confusing. Bachelor contestant Alex D.’s job is listed as “sloth,” and I have so many questions. Alex’s official Bachelor biography does not expand on her strange occupation, except to say she’s an animal lover whose dream job is a zookeeper, and that she “talks fast, but tends to move slowly…verrrrrrrrrrry slowly.” Truly, what on earth! We need more information about this bizarre declaration.

It definitely stands out among the rest of the cast, which is filled with models, dental hygienists and marketing experts, similar to other seasons. The rest of the biography for Alex is pretty run of the mill, revealing that she was born on Cape Cod, went to the University of Massachusetts, and lives in Boston now where she is a rabid Patriots and Red Sox fan.

Cosmo reports that her full name is Alex Dillon, and that her Instagram has been deleted. She has a Twitter account, but it’s not very active aside from some retweets here and there. But a LinkedIn page that appears to belong to Alex reveals that she does indeed have a real job as an associate account manager at Collabera Inc. in Boston.

The LinkedIn profile features a degree in hospitality and tourism from the University of Massachusetts, and shows that Alex has had stints in positions like event coordinator, concierge, Disney World intern, and marketing consultant. All of these jobs seem like they would require working in a fast-paced environment, and would perhaps not be conducive to a sloth-person. But somehow, Alex has managed.

Fans of the show are already speculating how she’s going to play up this schtick when Alex arrives at the Bachelor mansion. “She probably shows up in a sloth suit,” wrote one Reddit user, a_girl_has_no_name. “Or she makes a ton of jokes about sloths/gives fun facts.” It turns out, that speculation was spot on, as Alex actually did show up in a sloth costume, as revealed in promos.

Others think her apparent slow-moving nature is being played up to complement Colton’s virgin status, which has been reiterated over and over and over as ABC advertises the new season. “Willing to bet she'll say that, like a sloth/Colton, she takes things slow,” wrote another Reddit user, SaltyLeviathan. That's a solid prediction.

It remains a little unclear who chooses the occupations listed in the Bachelor Nation biographies. Is it the contestants themselves, or is it production? Kamil from Becca’s season was infamously referred to as a “Social Media Participant,” and was quickly met with scorn from all corners of the internet. But the thing is, Kamil had a real job, just like Alex does, and he seemed a little miffed with the descriptor he’d been given.

Hopefully Alex had control over how she was described this season — fans seem to hope the quirky, jokey occupation listed was her choice, and not something producers deemed her without her approval. “Yeah I wonder if she knew they were going to do that,” another user, Beck210, wrote. "I would feel so ridiculous letting them feature me that way.”

Only time will tell how Alex explains her intriguing title, but for now, it seems like just a silly, light-hearted gimmick. And at this point, any jokes that aren’t Colton’s virginity are just fine by me.