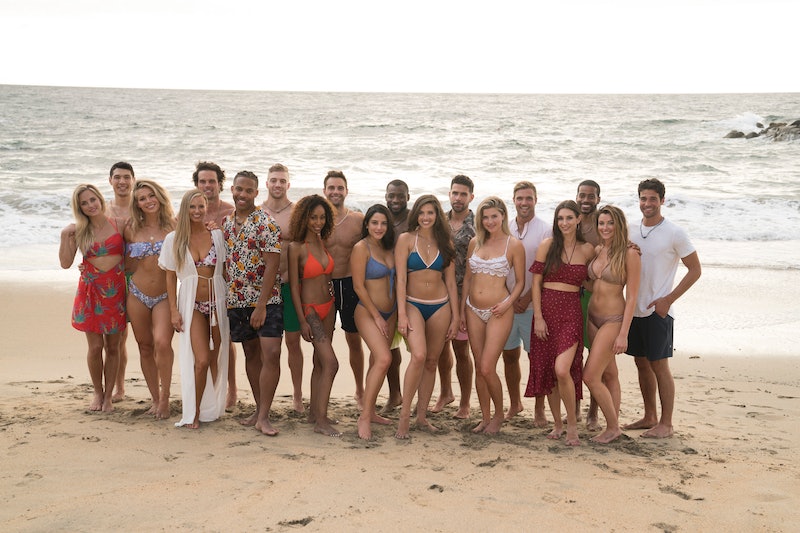 Given how popular the Bachelor franchise is, future seasons of any one of its many shows not only seem possible, but downright inevitable. That's why it should come as no surprise that ABC has renewed Bachelor in Paradise for a sixth season, which means it'll be time to head back to Mexico once again this summer. The exciting news was announced at the Television Critics Association's press tour on Tuesday, Feb. 5, according to The Hollywood Reporter, though details other than the show's continued existence remains scarce. The network has yet to reveal a premiere date, however, typically the series debuts sometime in August shortly after the latest season of The Bachelorette wraps up. So odds are Season 6 of Paradise will follow a similar time table.

As per usual, Chris Harrison will be hosting the series once again and welcoming a new group of Bach alums to the Playa Escondida beach resort in Sayulita, Mexico. At this point, the official cast has yet to be revealed, but that's not really all that surprising given that the ensemble is sure to include some of the contestants from Colton Underwood's Bachelor season, currently underway, and possibly even some from the upcoming Bachelorette season as well. So even though it's far too early to know who among the franchise will be participating, it's comforting to know that Paradise will live on to see another season. And, rest assured, Bachelor Nation, it is sure to be full of love, laughter, and plenty of drama. Basically, it's all coming up roses.

Season 5 of Paradise proved to be particularly successful in producing long-lasting relationships by journey's end. Astrid Loch and Kevin Wendt remain together to this day, as do Grocery Store Joe and Kendall Long, along with engaged duo Krystal Nielson and Chris Randone. One could argue that Bachelor in Paradise is more successful than either The Bachelor and The Bachelorette, so who knows what kind of new relationships will develop in the new season.

In addition to the Paradise pick-up, ABC also announced that Colton's season of The Bachelor will follow in Arie Luyendyk Jr.'s footsteps by getting a supersized, two-night finale, which will air on March 11 and March 12 from 8 p.m. to 10 p.m. EST. Prior to Arie's season, finales typically lasted up to three hours, with two hours dedicated to the actual finale, followed by an hour-long After the Final Rose special to see if the engaged couple were still together in the present day. Of course, Arie's finale was treated a little differently given his change of heart once his season was over. (He broke up with Becca Kufrin on-camera and got back together with his runner-up, Lauren Burnham. They later got engaged on ATFR and were married this past January prior to the birth of their first child, which is due to arrive in early June.)

So the fact that Colton will have just as long of a finale could indicate that his season will conclude in a highly dramatic way. That's not to say that he'll change his mind like Arie did, but if his finale warrants a big two-night event, then chances are it's for an important reason.

Let's just hope that the end result leads to Colton finding a happy ending and allows Demi the chance to end up in Paradise. Because, come on, it just wouldn't be the same without her.