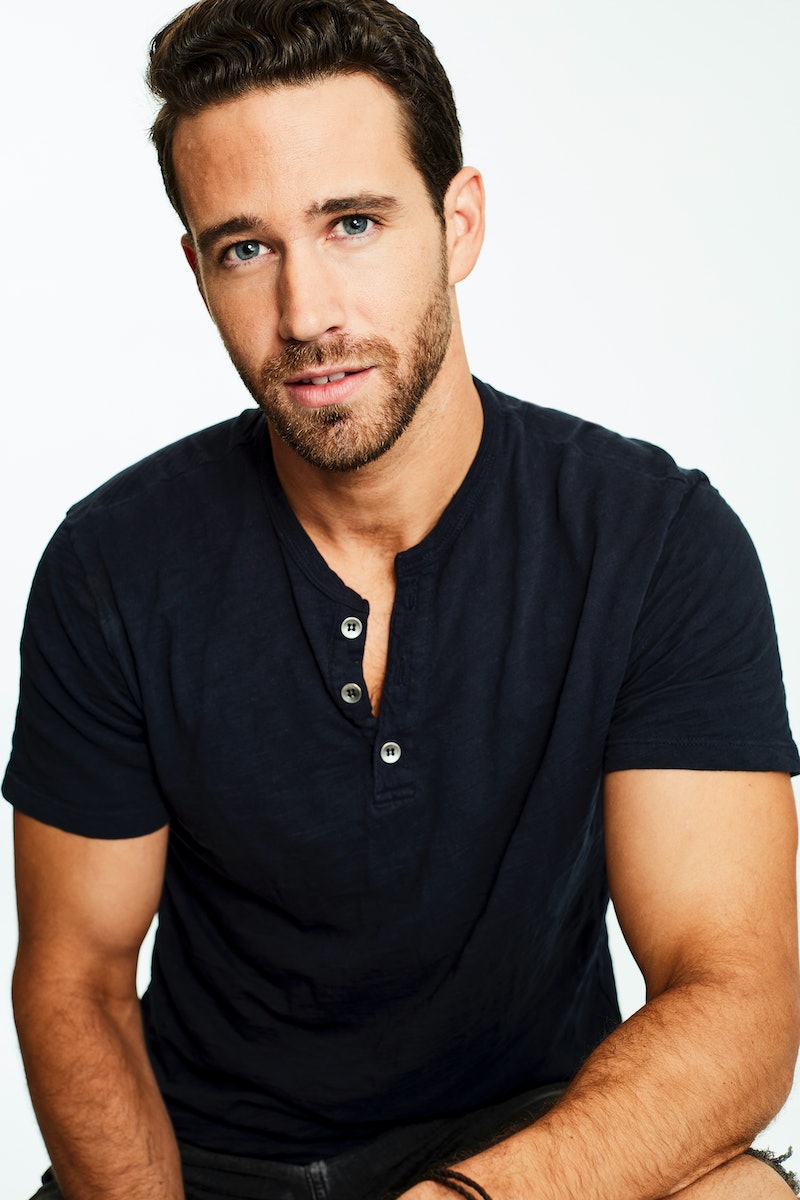 The Bachelor debuted their newest series iteration on Monday night, titled The Bachelor Presents: Listen to Your Heart. Unlike many of the franchises that came before, this one is a musical-inspired talent show, of sorts, during which couples perform cover songs and are subsequently judged by a panel on their arrangements.

One cast member, Trevor Holmes, is now being dubbed by fans as Jed Wyatt 2.0. Not only is Holmes an aspiring country pop singer, as Wyatt was, but he even appeared on the first episode of the show wearing a sherpa-lined trucker jacket that was nearly identical to the one that Wyatt wore when he attempted to sing to Hannah Brown on his season of the show. And of course, once eagle-eyed fans noticed, Jed's jacket started trending. Some even went so far as to suggest the garment may be cursed.

It seems, however, that fans aren’t the only ones who noticed the eerie similarity. Brown, herself, tweeted out her feelings when watching the show live, writing, “I’m triggered by this whole thing. @chrisbharrison #TheBachelorLTYH.” And Wyatt shared, “Something about this new show feels familiar. Maybe it’s Trevor’s jacket, maybe it’s all the guitars. Stay tuned.”

As Wyatt isn’t exactly in Bachelor fans’ good graces at the moment, after proposing to Brown while simultaneously dating another woman, it maybe wasn't the best decision for Holmes to follow in his sartorial footsteps. Nonetheless, you can't argue the jacket is pretty cool, and if you're so inclined, shop similar pieces below.

This trucker jacket boasts a spread collar and soft lining that's perfect for windy days. And it's on sale for 67% off — for the win!

An all-over sherpa topper just looks cozy! It's an outerwear savior you can throw on with anything, from a floral maxi dress to leggings and a hooded crop top.

With its antique gold-tone hardware and tonal stitching, this coat is totally worth the splurge. All you'll want is camo pants to pair it with.

For a slight spin on the beloved trucker jacket, why not try a corduroy option? This version boasts quilted sleeves and sherpa lining, plus Madewell partners with the Better Cotton Initiative to improve cotton farming globally.

This outerwear option will quickly become a wardrobe favorite. It features cuffed sleeves to give it a laidback, edgy vibe plus a set of 4 pockets: 2 on the front and 2 on the side.