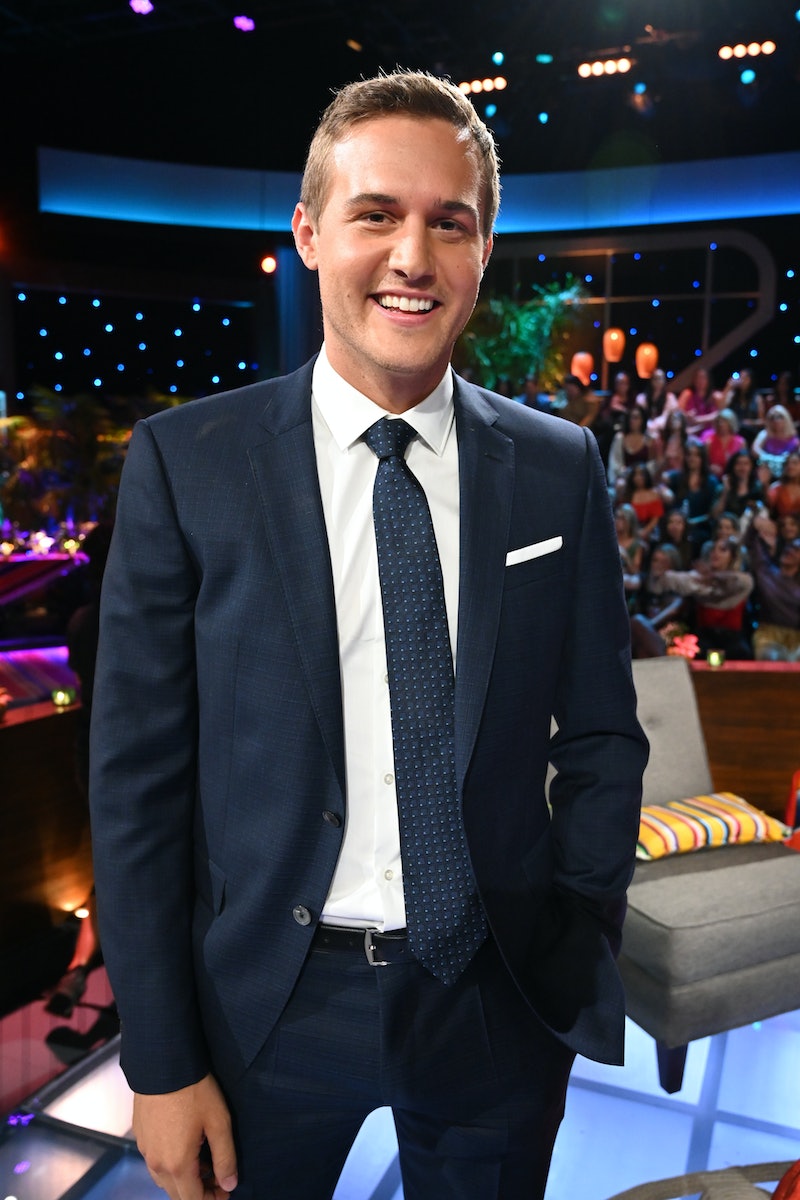 Bachelor fans are eagerly awaiting the start of Peter Weber's season, which is set to premiere on Monday, Jan. 6, however, his journey for love seems to be extending far beyond the reaches of the Bachelor mansion thanks to a very unexpected Instagram flirtation that has developed between Peter and Charlize Theron. It all began over the weekend when the Bombshell star posted a photo of herself next to Peter's Bachelor poster that reads "Expect Turbulence." Theron captioned the image with three little words: "Turbulence I like."

Theron has been a self-proclaimed Bachelor super fan for years, so the fact that she's rooting for Peter isn't all that shocking. In fact, she discussed her love of the show in depth during a chat with late-night host James Corden back in 2018. “I basically feel like, I am dating the Bachelor — like, the show,” she said during her appearance on The Late Late Show With James Corden. “On Monday night, because my kids can’t read a clock yet, so I just get them to bed at like 5:45 and then I have like — I open a bottle of wine, take a bath, I get all ready and then I watch The Bachelor and that’s my date night. I just date the show.”

Though, she was also quick to add that while she's a big fan, “I don’t want to be on the show. I want to just watch."

Yet despite her claims to the contrary, Theron is quickly becoming a focal point of the season before it has even begun — that includes capturing the eye of the Bachelor himself. Not only did Peter comment underneath Theron's original post, stating "Buckle up Charlize," but he also went so far as to post a photo on his own Instagram account of him standing next to one of Theron's Dior ads, writing, "Turbulence can be fun."

Theron has yet to make a comment underneath Peter's follow-up post, though a ton of his fellow Bachelor Nation members have responded to his smooth retort. "Shoot your shot!" former Bachelor Colton Underwood wrote, while series host Chris Harrison simply stated, "Well played kid...well played."

Odds are nothing romantic will actually become of this interaction, though celebrities have been known to date Bachelor members in the past with successful results. But at the very least, Peter knows he has an A-list star in his corner, rooting for him to find the happy ending he's looking for. And if he doesn't, well, perhaps this flirty exchange will have rose-worthy results.