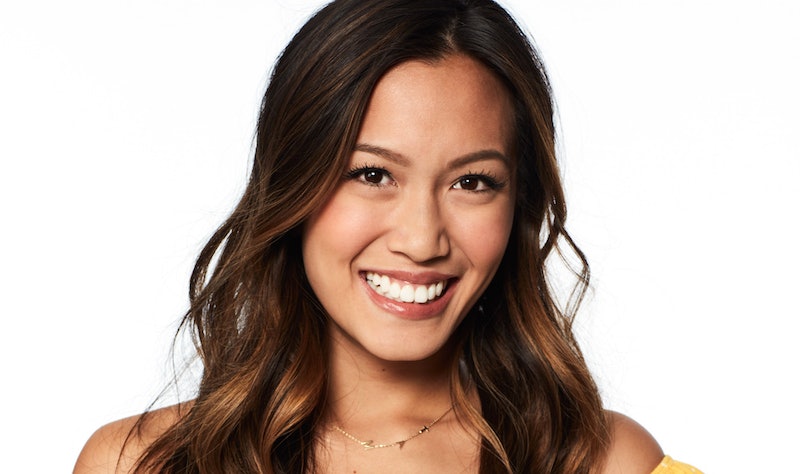 On Instagram on Tuesday, Bachelor star Tammy Ly addressed the online harassment she received on the heels of the show's reunion special the day before. The former contestant, a fan favorite turned villain, appeared on The Bachelor: Women Tell All with fellow eliminated contestants of Peter Weber’s current cycle to reflect on the season. During the segment, she verbally sparred with Kelsey Weier and Mykenna Dorn about some of the actions that occurred while the trio was still on the show.

“This. Is. NOT. Okay,” her lengthy post, shared via Notes app, began. “My goal was to never hurt anyone. I am a strong woman and I am not afraid to stand up for what I believe in. I do not want to sugarcoat things and will always say how it is — that’s just who I am.” She added, “I’m not a bully and I’m sorry if I came across that way. Does anyone argue the ‘right way’ when they’re angry or heated?”

Tammy continued, “Sometimes I don’t like to physically show my vulnerability, especially on TV. Growing up I fought so hard to never be a victim in my life and to always try to focus on the next positive thing which was incredibly hard to do.” She added that she wanted to be strong, outspoken, and “speak up” for “those who don’t get the opportunity.” Bustle has reached out to Tammy for comment.

In her post, Tammy also revealed past hardships to explain “why I am the person I am today.” Citing her parents’ divorce, her sister’s hospitalization, and her alcoholic ex boyfriend, Tammy described the hardships as "all things that hurt so badly and things I blamed myself for for so long.” She added, “I don’t regret any of those experiences because it made me the STRONG, thick skinned person I am today.” She added that while the “negative noise” of online hate generally doesn’t bother her, the “volume is a whole new level.” She wrote, “I am only human and I do have feelings.”

In Monday’s reunion special, Kelsey sparred with Tammy after she accused her of “drinking excessively” in the series. “You labeled me as an alcoholic, as emotionally unstable, and now people think that I'm something I'm not," Kelsey said. Tammy, however, contended that she came from a “place of concern.” Elsewhere, Mykenna slammed Tammy and said she “made me feel so bad” about herself. Towards the end of the chaotic reunion, host Chris Harrison and former Bachelorette Rachel Lindsay addressed the social media vitriol directed towards contestants as a whole.

"It's so unfortunate because people have become so comfortable being mean, and meaner than ever, on social media," Rachel said. “If we're ever going to fix this problem, we have to acknowledge the problem."

More like this
Zach Addressed His "Boring Bachelor Energy" After His Group Date With Latto
By Grace Wehniainen
Brianna Revealed Why 'The Bachelor' Premiere Was Tougher For Her Than You Saw On TV
By Brad Witter
A Guide To All Of Zach Shallcross' 'Bachelor' Filming Locations
By Brad Witter
Joey Essex Is Rumoured To Be Dating A 'Love Island' Favourite
By Sam Ramsden
Get Even More From Bustle — Sign Up For The Newsletter
From hair trends to relationship advice, our daily newsletter has everything you need to sound like a person who’s on TikTok, even if you aren’t.