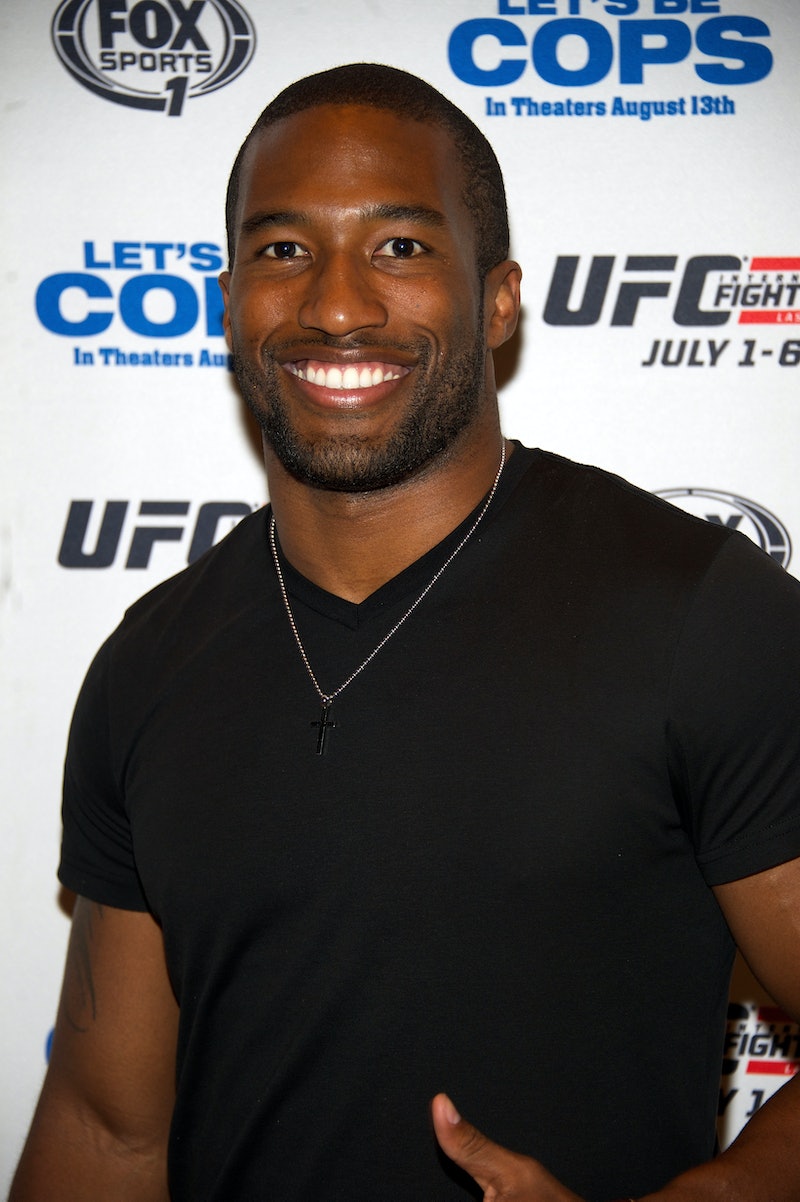 Amidst calls for The Bachelor to cast its first Black male lead, one man who almost got the job in 2014 is speaking out. In a new Instagram post, former Bachelorette contestant Marquel Martin slammed the Bachelor franchise for their "silence" about BLM, and encouraged them to stop "hiding behind your money" and make a real change.

On Monday, June 8, Martin — who competed on Desiree Hartsock's season of The Bachelorette and the first season of Bachelor in Paradise — posted a screenshot of a blog post he wrote in 2014 criticizing the show's lack of diversity after Chris Soules was chosen over him as the Bachelor. In his caption, he explained that he's been "troubled" by the nationwide protests after the death of George Floyd, and felt compelled to speak out. "It’s necessary to take action and it’s necessary to hold ourselves accountable," Martin wrote, later adding, "I would be remiss if I didn’t do my part in calling out the silence of The Bachelor/Bachelorette Franchise."

Martin also noted that while some of the people who work on the show may support the BLM movement, "it saddens me to see that you guys seem to be silent on the current state of our nation and the outcry of equality from my people (African Americans)! I am a proud black man and as a black man who was once a cast member on your show I take offense to your silence as a franchise."

In addition to calling out the franchise's lack of support for the BLM movement as a whole, Martin also addressed the fact that a Black man has never been chose as the Bachelor. "As I’ve said IN THE LETTER I WROTE (IN 2014!) race played a big role then, and it still does today," he wrote, adding that producers even called him out at the time for writing a post about not being chosen as the Bachelor. "I actually remember one of you calling me after I wrote this letter saying 'why aren’t you writing about Ferguson' assuming I didn’t care," Martin revealed. "Thinking back on it all of that shit was wrong and it needs to stop."

He continued with a direct message to producers, "Don’t hide behind money, speak up and support us like we MATTER, because we do!!!! We watch your show, we participate in your show and I’ve yet to see real change and acceptance." While Martin "loved" that Rachel Lindsay was cast as the Bachelorette in 2017, that "isn't enough" representation. "Don’t just check some boxes and think we don’t see you!"

Martin is the latest member of Bachelor Nation to call out the franchise for its mistreatment of its Black contestants (Martin, for example, says that he endured "racist comments" while on the show.) On June 5, Rachel said she's "embarrassed" to be associated with the franchise, and is done making excuses for the lack of diversity. "How can I sit back and be quiet when I am a part of something that isn’t as supportive or doesn’t reflect who I am?" she said.

On June 8, Bachelor Nation launched a campaign to encourage The Bachelor franchise to cast more men and women of color — and specifically, to cast a Black man as the next Bachelor. The Bachelor Diversity Campaign has already earned support from Rachel, as well as contestants like Mike Johnson and Tyler Cameron. Thus far, ABC and The Bachelor have yet to publicly respond to the campaign, but hopefully, posts like Martin's will encourage them to speak up soon.

More like this
'Bachelorette' Vet Clare Crawley Unveiled 2 Special Wedding Day Accessories
By Stephanie Topacio Long
'Love Island' Has Added Yet Another Bombshell To The Villa
By Bustle UK
Kylie Jenner Clarified How To Pronounce Her Son's New Name
By Jake Viswanath
Laura Anderson Pulled The Ultimate Girl Power After Her Break-Up
By El Hunt and Megan C. Hills
Get Even More From Bustle — Sign Up For The Newsletter
From hair trends to relationship advice, our daily newsletter has everything you need to sound like a person who’s on TikTok, even if you aren’t.