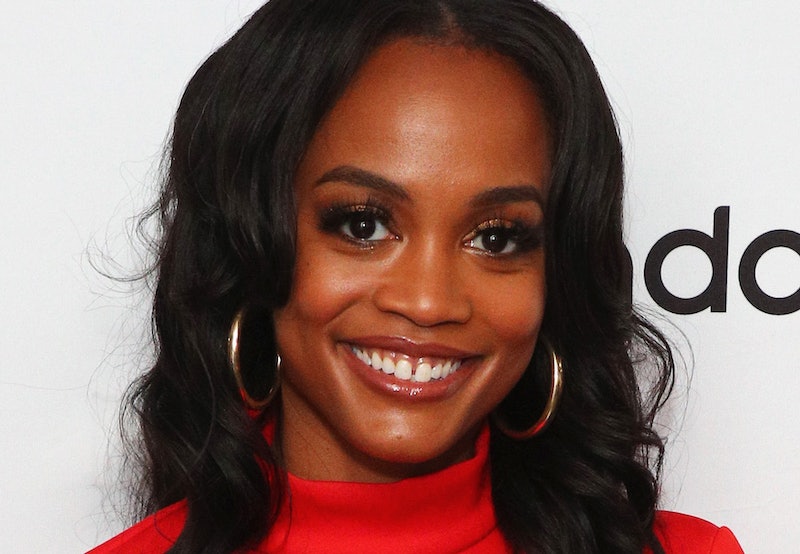 As the first and only Black lead in the Bachelor franchise, Rachel Lindsay called it “embarrassing” to be associated with the reality TV dating series. The former Bachelorette alum reflected on the ABC franchise’s lack of diversity in an interview with Page Six on June 5. In light of the nationwide protests surrounding the death of George Floyd, the Black man who died while pinned under a white police officer in Minneapolis, as well as the controversy surrounding former Bachelorette Hannah Brown using the N-word, Rachel told the publication she now feels more compelled than ever to speak up on racial issues.

“We have now casted for 40 seasons,” Rachel said. “There’s been one person of color in 40 seasons. We have 45 presidents. There has been one person of color. We are literally on par to saying that you are more likely to become the president of the United States than you are to be the lead of this franchise,” she said. “That is insane.” Rachel continued, “How can I sit back and be quiet when I am a part of something that isn’t as supportive or doesn’t reflect who I am? I just feel like if anybody is in my position, you couldn’t sit quiet about that.”

While she admitted that she might have “been a little bit a part of the problem” in that she “continued to make excuses” for the lack of change, Rachel acknowledged that it’s now “time to stop making excuses.” Citing the recent racial climate, she said, “When I look at what’s happening in our country, and then I look at the franchise, I can’t continue to be affiliated — it’s embarrassing honestly at this point — to be affiliated with a franchise who is not on the right side of this.”

In her interview, Rachel also implored people to not forget about the Black women killed due to police brutality, such as Breonna Taylor. She said of the EMT killed in her own home by Louisville police, “The cops haven’t been arrested in that situation, and it’s almost been very overshadowed because it fell in between the news with Ahmaud Arbery and then George.” She added, “I have to find myself continuing to remind people, ‘Don’t forget about Breonna Taylor.’… It is constantly this oversight when it comes to the social injustices toward Black women.”

The interview comes after other Bachelor alums have come to terms with past instances of racial ignorance. Former Bachelor contestant Victoria Fuller, who came under fire for a “White Lives Matter” photoshoot for marlin conservation in January, admitted to being “part of the problem” in a Black Lives Matter post on June 2. "I’ve taken time to educate myself, read, listen & although I can never fully grasp or understand I am willing to keep learning," she wrote on Instagram. "This isn’t a trend. This is a societal problem that needs change.”