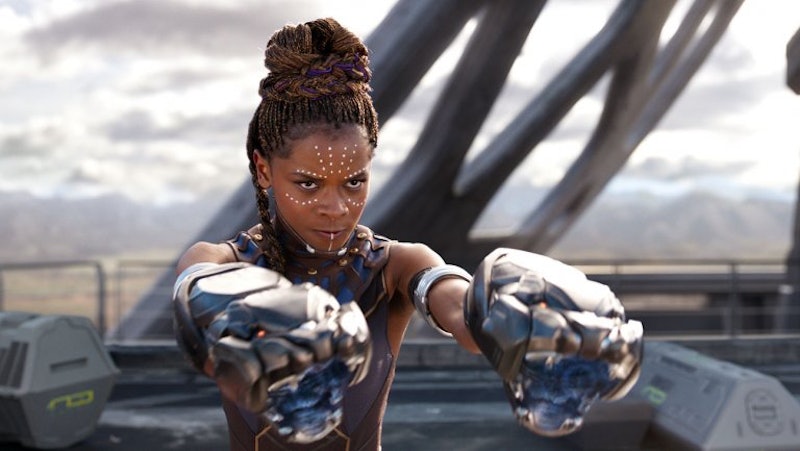 Dust off your ball gowns because the awards season is finally upon us. While many wait with baited breath to see which 2018 blockbusters will pick up the coveted awards, excitement is brewing because the BAFTA Rising Star 2019 Nominees have been announced and they're pretty damn cool. The coveted Rising Star Award ensures with a decent level of certainty a stellar career for its recipients, with previous winners including James McAvoy, Eva Green and John Boyega.

The creme de la creme of entertainment and media stars will gather for a night of extravagance, talent — and debauchery, no doubt — hosted by the Absolutely Fabulous actor Joanna Lumley. On the evening, the Rising Star winner will be announced. Since 2006 there have been just three female winners, compared to a staggering 10 male winners. While women have been nominated every year except 2012, there has been an overwhelming male majority (sigh). But we called out for more diversity and it seems that the academy has answered our prayers, with Princess Shuri herself Letitia Wright leading the 2019 nominations.

Wright's nomination should come as no surprise following her performances in Black Mirror, Black Panther, and Avengers: Infinity War. According to Fandango, she was 2018's highest box office earning actor due to her sensational year. Her Black Panther co-star Daniel Kaluuya was the 2018 Rising Star winner, and according to the BBC, Wright will star in sci-fi romance Hold Back the Stars with 2016 winner John Boyega. Looks like her stars are very much aligning.

Spreading more black girl magic across the nominations is theatre heavyweight Cynthia Erivo, who already has a Tony award, an Emmy award and a Grammy award under her belt, as the New York Times reports. A RADA trained actor, Erivo starred in the 2018 heist film Widows alongside Viola Davis and Daniel Kaluuya.

Talent show fans of the '00s will remember nominee Jessie Buckley from BBC's 2008 I'd Do Anything where she came second to Josie Prenger, as the Telegraph reported. Since then she has starred in alongside 2011 winner Tom Hardy in the BBC series Taboo and The Woman in White. She received critical acclaim for her portrayal in Beast, which won her a BIFA.

You may recognise other nominee Lakeith Stanfield from Get Out as Andre/Logan, who was one of the first black men to be abducted in the film. With many strings to his bow, Stanfield is not just an actor, but a poet and rapper as well, was even tipped for an Oscar nomination back in 2014 for the rap he wrote and performed in the film Short Term 12, , Hollywood Reporter noted. Stanfield also starred in Sorry to Bother You in 2018, while also continuing his role as Darius Epps on Donald Glover's Atlanta.

The final nominee, Irish actor Barry Keoghan got his breakthrough role in Christopher Nolan's Dunkirk. Keoghan had a difficult childhood, as the Irish Independent reports, which he possibly used to inspire his performance in films such as The Killing of a Sacred Deer which won him an Irish Film and Television role for Best Supporting Actor. Keoghan also starred alongside Evan Peters in the 2018 American Animals, based on the 2004 library heist in Kentucky.

The nominees this year were selected by a jury, including Bodyguard's Richard Madden and actor Rosamund Pike, the Independent reports. Juno Temple was the last woman to win the award in 2013 and this year Letitia Wright is the favourite to win, according to the Guardian, and break up the "boys club".

The EE BAFTA's will take place on Sunday 10 February, at its usual home of the Royal Albert Hall. Votes are now open to the public to choose their EE Rising Star winner.

More like this
Colin Firth Revealed His Favourite Mr. Darcy (& No, It's Not Himself)
By Sophie McEvoy
We’ve Got A Text! 'Love Island' 2022 Finally Has A Release Date
By Sam Ramsden
'Love Island’s Biggest Draw Is Still FOMO
By Chanté Joseph
Kourtney Kardashian & Travis Barker Are Married – Officially
By Sophie McEvoy
Get The Very Best Of Bustle/UK