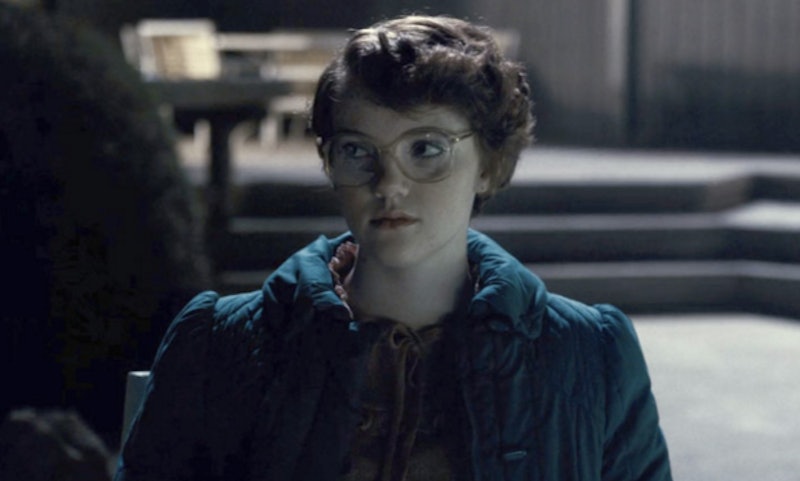 Actor Shannon Purser, who portrayed everyone's favorite bestie Barb in Stranger Things, just got cast in a romantic comedy, and it sounds beyond brilliant. As reported by Deadline, Sierra Burgess Is A Loser is a modern take on the infamous Cyrano de Bergerac story, and Purser will play the titular character. According to Deadline, when Purser's character "finds herself in a text-only relationship with her 'crush' she enlists the help of the queen mean girl in hopes of keeping the charade going as long as possible." The movie sounds all kinds of brilliant, and casting Barb in the lead role just made it a must-see.

The tale of Cyrano de Bergerac has been updated so many times, including in the '90s classic The Truth About Cats And Dogs, the Steve Martin movie Roxanne, and even in My So-Called Life. The modern angle that Sierra Burgess Is A Loser takes on the story, by integrating text messaging and high-school hierarchies into the script, makes the movie sound super relatable. Purser's casting comes after a heap of online fan love was heaped upon her thanks to her scene-stealing turn as dowdy, faithful friend Barb in Stranger Things. Her awesome performance in the Netflix series undoubtedly helped her land such an exciting role.

Written by Lindsay Beer, Deadline describes Sierra Burgess Is A Loser as "a female-empowerment film that takes on bullying, confidence and identity in the digital age," which definitely sounds like something I need to watch immediately. Beer is an up-and-coming screenwriter who previously worked in the writers' room for the Transformers franchise. According to IMDb, Beer has several high-profile, forthcoming projects, including the Barbie movie, and Dungeons And Dragons. She sounds like a person whose career is about to go stratospheric, much like Purser, in fact.

Casting the actress in a rom-com is the perfect move, and has definitely made me want to see Sierra Burgess Is A Loser. Surely, her character will have a better fate there than what happened to dear Barb on Stranger Things.