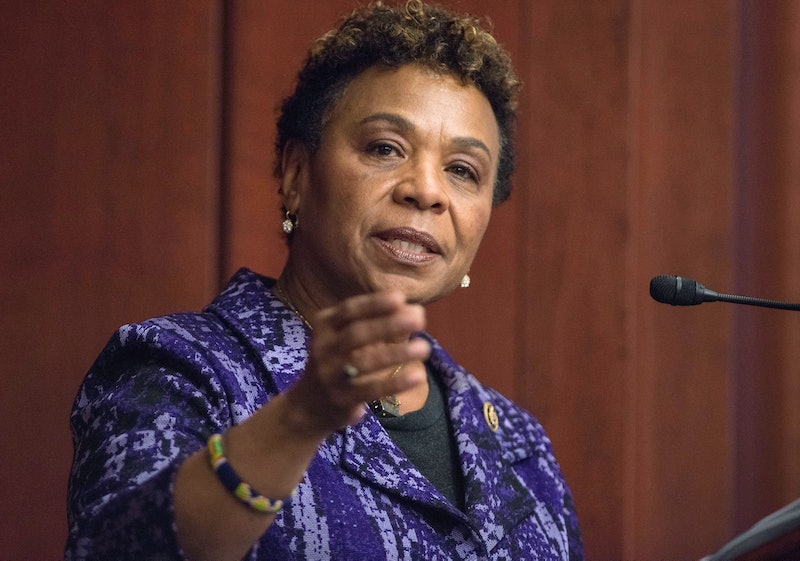 A Democratic congresswoman could become the first black woman to ever hold a position of leadership within either of the country's two major political parties. California Rep. Barbara Lee will run for the House Democratic Caucus chair, she announced Monday.

"I am so inspired to fight alongside you as we work to win back the majority," Lee said in a letter announcing her candidacy to her House colleagues. "There is nothing more important than returning bold Democratic leadership to Congress."

Lee is the second person to have officially entered the race for House Democratic Caucus Chair, a position that will become vacant next session due to Alexandria Ocasio-Cortez's defeat of Rep. Joe Crowley, the current chair, in New York's June primary. Fellow California Rep. Linda Sanchez announced her candidacy last week.

But Lee's candidacy could end in a historic milestone. Should she win her bid for Democrat's fourth-highest leadership position, Lee, who has served in Congress for 20 years, would become the first African-American woman to ever occupy such a leadership role in either the Democratic of Republican party.

According to Politico, Lee went on to say that African-American women have already shown that they can "lead not only our communities, but lead our country, on the very tough issues facing us."

In announcing her intention to run for House Democratic Caucus Chair in the 116th Congress to her colleagues, Lee said her candidacy was based on three beliefs: that the strength of the Democratic caucus lies in the party's diversity, that the party was at its best when everyone was given the opportunity to contribute, and that they must continue to work to improve all peoples' lives.

"By putting people first, we will regain the majority and strengthen it for the future," she wrote in her letter. "It is an honor to fight this battle together."

With voting for House Democratic Caucus chair not expected to take place until after this year's midterm elections are over in November, there's still time for other candidates to enter the race.