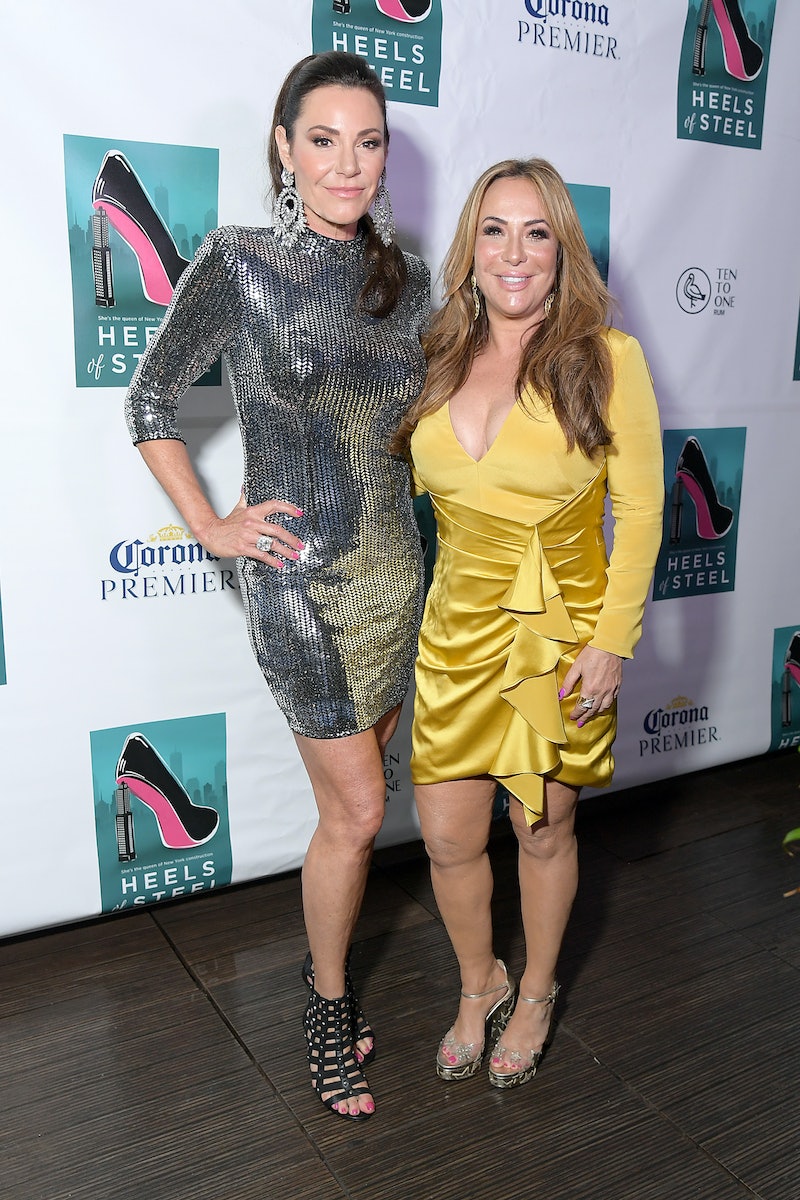 Up until the Miami trip, Real Housewives of New York cast member Barbara Kavovit was an unwavering Luann de Lesseps supporter. But thing have changed over the course of the season and Barbara and Luann’s friendship has to be on the rocks based on the comments Barbara made during her Christmas cabaret performance on the June 27 RHONY episode. And weirdly enough, this isn't the first time she slighted the countess in this way.

Barbara seemed like Luann's only friend in the cast since she's the sole person who actually stayed for Luann's show after the countess booted Barb, Dorinda Medley, Tinsley Mortimer, and Sonja Morgan from her dressing room. However, she was not her biggest fan in the audience that night.

Barbara was listed as "Luann's friend" when her name popped up on the screen, but that's not how she acted . The friend sitting with Barbara asked, "So, this is just her on stage?"

Barbara explained, "No, she has other acts come on." She probably should have stopped there, but she actually had more to say. The RHONY newcomer told her friend, "I don't think she can ever really hold the show by herself. I mean, she, she can't really sing." That is rough.

In Barbara's defense she is new to this show and she probably didn't think the crew caught those comments on camera. The scene wasn't well-lit, it was filmed from far away, and there were subtitles, which are all indications that no one expected to use the footage.

Not only that, but Barbara is only a "Friend of the Housewives." She's not a full-time cast member and she was sitting with a random person, she probably didn't think the remarks were filmed.

However, she really should have been more cautious, considering her first appearance on this show. No, the Season 11 premiere episode wasn't actually the first time that we met Barbara. The RHONY historians know that Barbara had another hot mic moment back in Season 9. And conincidently (or not) this incident involved Luann.... and the unforgettable Tom D'Agostino.

In a conversation with then-Housewife Carole Radziwill at an event, Barbara questioned the strength of Tom and Luann's relationship. She told Carole, "I think she has something to prove." Then, Barbara remarked, "She’d rather go through with it and get divorced than call it off." The scene was not caught on camera, but Carole had a microphone on and the audio was included in the episode.

Barbara was so upset that she actually went to court to stop the conversation from being aired, but the case was thrown out. With that said, it's actually pretty surprising that she decided to be a willing participant in this show after that incident.

Clearly Barbara did not learn a lesson from that experience. After standing by Luann's side for most of the season, the other cast members weren't quite sure how to receive her, preventing her from getting close with them. And now, she (most likely) upset Luann.

All in all, Barbara did not end this season on a great note, but at least it's better than all of the notes Luann can hit. Or that's probably what Barbara was thinking watching the episode.... and her many cabaret peformances.