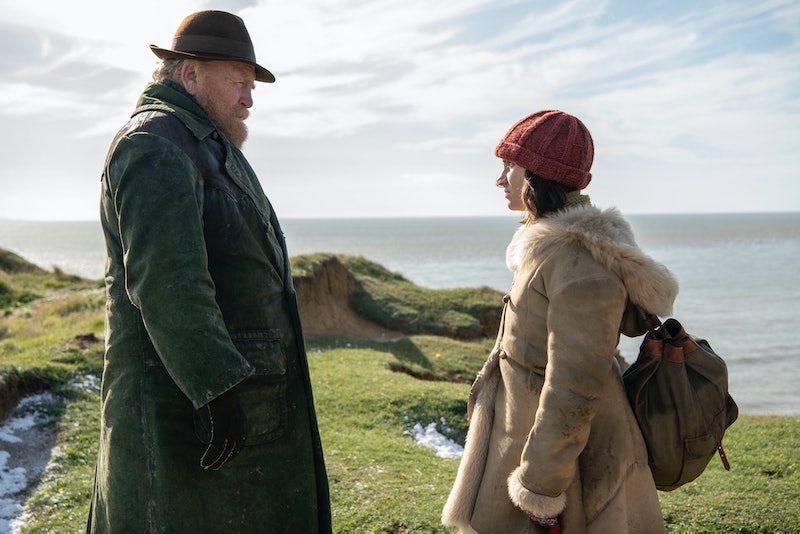 Now nearing the halfway point of Series 1, BBC's His Dark Materials adaptation has already surpassed my expectations. With a star-studded cast and a juicy HBO budget, Philip Pullman’s famous trilogy about a young girl called Lyra and her adventures across multiple universes has been loudly brought to life. The adaptation is reimagining the story in a way nobody would have anticipated.

I have some memories of hearing about His Dark Materials series growing up, but for whatever reason, I didn’t read them, nor did I watch the film adaption The Golden Compass — in fact, I knew nothing about the plot. But this year, I finally delved into the trilogy and was rather annoyed it had taken me this long to read. I entered a magical world full of witches, armoured bears, and inner selves in the form of animals (known as daemons), which also critiques organised religion. It reignited my imagination and pushed my mind to believe in concepts so far from reality. In fact, I’m still astounded that these are children’s books, with complicated plots and universally adult themes — some of which I am still struggling to digest.

So, when I found out that HBO and BBC would be collaborating to adapt the trilogy for the small screen, I was ecstatic. As a literature and film and TV fanatic, there’s honestly nothing more satisfying than falling in love with a story and then falling even deeper as an adaption unfolds.

One of the most surprising aspects of this TV series so far is how they've managed to combine the first and second books in the trilogy —Northern Lights and The Subtle Knife. So if you were hoping to catch up on the remaining books after the TV series, by episode two we’re already deep in spoilers. Originally I assumed, like most adaptations, the show would follow the same order as the books, but when the conniving Lord Boreal first leaves Lyra’s magical world and enters ours so early on in the series, which is something the reader does not discover until the second book, it’s clear the approach to adaptation is something completely fresh.

This means the TV series will actually be more accurately chronological than the books. As a reader, you receive a lot of information in retrospect, following one universe at a time as the books go on, whereas the show has cleverly decided to overlap worlds. Fans of the books will be happy to know Will, the second most important character, will be featured in this series. And we’ll have to wait and see if and how ‘The Amber Spyglass’ will be incorporated.

What I'm enjoying most about ‘His Dark Materials’ is the perfect casting. Ruth Wilson was born to play the evil and intriguing Mrs Coulter, and Dafne Keen portrays the perfect amount of independence as Lyra. But it’s the ethnically-diverse cast that really makes my heart sing. I still haven’t quite forgiven Warner Brothers for the ridiculous recasting and whitewashing of Lavender Brown in the 'Harry Potter' films. Or the unnecessary uproar when Rue in ‘The Hunger Games’ film was played by Amandla Stenberg. It’s so easy in literature to assume whiteness as the default when a character’s ethnicity isn’t specified. But who’s to say Will Parry isn’t a person of colour or that John Faa, King the Gyptians, isn’t black? If our imagination can stretch as far as multiple universes and talking animals, then it surely can encompass worlds where people from all walks of life exist. The adaptation sets a precedent for other fantasy worlds that still are majority white.

For me His Dark Materials is near perfect and I can’t wait to see what the next few weeks entail. So far my only (extremely nitpicky) critique is the general lack of daemons in the background shots. I spent most of the first episode scanning for signs of animal life. But to be fair, good VFX aren't cheap, and it takes a lot of time and craft. And when we do see their daemons close up, the animals are astoundingly photo-realistic adding even more depth to their partnered human characters.