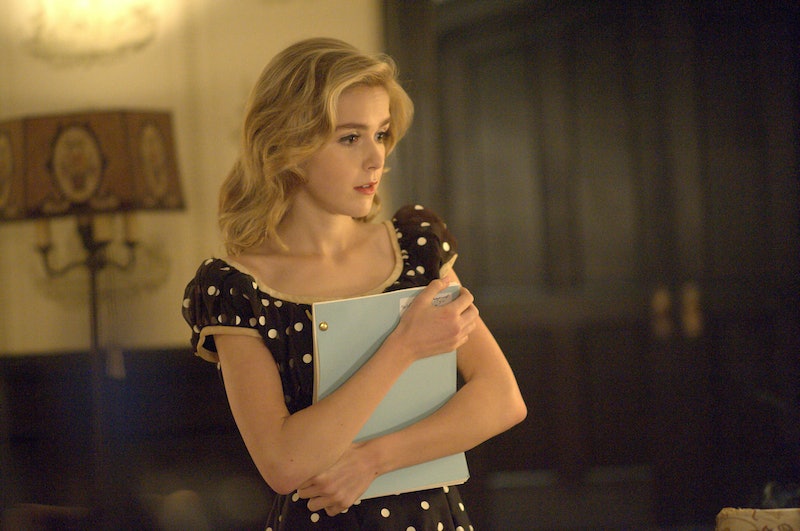 Bette Davis' daughter with William Grant Sherry, nicknamed B.D., married at just 16 years old. The mother-daughter relationship has been chronicled in Ryan Murphy's anthology series, Feud, and will also focus on the beginnings of B.D. Davis' relationship with her husband, Jeremy Hyman. And, though she married young to someone years older than her, B.D. is still married to Hyman today.

According to People, B.D. claimed that Bette was slightly obsessed with her daughter's dating life. B.D. said that her mother was a virgin when she first married and that she allegedly always regretted that choice, so she allegedly relied on living vicariously through her daughter in that department. Bette is quoted in the book, Bette & Joan: The Divine Feud as allegedly saying about B.D., "Great face, great body, and smart too. If I had a fraction of what she’s got, I’d be married to a millionaire and be miles away from this fucking town." So, you can imagine from that quote alone what Bette might have thought when her daughter ended up marrying (with her mother's reluctant blessing) her husband when she was only 16 years old.

B.D. met her husband, Jeremy Hyman thanks to What Ever Happened To Baby Jane? B.D. had a very small role as the daughter of the neighbor in the film and Hyman was the nephew of Elliot Hyman, the owner of the company that produced What Ever Happened To Baby Jane?. There was also the matter of Hyman being 29 years old at the time, which made him 13 years older than B.D. Some may be shocked to learn that after about 54 years of marriage, they are still together today.

Nowadays, their life is far away from Hollywood. B.D. is a born-again Christian who heads up a church in Virginia. She has written some books after publishing My Mother's Keeper, but they are mainly religious books. All in all, she and her husband have defied the Hollywood odds and remain happily together to this day.

More like this
What Song Does Eddie Play in 'Stranger Things'? Metallica’s “Master Of Puppets” Ignites The Season 4 Finale
By Alyssa Lapid
At 14, Jenny Han Wrote Rom-Coms About Her Friends & Fan Mail To Leo DiCaprio
By Alyssa Lapid
10 Must-Read New Books Out This Week
By K.W. Colyard
Ottessa Moshfegh Is Happy To Be Your “It” Girl
By Arya Roshanian
Get Even More From Bustle — Sign Up For The Newsletter