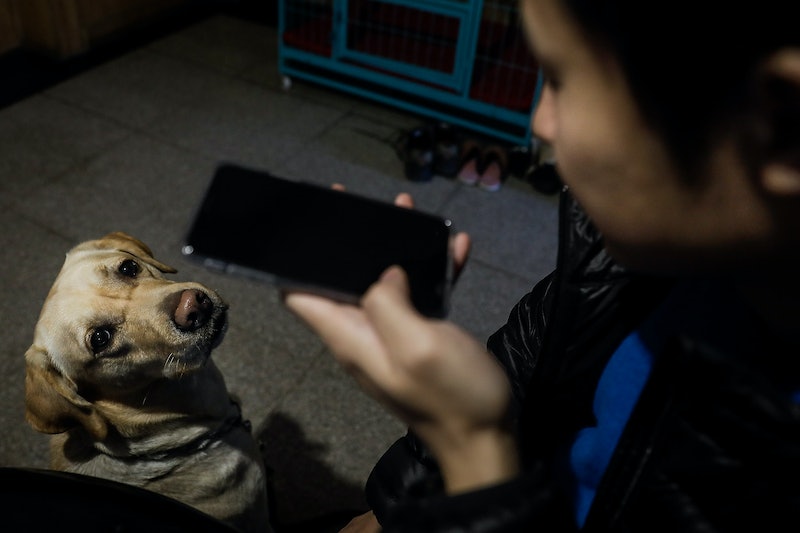 "There’s this app where you can help a blind person with a problem they’re having and it’s mad wavy," the now-viral tweet from user @FlyGuyFrancis98 reads. The tweet has garnered more than 60,000 retweets and more than 130,000 likes. But more importantly, it's driven more than 100,000 new users to the app, Alexander Hauerslev Jensen, community director at Be My Eyes, told Teen Vogue.

He added that he thinks people are so quick to join Be My Eyes is because "it is very easy to understand the value of Be My Eyes for everyone, and there is something very pure and good about the connection between people. I think it is very human to want to help someone, but on a busy day, it can be hard to find the time. That is why Be My Eyes works so well — because it is very easy to have a big impact on another person's life."

Becoming available to help as a sighted user through Be My Eyes is super simple. The app is free to download, and once it's loaded into your phone, it asks for your name, email, a password, access to your phone's camera and microphone, and which language(s) you speak. Add in your information, give Be My Eyes permission to work with your phone, and voilà — you're officially logged on to help. For blind and visually impaired users, the signup process is exactly the same, requiring the same information. As soon as you finish signing up, a nearly screen-size button pops up in the app, offering to let you call the first available volunteer.

Demmitt's experience with the app showed that it's available around the world. "On my first call, someone in Stockholm, Sweden answered. It was morning for me and evening for them. The volunteer helped me choose between a regular coffee and a decaf coffee pod for my Keurig," Demmitt explained. "All I had to do was point my phone at what it was I wanted to see and it showed up on the camera."

Not only does Be My Eyes have an impact on the nearly 80,000 blind and visually impaired users who can connect with sighted volunteers at a moment's notice, it's clearly having an impact on those sighted volunteers as well, including one volunteer who tweeted, "Bruh, this could really help not just the blind but the person helping them. Just thinking about helping a blind person is decreasing my anxiety. This is cool af."

By My Eyes can make a huge difference in the lives of blind and visually impaired users, and there's nothing cooler than that.