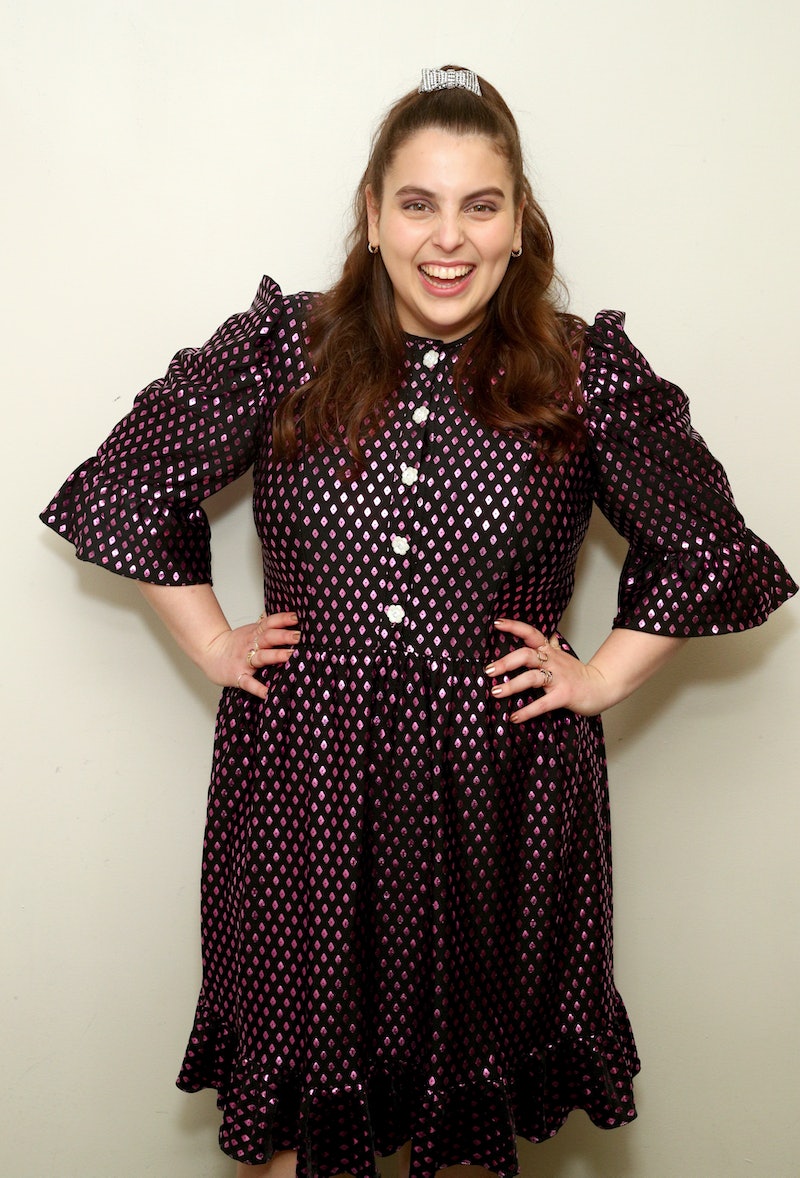 Despite the various snubs that can be found surrounding the 2019 Golden Globe nominations, there's one nominee in particular who has truly earned her place in the line-up. Booksmart star Beanie Feldstein is nominated for a Golden Globe for her role in the film and her reaction to the news is simply too pure for this world. That's mostly because she was too busy celebrating the nominations of her fellow friends to initially notice her own success.

Feldstein is close friends with her Booksmart co-star Kaitlyn Dever as well as The Politician's Ben Platt, both of whom were nominated in other Golden Globes categories. As soon as Feldstein saw Dever's name pop up as a nominee on Twitter, she immediately started celebrating and freaking out in a way only a BFF could. “I FaceTimed her — I am so over the moon for her and her performance is one of the most exciting things to exist," Feldstein told TheWrap. "I would be nowhere without her, I was just over the moon.”

She was equally thrilled to see Platt's name appear as a nominee shortly thereafter, which prompted yet another excitement-fueled FaceTime session and makes Feldstein's own nomination all the sweeter. "It’s just completely surreal, it feels like a morning out of my wildest dreams," the actor said about her Globes nod for Best Performance by an Actress in a Motion Picture — Musical or Comedy. "I get to be there with my closest, truest friends.”

But it isn't just the company that she'll be keeping that has Feldstein so excited to attend the Golden Globes come January. She's thrilled that the Hollywood Foreign Press Association (HFPA) is continuing to support films that star young women and credits Emma Stone as being a role model for her while growing up.

“I remember when Emma Stone got nominated for Easy A and how inspiring that was,” Feldstein recalled during the same interview with TheWrap. "A performance of a young woman in a comedy was recognized in the awards circuit with other huge movies." And now, Feldstein gets to be apart of that history and serve as a source of inspiration to other young women, much like Stone was for her.

It's also worth noting that Booksmart was both directed and created by women. Olivia Wilde served as director of the film, which was based on a script by Emily Halpern, Sarah Haskins, Susanna Fogel, and Katie Silberman. (And yet, the Golden Globes didn't nominate a single female director for, uh, reasons?) Feldstein's recognization is certainly a step in the right direction, but it's clear the industry still has a long ways to go — and a lot to learn — in regards to gender equality.

More like this
How Andrea Riseborough Got Nominated — & Almost Disqualified For An Oscar
By Jake Viswanath
12 Years Ago, Austin Butler Manifested His Oscar Nom In This Disney Movie Scene
By Jake Viswanath
Vanessa Hudgens Is Reportedly Engaged To Cole Tucker
By Jake Viswanath
Pamela Anderson’s Dating & Marriage History Could Be Its Own TV Series
By Jake Viswanath
Get Even More From Bustle — Sign Up For The Newsletter
From hair trends to relationship advice, our daily newsletter has everything you need to sound like a person who’s on TikTok, even if you aren’t.