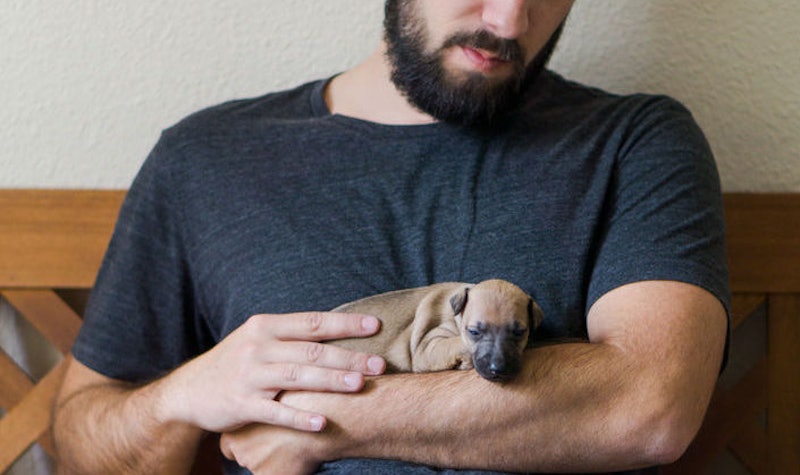 Do you ever feel a bit grossed out by dogs? Like even if you super love them, all that bum sniffing and licking everything in sight is low-key gross. So what if I were to tell you that in actual fact, they may be less germ-ridden than your average hairy man? Because guys, some research has suggested that beards may have more germs than dogs.

Don't you just love this kind of research and also like wonder who funded it? Not the British Beard Club anyway. Seems like it's really not great news for germaphobes who have a thing for people with beards, because this evidence is pretty compelling. As in men with beards showed a higher microbial count when they were compared with 23 out of the 30 dogs included in the survey.

Don't believe me? Like a lot of great things in science, Fleming and his petri dish, the X-ray, this was found out by mistake. In this case the research was being undertaken for completely different reasons. Reasons that were in fact aiming to find out if men could pick up diseases from dogs in their beards.

The research was conducted by by the Hirslanden Clinic in Switzerland. The clinic, which is near to Zurich, aimed to find out whether it would be hygienic to use the same MRI scanner on both humans and dogs. In order to carry out this study they gathered 18 men and 30 dogs to be precise. Both the humans and canines came in all shapes and sizes and the tests were straight forward enough. Using swabs, the research team took samples from the necks of the cute little doggies and they also took swabs from the beards of the human participants.

So how did they do? Well, luckily for dog owners — looks like your furry friend isn't what you have to worry about, with only seven of the 30 dogs having a high microbial count

However guys, things are about to get a tad troubling. Wait until you hear how the beards did. Turns out that every single one of the blokes, aged from 18 up to 76, had high microbial counts. Yes, that hipster babe you've had your eye on may or may not have more germs on him than a dog. Actually according to this study, does have more germs on him than a dog. Get this, seven of the men's beards had so germs that they were at risk of getting ill. From their own facial hair. I don't know about you but I'm shook.

Dr Andreas Gutzeit of the Harlsden Clinic told the BBC that the results are undeniable. "The researchers found a significantly higher bacterial load in specimens taken from the men's beards compared with the dogs fur. On the basis of these findings, dogs can be considered as clean, compared with bearded men".

With results like this it's pretty clear that if you get a bearded person and/or a dog, regular grooming is essential to keep that microbial count down.