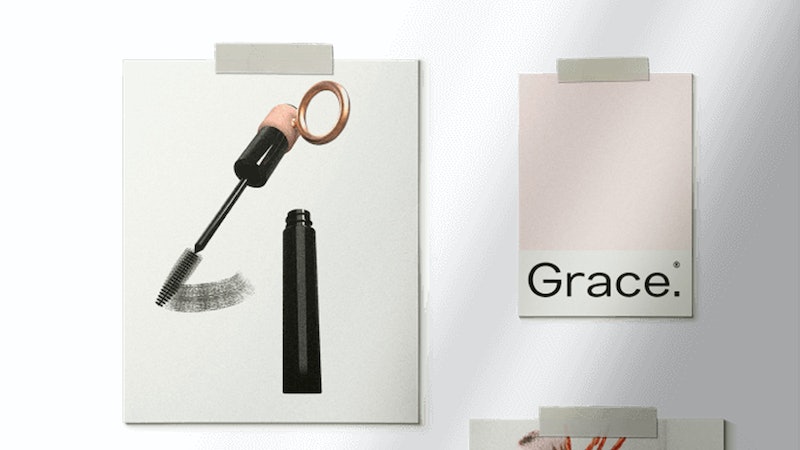 Even the most fanatic of makeup lovers can find applying mascara, eyeliner, and lipsticks a chore. For those with certain disabilities, the process can be a gargantuan task. Sometimes, it's an impossible one. So a company that focuses on making this small but vitally important part of life easier for the disability community was always going to result in fanfare. And that is the exact ethos of accessible beauty brand Grace.

Back in February, Grace began its Instagram presence. "Anyone, regardless of ability, should be able to use any beauty product they want to," states the brand's site. "To help this cause, we’re making accessories for people with disabilities." Because it's not the makeup that's the problem, but the packaging it comes in.

Grace is starting with mascara; a tricky product for even the steadiest of hands. But conditions such as arthritis and cerebral palsy can make mascara application altogether more difficult. To assist, the brand has announced the launch of three add-ons. Each grip is designed to secure onto any mascara tube and can be reused again and again for years to come.

There are different shapes to suit different people. The Ring Grip comes with a circular attachment (big enough for any finger) that means you won't have to hold the tube tightly or worry about dropping it. For this reason, the tool is ideal for people with tremors.

Then there's the Square Grip. This hexagonal accessory can be attached to both ends of your mascara, making opening, closing, and general control of the product a hell of a lot easier. Finally, there's the Safe Grip. With two-ball like attachments, it's super easy to hold and control and doesn't require a narrow grip.

Every single one of Grace's products costs £8. And if you pre-order by April 1, you'll receive a 20 percent discount. The brand is also encouraging customers to join its community. It wants your input on future tools and to hear your personal stories. Joining will also put you on the list for early bird deals and access to prototypes.

Grace has already received a whole lot of attention on Twitter. One person's celebratory tweet has received almost 10,000 retweets and over 30,000 likes. The comments are a testament to why a brand like Grace needs to exist in the world.

"I don't think anyone really understands how much I need this. I have permanent tremors and putting on mascara is literally impossible for me," noted one person. Another commenter also praised the low price, writing: "That's awesome. It sucks when things are made to help with accessibility but not everyone can actually access the product."

Grace is expected to launch more accessories in the coming year. But, as one Twitter user pointed out, those struggling to apply winged eyeliner right now should look to The Vamp Stamp. Designed by Veronica Lorenz (a makeup artist who lost feeling in both of her hands after surgery to remove a tumour), the tool allows you to symmetrically and flawlessly stamp on eyeliner in just a few seconds.

Inclusivity is finally gaining the attention it deserves. Seems like the rest of the beauty world should take note.