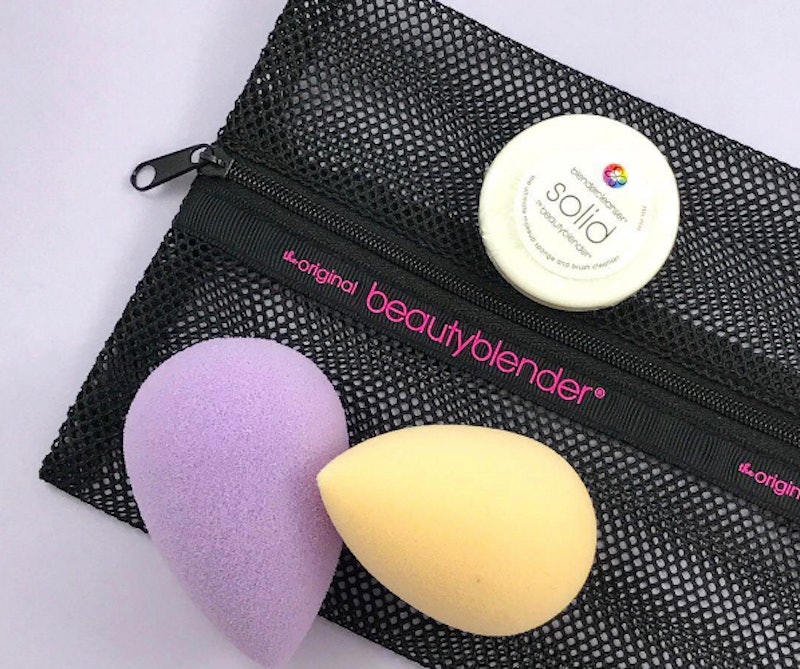 In case you missed it, the most anticipated shopping event of the summer is here. The Nordstrom Anniversary sale isn't just for fashion though. BeautyBlender's exclusive bundle proves that the beauty buys are just as good as the clothing deals. If you only buy one thing from the sale this year, this is the kit. Not only does it save you money, but you get exclusive products as well. You'll have to hurry though, because a deal like this doesn't last forever.

The are tens of thousands of items up for grabs for the Nordstrom Anniversary Sale. While it's fun to get new and exciting finds, this kit proves that buying staple products is just as fun. The air.port.pro Makeup Sponge Applicator & Large Cosmetics Bag Set by BeautyBlender has two makeup sponges, a mini solid cleanser, and a large travel bag all for $35. Considering that it's a $66 value, this is once heck of a deal.

According to the BeautyBlender Instagram post, the two sponges are both exclusive colors. Basically, you need them to complete the ultimate makeup sponge collection. Plus, you won't be able to but the makeup bag anywhere else, either. This set is all sorts of wonderful.

Of course, this deal is too good to stick around forever. You never know how long Nordstrom Anniversary Sale items will last. As of July 22, the set is still in-stock on the Nordstrom website I wouldn't rely on it being there for long though.

In case you're wondering, this is the one and only exclusive from BeautyBlender for the sale. Of course, there are tons of different items from the brand on Nordstrom's website, but none of them will give you as great of a deal as this one.

What are you doing still reading this? Head over to the Nordstrom website before it's too late. Because once people catch wind of a deal this great, it will by flying off the virtual shelves.