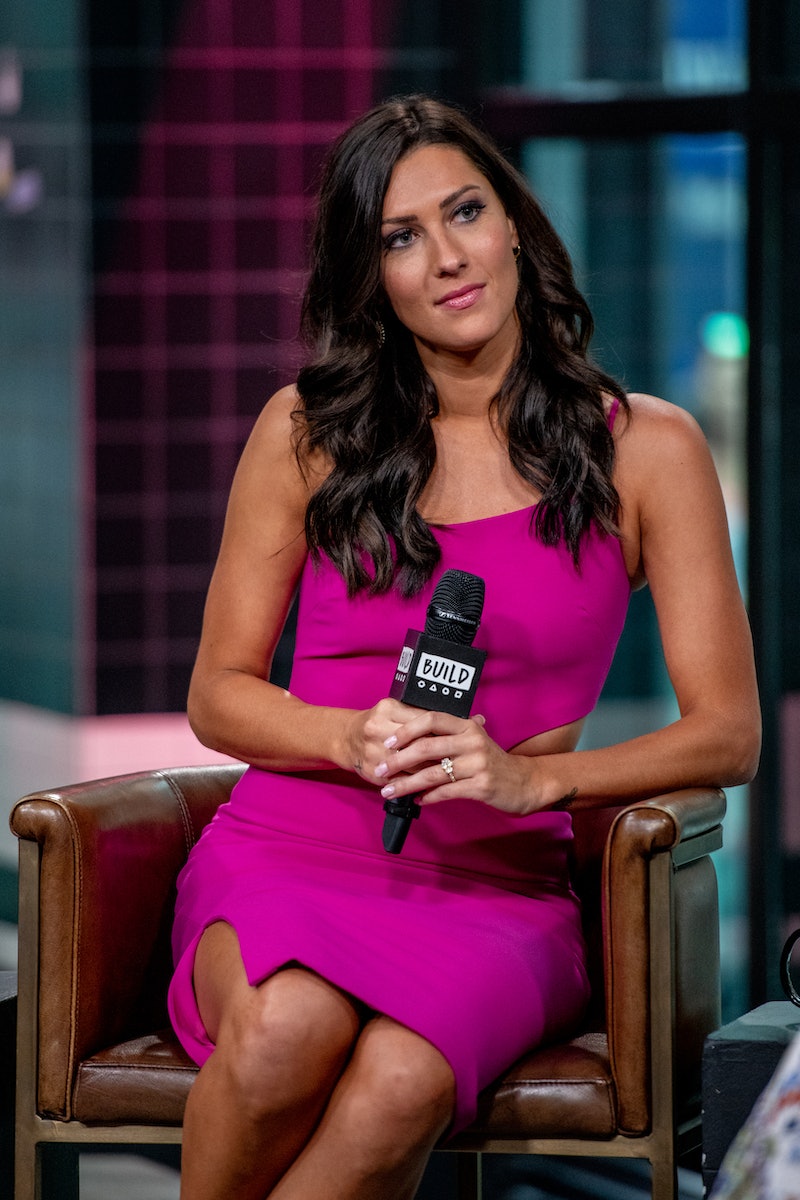 Becca Kufrin wants to remind everyone that she's just fine as she is. Having been engaged and broken up with on TV — and then engaged again — Kufrin has bared it all. And as a result, she's faced no shortage of negative media speculation. Now, Kufrin is opening up about her post-Bachelorette mental health, calling out social media trolls on Instagram with the hashtag #AsSheIs.

On Nov. 6, Kufrin posted a makeup-free post with her Corgi on Instagram and captioned the photo with a lengthy reminder of the toxicity of social media. In the caption, the former reality star recalled the past two years, in which she was thrust into the limelight after first appearing on The Bachelor, and the criticism she's faced for her appearance and relationships. "Nothing could prepare me for the amount of constant commentary and opinions being thrown at me," she wrote in part. "This feedback not only includes criticism on my love life, but on how I look, speak, dress, and apply (or don’t apply) my makeup."

According to her caption, all of these critiques ultimately took an overwhelming toll on Kufrin's mental health, and she admitted to having days where she didn't want to leave bed due to anxiety.

Part of what made the criticism so difficult to manage, the reality star said, was social media. And, as social media continues to grow, Kufrin is worried that the antagonism online will only grow with it. "Because of that, so will our insecurities, jealousies and hurdles we face as women," she shared. "And it’s the unfortunate truth that social media is linked to a significant increase in anxiety, depression, suicide and body image issues."

Now, the one time Bachelorette wants to use her platform to try to change how social media users communicate, specifically women. In her lengthy caption, she implored her female followers to focus on each other's positives, and avoid making nasty comments on social media. To that end, she highlighted the #AsSheIs challenge, made specifically to celebrate women going unfiltered on Instagram.

Kufrin's message of spreading positivity online isn't exactly new. However, it is indicative of an experience that only a minority of us go through — starring on The Bachelorette and baring one's emotions for the cameras. In fact, Kufrin is far from the only Bachelorette who has opened up about mental health on social media after starring in the series.

Bachelorette alums Kaitlyn Bristowe and Hannah Brown experienced slut-shaming first-hand during their seasons, and they've both spoken about how discouraging the public scrutiny can be. And other Bachelor alums, like Tia Booth, have spoken out about how hard it is to have fans and media constantly obsessing over details of their private lives.

So, next time you want to comment on a Bachelorette's Instagram — or anybody's social media, for that matter — maybe follow Kufrin's lead. "Spread a little kindness," she encouraged her followers, "tell a stranger how contagious her smile is in a recent photo, double tap a compliment, and remember to go easy on others and yourself."