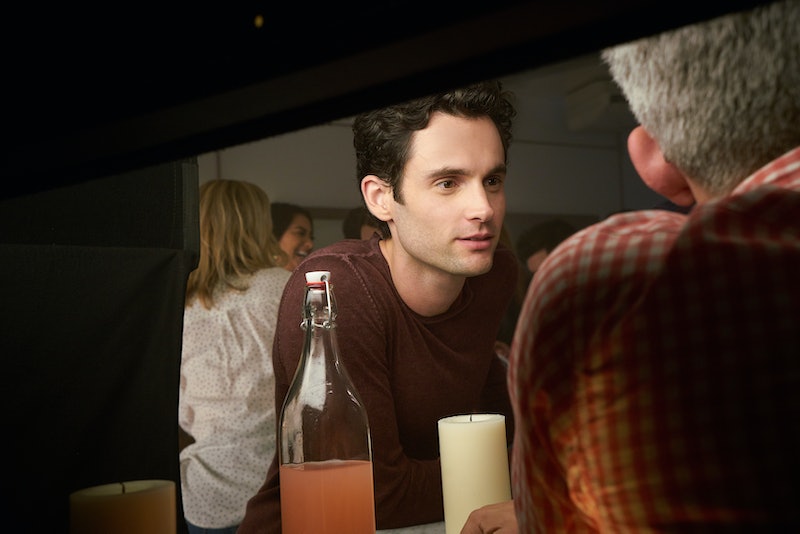 Lifetime’s You sets up a ghoulish proposition — what if the guy you had just met started running into you… everywhere? Romantic comedies have taught us that this is all fate, but in the case of Joe and Beck on You, Joe is stalking Beck’s every move because he thinks she is “special.” Unfortunately, Beck thinks that their whole relationship — that’s been manufactured completely by Joe stalking her on social media and in his downtime — is consensual and organic. Beck’s lack of agency on You may be the scariest thing about the show, and it sets up an interesting question about what equality might actually look like.

Joe saved Beck’s life once in a subway station and now is the Nicest Guy On The Planet when it comes to her. She likes him enough to sleep with him and go shopping for furniture with him, the latter of which is probably the more intimate of the two. (Going to IKEA as a couple is like climbing Mount Everest.)

Beck even takes Joe to a party, and she admits to her friends that she “might really like him.” Peach (Shay Mitchell), Beck’s friend, is no, well, peach, but she seems to ascertain enough about Joe by looking at him to think that she should be concerned for Beck’s mental health. It’s not just that he “works at a book store," which she deems below her, it’s that he’s kind of creepy, too. Beck rebuffs Peach, saying that she just doesn’t know him. But, neither does Beck, and if she knew how much "research" Joe had done on her before they actually met — or that he kidnapped her ex, masturbated in front of her brownstone, or broke into her home — she might not.

Beck does huff and puff about not knowing who Joe “really is,” and he gives her a little bit of a backstory and something about an ex-girlfriend, Candace, who is sure to pop up later in the series. Unless he killed her, which, knowing what we know about Joe, is a distinct possibility. Joe has a real ability — one he is proud of — to talk himself out of most situations, and his answers mollify Beck for the present time. Beck thinks she is falling for a guy that she happened to meet at a book store, and that she’s slowly letting him into her world. But she is not in control

Joe’s token nice guy act is working on Beck, but only because she doesn’t know what’s going on behind the scenes. She doesn’t know that he murdered (via a peanut allergy) Benji. She doesn’t know he stole a book from Peach’s library. Beck is convinced that she is making all of her own decisions about her relationship with Joe, but she’s only living in this made-up world that he has laid out for her. Everything he says and does are to turn her into exactly what he wants her to be. She thinks it's encouragement and tenderness, and it’s really just straight-out manipulation. And it is creepy AF.

It's exemplary of situations women find themselves in all the time. Women are still making decisions in a world that’s governed mostly by men, and a lot of them don't have women's best interests at heart. (Just read the news.) Luckily, the age of living in ignorance of this fact — the place where Beck is now — is over for the modern woman. Women are rightfully angry about all of the bull they have to put up with and the lack of agency attributed to them by men.

And Beck will eventually be angry about Joe. She will be devastated. She will be unmoored. But how safe will she be once she finds out everything Joe has done in the name of love? For now, Beck’s ignorance is her bliss because the truth is just too much to bear. With Joe, a man who so easily bends the truth, knowing what’s real can be dangerous.