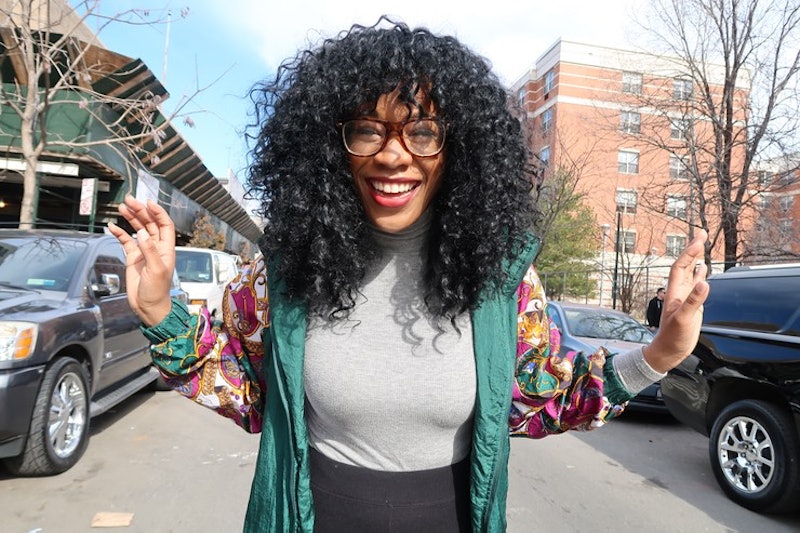 A few weeks ago, I found myself engaged in an interesting conversation with a friend of mine. We were talking about children and, after I mentioned that I don’t want any, there was a notable shift in his tone. “How could you, a beautiful Black woman, not want to procreate?” he asked.

“I just don’t want children. And I don’t want to be a mother. I think that’s reason enough,” I told him. Apparently, my answer was not enough for him. He launched into a spiel about how I, a Black woman, should bear children for the sake of our race.

“They’ve been trying to kill us off for years,” he said, referring to white people. “Black love and procreation all the more of the reason to keep this thing going.”

At this, I gave the sharpest eye-roll I could muster. Although he did not mean any harm, in just a few phrases, my dear friend implied that I should have children for the sole purpose of spiting white people and white supremacy. I found his statements incredible and silly — and I was annoyed that he would reduce motherhood to a matter of duty rather than desire.

This is not the first time I’ve had conversations like this, and I’m sure it won’t be the last. My identity as a Black woman has secured for me a two-fold bond of oppression: sexism and racism. While white women who don't have children also face criticism and ridicule for forgoing motherhood, Black women and other women of color experience a special kind of oppression when it comes to this decision.

My realizing that I do not want to be a mother did not happen overnight. My desire to have children waned through the years, and as that desire went, I began asking myself questions I hadn’t thought about before: Why did I want children in the first place? Did I actually want to be a mother, or did I desire children because that is what I’ve learned my desire should be? Upon much reflection, I found that I, in my heart and soul, do not want to have children or be a mother. I realized that I had only wanted children because that seemed to be the natural order of things — an automatic part of the "woman experience."

In extreme and often eyeroll-inducing conversations with Black men, I’ve heard that white supremacists have “brainwashed” me with feminism and “made me” not want children in order to promote white superiority and “wipe out” the Black race.

Initially, I didn't think my decision was a controversial one. I received a rude awakening when I voiced my decision to my loved ones. The Black community, generally, is one in which patriarchal and sexist ideals reign. I learned most of this through my conversations with my mother, brothers, and sisters.

“You don’t want kids?” my sister asked with a disgusted tone and a twisted face. “You’re probably just going through something. You’ll grow out of that and change your mind.”

I fared no better with my mother, who declared, “That’s that feminist crap!” as she shook her head. “You’ll change your mind. You’re gonna change your mind and give me some grandbabies.”

“You’ll change your mind” is a common response I get from my friends and loved ones who learn that I don’t want to be a mother. It is the easiest (and laziest) conclusion to come to when one is met with an idea they do not understand or agree with. The phrase is dismissive, and it is easier to deem an idea or opinion invalid than to examine it and give the idea deep thought.

I’m sure women from many walks of life have heard the phrase, but one that is particular to Black women who opt out of motherhood is something I heard from one of my brothers: “That’s just what the white man wants!” In extreme and often eyeroll-inducing conversations with Black men, I’ve heard that white supremacists have “brainwashed” me with feminism and “made me” not want children in order to promote white superiority and “wipe out” the Black race.

These statements are a mixture of a small fraction of truth and many, many lies. Yes, white supremacists exist and work to promote white superiority. However, feminism — gender equality — is not some evil tool being used by my oppressors to thwart population growth in the Black community. Additionally, statements like these allude to and promote the age-old idea that women are controllable and easily manipulated — that we don’t know what’s best for our own bodies and lives.

In the last about 30 years, the percentage of Black women who have remained childless throughout their “childbearing years” has remained around 15 percent, according to a 2015 study from the Pew Research Center. The study found that “more education is associated with higher rates of childlessness for women ages 40 to 44.” Overall, childlessness has been rising among young woman of all races since the 1970s.

But remaining childless is still taboo — even for the most successful of Black women. Oprah Winfrey, who is asked to explain her decision all the time, recently told Good Housekeeping UK, “I didn’t want babies.” But, much to my displeasure, Winfrey went on to qualify her statement — and decision— with, “I wouldn’t have been a good mom for babies,” declaring that she is a “mother to the world’s children.”

Although her philanthropy is noble, it was not lost on me that even Oprah Winfrey was not exempt from subscribing to some form of motherhood. I often wonder if she would have done so if social conditioning had not deemed motherhood an automatic part of the woman experience, if she were not constantly asked to explain her decision in a way a man never would be.

As for me, I cannot and do not wish to separate my womanhood from my blackness. This means that I must deal with — and fight — the intersecting oppressions that come with the two identities. It has been difficult for me to stand in and fight for my autonomy as a Black women in a society where both racism and sexism wish to strip me of my self-governance. It is hard to not want children in a society and community that defines me by my decision and ability to do so.

I dream of a day when society will not automatically force me to defend my autonomy as a Black woman. I dream of a day my existence is no longer viewed through a lens of duty. I dream of a day people won’t ask belittling questions and make dismissive statements about the decisions I make for myself. I’m learning, though, that I don’t need to answer their questions or calm their confused minds. Much like I told my dear friend, my lack of desire to bear children and be a mother is reason enough.