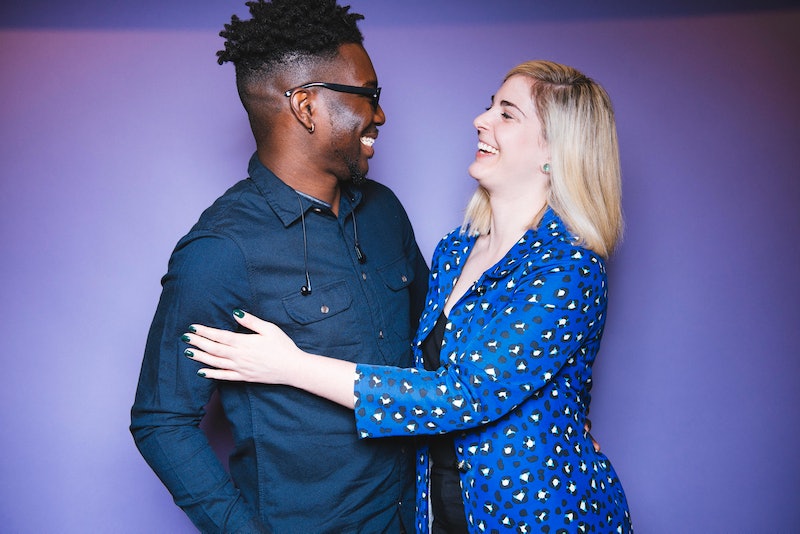 Particularly when it comes to building healthy relationships, the ability to trust people is super important. However, some people are simply more trusting than others — but is there a reason why some individuals have an easier time letting their guard down and putting their faith in other people? According to a new study from researchers at Brown University, there's one trait that might really influence your ability to trust: how well you can (or can't) tolerate uncertainty.

To reach this conclusion, researchers first recruited 200 volunteers and had them play a solo gambling game as a way to measure their tolerance for risk and uncertainty. Then the participants were asked to play social games in which they had to decide whether or not to cooperate with and trust the other players. Those who had a higher ambiguity tolerance — aka those who don't mind a little uncertainty in their lives — tended to be both more trusting than other people, as well as more cooperative.

"If we consider how we go about navigating through our social worlds, we constantly need to figure out what other people are feeling and thinking," Oriel FeldmanHall, study author and an assistant professor of cognitive, linguistic and psychological sciences at Brown, said in a press release. "Even if someone tells us they are angry, they may not be telling us how angry they really are, or why they might be angry in the first place. In other words, we try to predict other people without ever having full access to their 'hidden' states."

Translation: no one is a mind reader, but if you're comfortable with things — thoughts, feelings, social situations — being left open to interpretation rather than having one black-and-white solution, you're more likely to be a trusting person. Here are three other things that might make you more likely to be trusting, according to science.