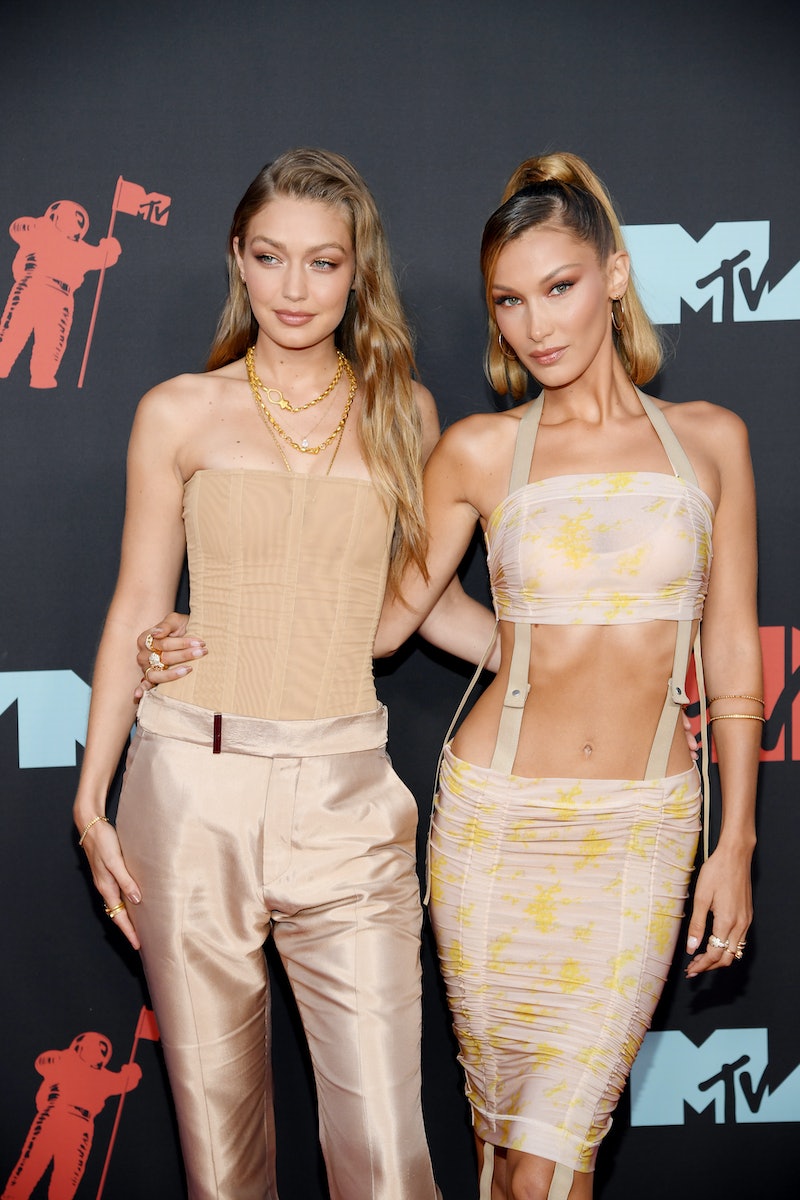 If you've been following along with all of the TyGi updates, you would know that Gigi Hadid and Tyler Cameron seriously seem to be making a go at a romantic relationship. And based on the latest update relating to the pair, which detailed that Bella Hadid followed Tyler C. on Instagram, per StylerCaster, the Bachelorette alum's connection with Gigi may be heading into a super serious direction.

On Sept. 5, the publication reported that Bella had given her sister's rumored beau the 21st century seal of approval by giving him a follow on Instagram. StyleCaster pointed out that a user on Instagram, @thepublyssitypodcast, acknowledged that the model began following Tyler in a Sept. 4 post. Given this Instagram info and the couple's many recent hangout sessions, including one with another member of the Hadid family, it's safe to say that Gigi's family is on board with her potential romance with the reality star.

Previously, Hollywood Life reported on Aug. 22 that Gigi introduced Tyler to her mom, Yolanda Hadid, during the week of Aug. 12 whilst on a trip to the family's Pennsylvania farm. A source told the publication that the meeting went exceptionally well as the Hadid family "loves Tyler." While the report has yet to be confirmed by outlets such as People or Us Weekly, it's interesting to see that the former Bachelorette contestant and the supermodel may have taken such a big step in their relationship already.

Gigi and Tyler have been a pretty inseparable pair ever since they were first spotted together in public in early August. The adventures of TyGi began at Soho House in Brooklyn, where they were spotted hanging out on Aug. 4. Following that get-together, they were seen together on Aug. 5 with a group of friends as they went out bowling at Frames Bowling Lounge in New York City.

On Aug. 13, the two models were photographed together for the first time after they went to Justin Theroux's NYC bar Ray's along with their pals, per E! News. Their group hangout apparently went well, with a source claiming, "They all had a great time and were very animated as they sat around laughing and talking." At the time, a source told the publication that things were really heating up for the pair. "There is a connection there for sure," they said. "Gigi was smiling more last night than she has in a while. She just looks really happy and calm with Tyler around. It's like she is herself around him, no pretense or act."

As for how Tyler feels about Gigi, another source told E! News, "Tyler likes Gigi and definitely wants to keep seeing her. He wasn't sure if it would turn into something but they are having a lot of fun and don't want it to end, that's for sure." The insider also added that the rumored couple are super into each other, as they're "seeing each other a lot and texting all day long."

So, just in case Tyler and Gigi's multiple hangouts together weren't enough to convince you that the couple is really hitting it off, Bella Hadid's Instagram-approval of her sister's rumored beau should be a major sign that TyGi is the real deal.