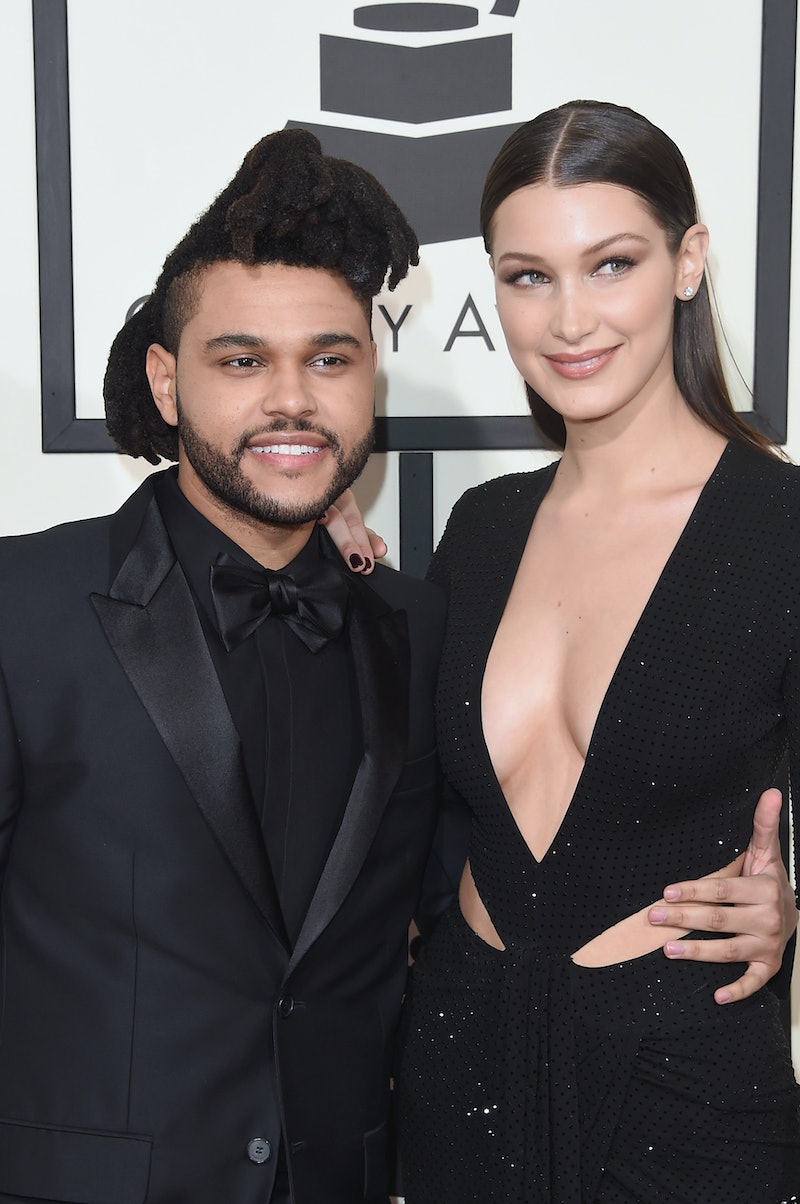 The publication reported that the singer was spotted at her birthday celebration, which was held at Le Chalet, L'Avenue in Saks' lower level cocktail lounge in New York City. "Abel met up with Bella last night for her third birthday celebration at L'Avenue," a source told E! News. "He was with her the entire night and they left together to go back to the apartment they both shared." The same insider also added that they were "definitely in love" and they seemed to be "very happy being around each other."

Prior to this reconciliation news, E! News reported on Oct. 10 that Hadid and The Weeknd had been in contact with one another. The "Starboy" singer reportedly sent her a message on her Oct. 9 birthday. Additionally, a source reported at the time that there was no bad blood between the two exes, who were still on "good terms," but that there wasn't a reconciliation in the works either. However, a second source claimed that after celebrating her birthday with family and friends during a dinner at Miss Lily's in NYC, Hadid left the restaurant by herself and "got into The Weeknd's car."

This update comes after it was reported in August that the couple had split, also according to E! News. On Aug. 6, the publication reported that Hadid and The Weeknd, who had reconciled a about a year prior, had once again called it quits. As for the reason behind the split, a source claimed that "distance" was a big issue for the pair. At the time, they also said that "they are in different places right now, physically and mentally," as Bella had fashion week commitments and Tesfaye was working on his music and his upcoming acting debut in Adam Sandler crime thriller Uncut Gems.

The couple broke up about a year after they reconciled back in early 2018; they had also split in November 2016). While the date of their reunion hasn't been confirmed, Us Weekly reported in April 2018 that Hadid and The Weeknd were spotted kissing at Coachella. Following that sighting, the two were seen on multiple occasions together, celebrating the model's birthday in October 2018 and attending Heidi Klum's annual Halloween bash in a Beetlejuice-themed couple's costume that same month.

The two first began dating back in April 2015, but they went on to split in December 2015. They seemed to be back on by February 2016 when they attended the Grammy's together. Although, they would go on to break up again in November 2016. Given just how much history they share, it seems that Hadid and The Weeknd have reportedly made their way back to one another, yet again.