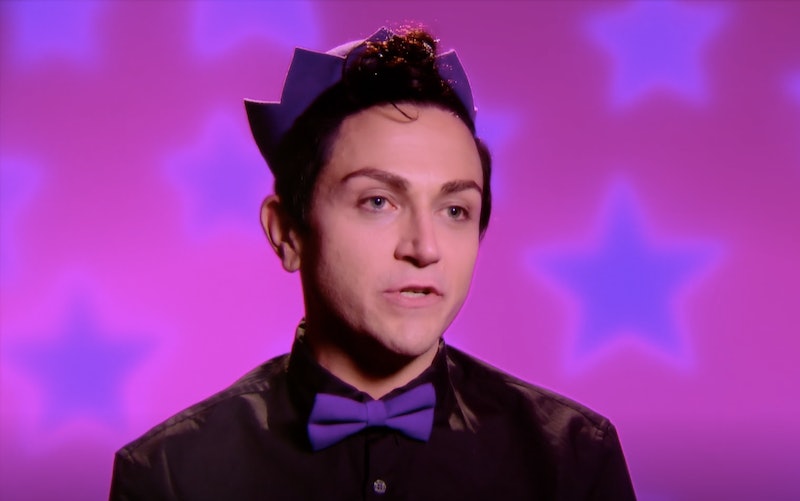 In the moment, BenDeLaCreme’s decision to leave RuPaul’s Drag Race All Stars was shocking for many fans. She was the frontrunner of the show, yet decided to send herself home. For many viewers, that decision made no sense. However, BenDeLaCreme’s exit from Drag Race was foreshadowed all season. She says as much, speaking to Bustle after choosing to leave the competition.

BenDeLaCreme says that her decision to leave was a choice she made that day, in the few hours leading up to the lip-sync. However, watching it happen on TV after the fact, she realizes she was leaving clues to her decision to go home all season long. “Those editors are really good at their jobs. They foreshadowed it in a way that I had never anticipated,” she says. “Just watching the season knowing what’s going to happen, I’m looking at the show like, ‘Wow they’re really laying the groundwork for this.’ What they had to work with clearly, was yes, I was in conflict the entire time I was there.”

Looking through the editor’s work, DeLa was shown to have had an internal struggle throughout the series deciding just who would be sent home. “I love drag, I love this competition, I love getting to do this work, but I have never made any secret about the fact that I don’t like the format of having to eliminate other girls,” she says.

That struggle was evident even from Episode 1 when she ultimately chose to send Morgan McMichaels packing. Her internal turmoil over the choice of who to send home did not end with Week 1, though. In Episode 4, the only thing that made her decision easier was that Chi Chi DeVayne clearly felt that it was her time to exit. Finally, In Episode 5, she was still shown to be struggling with the specific criteria of who to send home in a conversation with Kennedy, Shangela, and Trixie. DeLa talked about comparing track records, quantifying it through the math of who placed where on a week-to-week basis. Kennedy was decidedly frustrated that DeLa wasn’t more comfortable making the decision.

DeLa certainly was very comfortable in making her decision to leave the competition, though. That’s because, to her, she got everything she wanted out of Drag Race while the other queens had not. She felt like the title and crown would not mean as much to her as the other girls. After all, she’d won five challenges and three lip-sync battles over the course of this season. “I felt a sense of accomplishment and a sense of success, and that’s what I went there to get,” she says. “You want the crown because it equals success. It equals validation. That’s wonderful, and I just realized oh I’m in a rare position where I have that feeling without the crown.”

While BenDeLaCreme may have been skittish about sending other queens home, her success in the competitions this season came from her renewed sense of confidence. “Season 6 was terrifying. I went in and I was just a jittery mess and felt like a squirrel trapped in a box," she says of her first stint on the show. "This time around, I was able to go in and was just more present,” she says. “When doing the actual challenges, I worried way less about what I thought they were looking for and I did what I thought was funny and interesting. And it turns out, what you think is funny and interesting is usually what other people will think is funny and interesting, because it reflects in your performance.”

Having gotten everything she wanted out of the competition, is it fair to assume that DeLa’s Drag Race career might be over? Not necessarily. “The way I feel now is that I’ve had the best experience I could have and I don’t need another go-round, but that’s exactly how I felt on Season 6, too,” she says. “You never know. But, there’s also 100-something other Ru girls who need a crack at All Stars now."

Whether DeLa has the crown or not, she will be known as one of the best to ever appear on Drag Race. Whoever wins will undoubtedly be asked if she won because DeLa was not there. While fans may feel a bit frustrated she won’t get a shot at the crown, DeLa is the unofficial winner of this season — and she went out on her own terms.