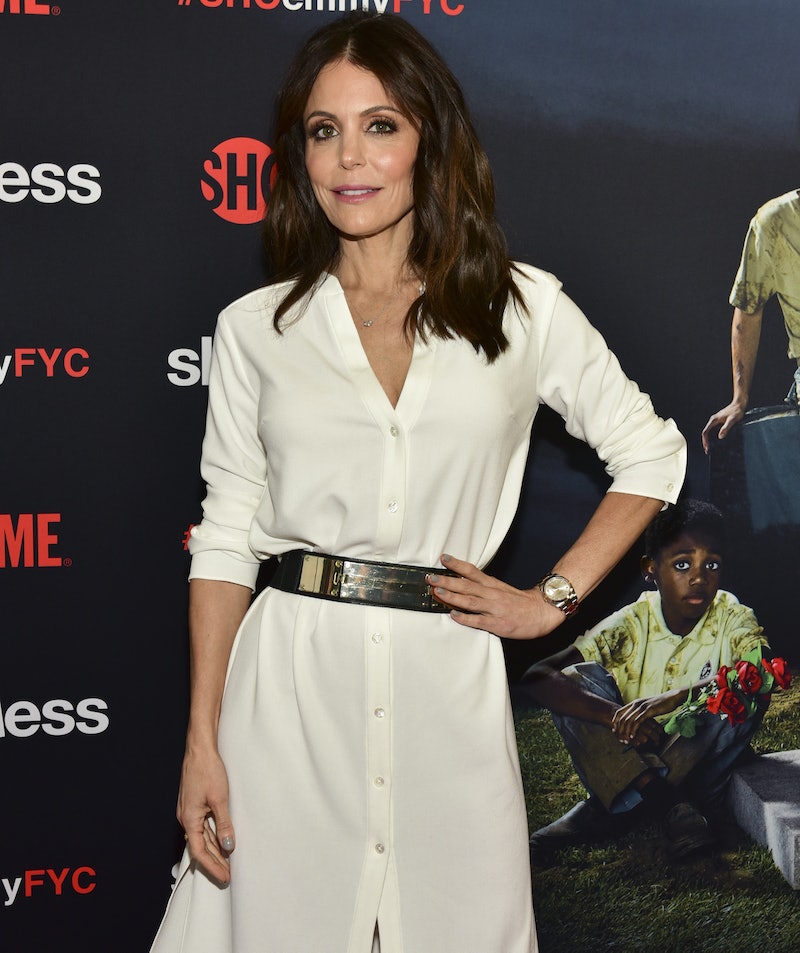 On Wednesday during the launch of her Skinnygirl Jeans line in New York City, Bethenny Frankel talked about Dennis Shields in her first interview since his death. This also marked her first public appearance since he died. While chatting with People, the Real Housewives of New York City star opened up about her on-again-off-again boyfriend and revealed exactly how she's feeling during what is still very much a difficult time. She even discussed the grieving process, which is never easy.

The RHONY star told the publication,

"He would be so excited. I can hear him saying, 'How many did you sell?' and 'I can’t believe you sold out.' And he would be checking the numbers and checking the website."

The Bravolebrity didn't stop there and added, "He’s here and I just know he would be so proud and a cheerleader."

It's only been a little over a month since Dennis' unexpected death, and obviously, Bethenny is trying to navigate the grieving process. "It’s like [Hurricane] Florence, it’s a storm and you must go through it," she told People. "It’s not one of these things you can avoid and you have to go through it and deal with it and hopefully, you come out stronger on the other side."

Bethenny echoed similar thoughts on Aug. 26 when she tweeted, "It’s hard to breathe & I appreciate you giving me the space & support to try to do so." Her post continued, "It’s excruciating-sudden death is no closure & constant ?s & memories. Our relationship is current so it’s painfully raw. Trying to stay healthy & move through it w tears & close friends. Xo."

Thankfully, Bethenny has had close friends by her side during the difficult time. "I have a lot of really, really close friends that came and stayed with me," she revealed to People. Those friends include her RHONY costars Luann de Lesseps and Sonja Morgan, who were also at her Skinnygirl Jeans launch on Sept. 12.

"This summer Luann and Sonja came over and they both said to me separately, 'He was really your rock,'" Frankel explained. "So I think they were a little worried about me because he really was and is [my rock]."

Now it seems like Luann and Sonja are trying to be her rock, like friends do when tragedy strikes.

This past season of RHONY wasn't an easy one for Bethenny. She clashed with most of the women and seemingly lost a friend in Carole Radziwill. So it's good to hear that Bethenny has a lot of support, especially from Luann and Sonja, who continue to stick by her side.