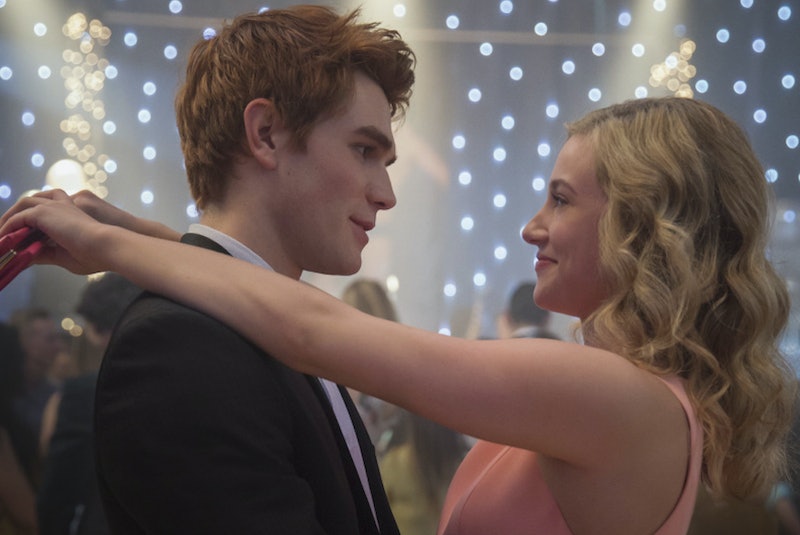 Riverdale may face treacherous villains like the Gargoyle King and Edgar Evernever on occasion, but the core of the series has always been about the relationships between characters, particularly when those relationships take on a romantic nature. And while most of the pairings seem fairly solid these days, series creator Roberto Aguirre-Sacasa recently hinted that Riverdale Season 4 could bring back the love triangle that once existed on the show but has long since been forgotten. So for those who have been holding out hope for an Archie and Betty romance, that dream could ultimately come to fruition sooner than you think.

“I guess the one thing that could break up the foursome, well, besides death, is something romantic happening," Aguirre-Sacasa told Us Weekly in the press room during this year's San Diego Comic-Con. "They’re great friends. They’ve been through stuff no other friends have been through." But not even Gargoyle Kings can hold a candle to the threat that can come from matters of the heart.

The flash-forward at the end of Season 3 saw three out of the four members of the group burning their clothes (including Jughead's beanie, though he himself was mysterious absent in the scene) and vowing to never speak to each other again. Fans have yet to know what happened to cause such a divide between this usually solid quartet, but Aguirre-Sacasa promises that the present day and flash forward will merge together somewhere around the midway point of Season 4. But will this rift involve a new coupling being brought to the forefront?

“It may not seem like it, but I genuinely love these characters and I love this quartet. I want them to be OK," Aguirre-Sacasa explained during the same interview. "It feels like I put them through the ringer, and I do, but there’s a part of me that always thinks that they’ll survive, they’ll be OK, they’ll win.” Though they may not all win with the same love interests they initially started out with. Bughead and Varchie may still be going strong right now, but all that could easily change in the blink of an eye.

The prospect of a Betty and Archie romance has felt out of reach for quite some time, mostly because both of them have found significant love interests in Jughead and Veronica, respectively. Plus the group has had quite a lot on their plate recently, what with fighting off various villains left and right. But could now be their moment to give it a try?

Aguirre-Sacasa had previously admitted to Us Weekly in a separate interview back in May that he would consider the show to be a "failure" if he never attempted to explore "Archie and Betty together romantically" at some point in the future. Perhaps that future has officially arrived. It's a devastating possibility for Bughead and Varchie shippers, but it just wouldn't be Riverdale without a healthy helping of drama.