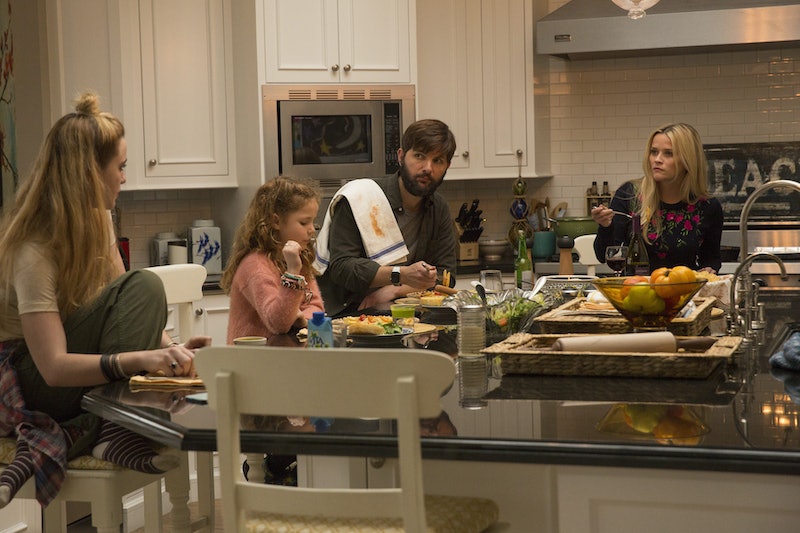 The world can be weird sometimes (read: all the time). Certain crossovers and coincidences happen that you would never expect to occur even in your wildest dreams. Case in point: two TV shows that are completely different in tone, topics, audience, and generation can still have something very big and somewhat random in common, as was recently revealed. It turns out, Big Little Lies and Hannah Montana share the same house. Yes, you read that correctly.

Big Little Lies fans have seen Reese Witherspoon’s character Madeline Martha Mackenzie’s gorgeous beachfront home on the show many times as she navigated drama and scandal with her husband and frenemies. As it turns out, that home is also Hannah Montana’s old hangout, as reported by TODAY. On the classic Disney Channel show, the exterior of the house was filmed and presented as the Stewarts’ family home. Of course, the interior shots were really filmed on a set created for the show, but the exterior of Hanah Montana's family home is exactly the same as Madeline's on BLL, and the news shows us that Hannah's old stomping grounds are holding up just fine.

Hannah Montana fanatics may remember that Miley Stewart and her family moved to a new home during its final season. Therefore, fans looking for a Big Little Lies and Hannah Montana crossover could theorize that Robby Ray Stewart sold his old house to Madeline Martha Mackenzie, who then raised her family there. It’s a weird parallel universe, but one that I would like to live in, thank you very much.

As any viewer knows, one of the defining features of Big Little Lies are the simply breathtaking homes that the Monterey Five (well, most of them) live in. Whether their style ranges from ultra-glam to bohemian-chic, all of the homes are so impeccably decorated that they almost outshine the actual cast in certain scenes. But what fans may be surprised to find out is that Madeline's dream home is actually not located in scenic Monterey, but in the equally dreamy Malibu, which makes sense for Hannah Montana considering that's where the Stewarts lived (as seen in the screenshot below).

Stacy Clunies-Ross of Malibu Vacation Homes, whose family owns the property, told TODAY that the home consists of seven bedrooms and eight bathrooms, and has been used for other big-name Hollywood projects as well, like Dick Van Dyke's Diagnosis Murder. Big Little Lies also films inside the home, but what you see on screen may look a little different from the real thing. “They take out all the furniture, paint all the walls, and wallpaper certain rooms,” Clunies-Ross told TODAY of how the crew creates the set.

And whether you're obsessed with Big Little Lies or want to relive the Hannah Montana glory days, if you'd like a true VIP fan experience, you can actually rent Hannah Montana's house for yourself — provided that you have somewhere in the range of $3000-$5000 in your wallet. It won't be exactly the same as what you've seen, but it'll still be incredibly luxurious, and surely beats a normal hotel or AirBNB. As a devoted fan of both shows, I've decided that I'm just going to get married here. Let the fundraising begin.