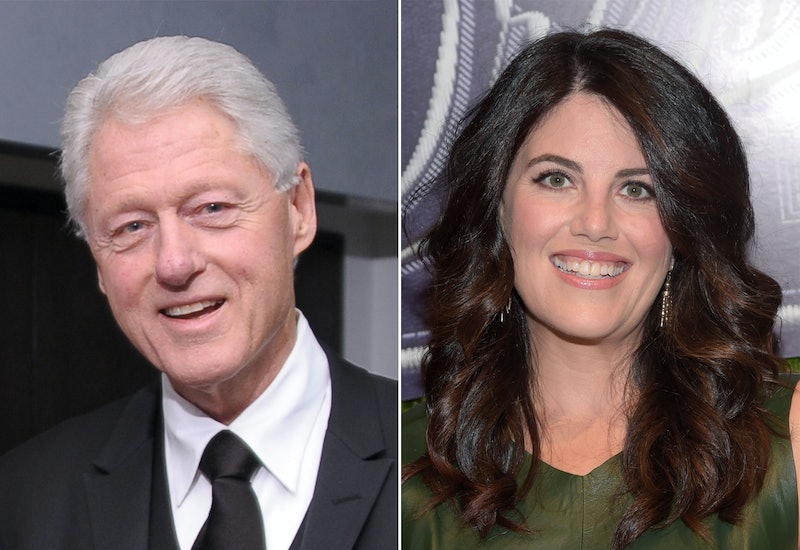 #MeToo has really managed to change the atmosphere surrounding issues of sexual harassment and sexual assault, but even now that the initial furor has died down, it appears as though some perceptions of past events won't change. Bill Clinton spoke out on the Monica Lewinsky case on NBC's Today show, and he said that he "did the right thing."

NBC's Craig Melvin asked the former president if he felt that he owed Lewinsky an apology after their affair that eventually went public and became a direct cause of Clinton's eventual impeachment. Clinton responded in the negative, saying "No, I do not — I have never talked to her. But I did say publicly on more than one occasion that I was sorry. That's very different. The apology was public."

Clinton also spoke on Today about his decision to stay in office during and after the scandal. "A lot of the facts have been conveniently omitted to make the story work, I think partly because they're frustrated that they got all these serious allegations against the current occupant of the Oval Office and his voters don't seem to care," Clinton said, referring to the lingering sexual harassment allegations against President Trump, who has repeatedly denied all of them. "I think I did the right thing. I defended the Constitution," Clinton said.

The affair, Clinton said, had been "litigated 20 years ago. Two-thirds of the American people sided with me."

Lewinsky, on the other hand, has recently come out with some evolving thoughts on the affair that she and the president had back in the late 1990s. "I am in awe of the sheer courage of the women who have stood up and begun to confront entrenched beliefs and institutions. But as for me, my history, and how I fit in personally?" Lewinsky wrote in an essay for Vanity Fair. "I'm sorry to say I don't have a definitive answer yet on the meaning of all of the events that led to the 1998 investigation; I am unpacking and reprocessing what happened to me."

The #MeToo movement, she said, had led her to think differently about the issues of consent present in her case.

"Now, at 44, I'm beginning (just beginning) to consider the implications of power differentials that were so vast between a president and a White House intern," Lewinsky wrote. "I'm beginning to entertain the notion that in such a circumstance the idea of consent might well be rendered moot."

Clinton, on Today, maintained that he had acted in the correct way. When asked if he would act in a different manner now, given the climate surrounding #MeToo, he responded by saying that “if the facts were the same, I wouldn’t.”

"You're asking, well, don't we have the right to change the rules," Clinton said, regarding his own affair. "Yes. But you don't have the right to change the facts." When asked about whether President Trump had been given "a pass" regarding the allegations of sexual harassment against him, Clinton said that he did not believe so, but that "it hasn't gotten anything like the coverage that you would expect."

"I like the Me Too movement. It's way overdue," Clinton said. "It doesn't mean I agree with everything. I still have some questions about some of the decisions which have been made."

Although Clinton said that he did not apologize directly to Lewinsky, he said that he "felt terrible then" about his part in the affair. During the interview on Today, he also stressed the significant roles that women played in the departments over which he had direct control throughout his political career. Even so, the debate over whether Clinton acted rightly regarding the Lewinsky affair is likely to continue.

Disclosure: Bill Clinton's son-in-law, Marc Mezvinsky, is on the board of Bustle Digital Group.

Correction: A previous headline misrepresented Bill Clinton’s comments. It has been updated to accurately represent his statement.