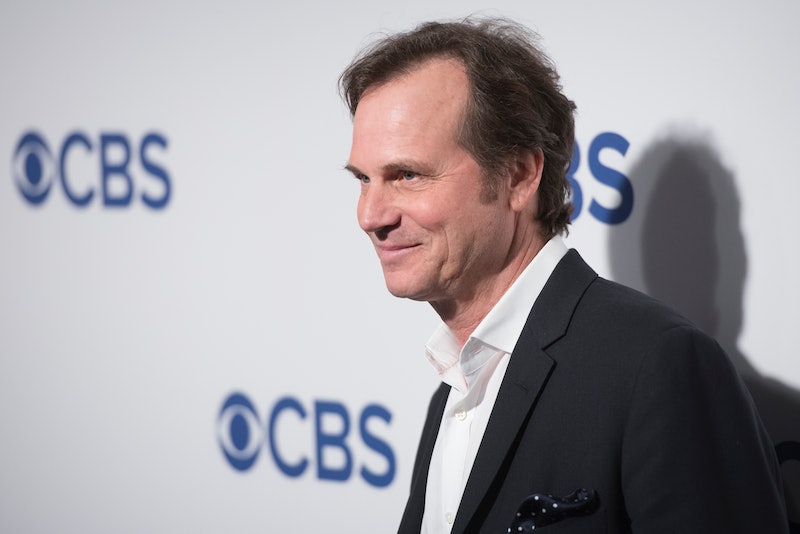 It was a shock to many of us when actor Bill Paxton passed away in February due to complications from surgery. He was 61, and had a new film coming out. That movie, The Circle, starring Paxton alongside Emma Watson and Tom Hanks, opens April 28 and tells the story of a young woman (Watson) who gets a job at a tech behemoth run by a visionary played by Hanks. Paxton plays Watson's father Vinnie, and you can catch glimpses of him in the trailers for the film. Vinnie is sure to be another of Bill Paxton's memorable roles, and The Circle is a great opportunity to remember the late actor's amazing body of work.

Paxton, who was mourned by The Circle costar Tom Hanks in a tweet calling Paxton "simply, a wonderful man," had an incredible, prolific acting career, with 93 credits to his name on IMDB. Many of his roles have been iconic starring parts: Bill Harden in Twister, Fred Haise in Apollo 13, Private Hudson in Aliens, and his outstanding work as Bill Henrickson on Big Love. But Paxton's career was dynamic and unique, and he's played a number of really interesting roles in films that can sometimes get lost in the shuffle of his biggest hits. Below are some of the star's best, under-appreciated performances.

More like this
Here’s Who Victor Chooses In The ‘Love, Victor’ Season 3 Finale
By Brad Witter
9 Photos Of Margot Robbie & Ryan Gosling As Rollerblading Barbie & Ken
By Alyssa Lapid
What Does The Presley Family Think Of 'Elvis'?
By Arya Roshanian
Chris Hemsworth Joked That Baring His Butt In ‘Thor: Love And Thunder’ Was A “Dream”
By Brad Witter
Get Even More From Bustle — Sign Up For The Newsletter