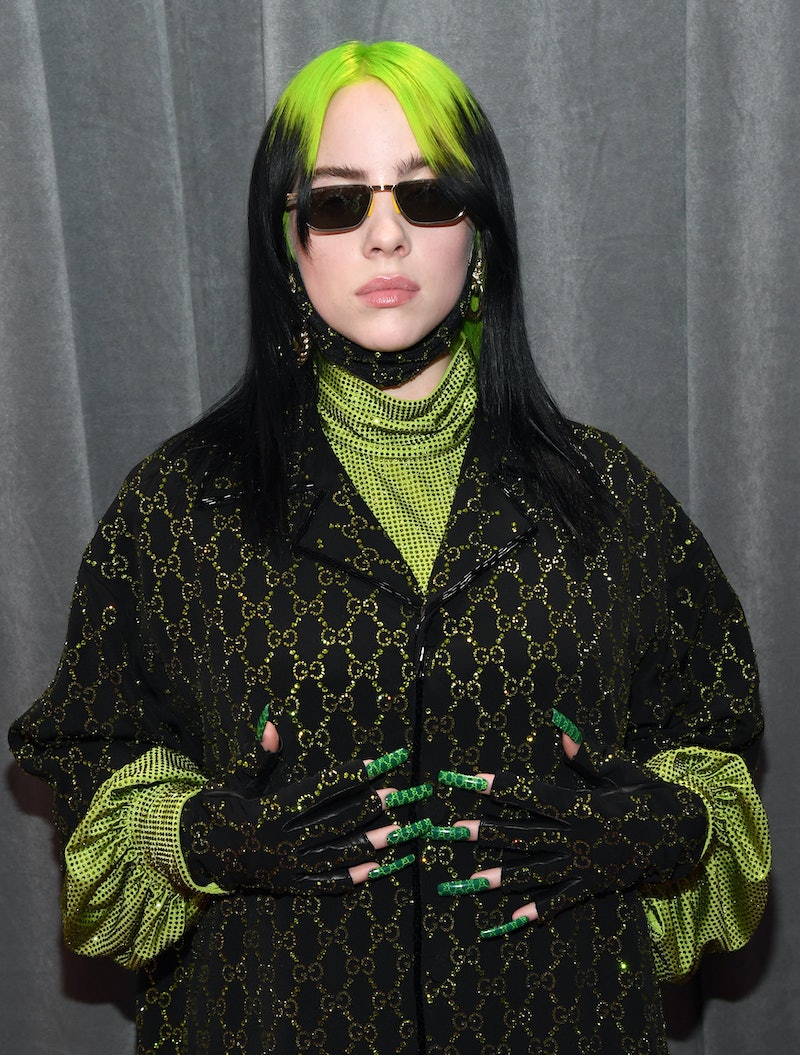 Billie Eilish took elevated loungewear to a whole new level at the 2020 Grammys. The singer stepped out in a black-and-green leisure suit by Gucci. Slightly iridescent and oversized, it’s the perfect mix of formal and relaxed.

To complete the look, Eilish wore matching gloves, a complementary long-sleeved green blouse, and tortoise-print sunglasses. Her hair and and nails were also color-coordinating, proving that green is definitely her hue.

Eilish's meteoric rise in the music world has more than paid off — this year she snagged nominations in six Grammy categories, including album of the year, song of the year, and best new artist. And just this month, she was hired to co-write and sing the next James Bond theme song.

“It feels crazy to be a part of this in every way,” Eilish said when the news became public. “To be able to score the theme song to a film that is part of such a legendary series is a huge honor. James Bond is the coolest film franchise ever to exist. I’m still in shock.”

This means she’s set to become the youngest singer ever to perform a Bond movie title song. Super casual, right? And if all that wasn’t impressive enough, last year she was named Apple's Global Artist of the Year. It’s safe to say that 2020 is going to be yet another major year for the rising star.