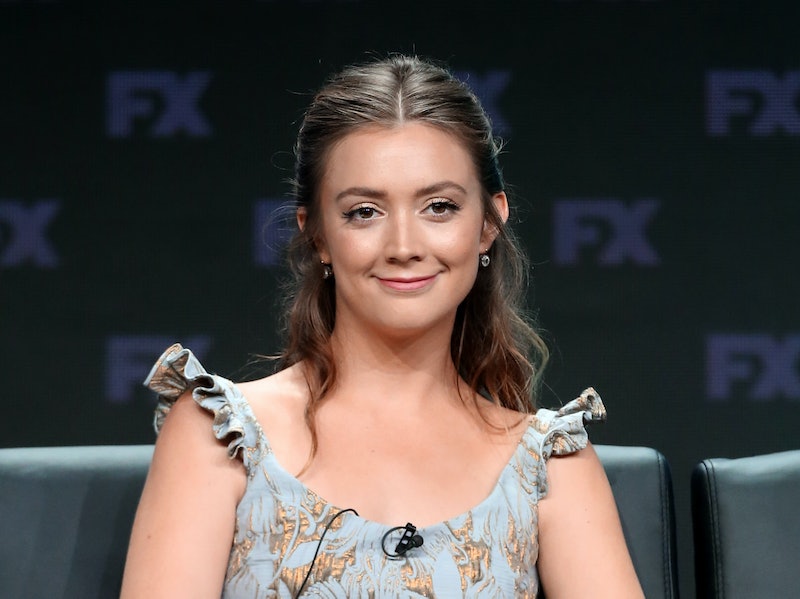 In honor of her loved ones who died two years ago, Billie Lourd has taken to Instagram to share some incredibly moving tributes to both her mother, Carrie Fisher, and her grandmother, Debbie Reynolds. On Dec. 28, Billie Lourd posted a throwback photo of Debbie Reynolds that showcases the late actor during happier times.

Based on fan comments (with some writing "Baby Billie" and similar sentiments), as well as other throwback photos of Reynolds, it would appear that the picture Lourd posted features herself as a baby alongside her grandmother and another, unidentified family member. The photo featured the woman holding the baby Scream Queens star as her grandmother looks on adoringly.

Not only is it an adorable throwback photo, but it's also a meaningful one for Lourd to have posted. Her tribute fell on Dec. 28, 2018, which marked the two-year anniversary of Reynolds' death. As TMZ reported at the time, the Singin' in the Rain actor passed away at 84 years old as a result of a stroke only a day after her daughter, and Lourd's mother, Fisher had passed. Reynolds was survived by her granddaughter, of course, and her son, Todd Fisher, who told TMZ, "She's with Carrie."

On Dec. 27, Lourd made a tribute to her mother, as the date coincided with the two-year anniversary of Fisher's passing. She decided to do things a little differently with her tribute, as she showed off her musical chops for a rendition of "These Days" by Jackson Browne. Some of the lyrics in the song include, "These days I seem to think a lot about the things that I forgot to do for you/And all the times I had the chance to."

If those lyrics weren't enough to make you emotional, the actor also added a very moving caption alongside the clips. She wrote:

"It has been two years since my Momby’s death and I still don’t know what the 'right' thing to do on a death anniversary is (I’m sure a lot of you feel the same way about your loved ones). So I decided to do something a little vulnerable for me, but something we both loved to do together - sing."

She continued to explain that she hopes this tribute helps others to "keep on moving," writing:

"This is the piano her father gave her and this was one of her favorite songs. And as the song says, we must 'keep on moving'. I’ve found that what keeps me moving is doing things that make me happy, working hard on the things that I’m passionate about and surrounding myself with people I love and making them smile. I hope this encourages anyone feeling a little low or lost to 'keep on moving'. As my Momby once said, 'take your broken heart and turn it into art' - whatever that art may be for you. ❤️"

It's clear that Lourd is working on moving on, as she's been busy hanging out with friends and working on a variety of exciting projects. But, of course, no matter what, she'll always have a special place in her heart for her mother and grandmother.