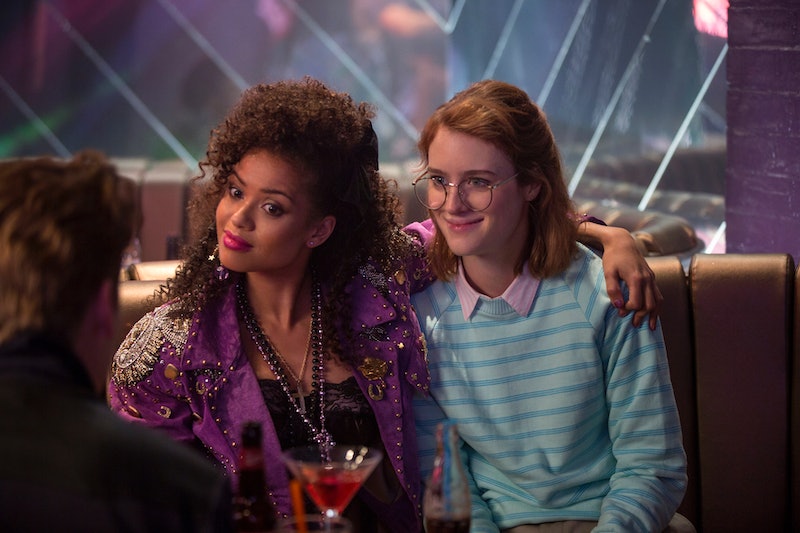 As we're in the height of (what's arguably) TV's golden age, it's a wonder that there's room for so many shows without more overlap of themes and ideas. Maybe, though, reoccurring ideas are presented behind the scenes more often than audiences realize. In an excerpt from the fascinating new book Inside Black Mirror shared by Vulture, the sci-fi show's creator and executive producer, Charlie Brooker revealed that there's a Black Mirror episode fans will never see because of Westworld. Yes, HBO's Westworld.

Both Westworld and Black Mirror have been wildly successful in bending minds and molding the modern TV landscape (and their award nominations and wins prove it). However, there's one Black Mirror episode that really got audiences' attention and became an instant fan favorite: Season 3's "San Junipero." The episode, which won two 2017 Emmys — one for Outstanding Television Movie and another for Outstanding Writing for a Limited Series — depicts a wildly cathartic take on the afterlife. But as explained by the series creator, the idea for the episode was originally much more reminiscent of Westworld and its themes.

"Something else that we’d discussed was a way of expanding the world of 'Be Right Back,'" Brooker explained in the excerpt. (In "Be Right Back," a grieving woman brings back her deceased boyfriend through a synthetic re-creation, only to be faced with consequences.) "We couldn't do this now because of Westworld, but we had the idea of a theme park you went to that was essentially Heaven."

"All your dead relatives and friends would be there, and you’d pay to go and visit them," he continued. "So that thought stayed around for a while — this notion of Heaven that you go to as a holiday." Seem familiar?

Westworld depicts a futuristic amusement park in which humans attempt to influence mortality, continuously bringing park "hosts" back from the dead. Mortality and the afterlife is a theme continuously explored in Black Mirror and, of course, in "San Junipero." The episode presents the idea of consciousness living on forever in an idyllic, digital world that cannot be escaped. Ironically, Westworld and "San Junipero" premiered just weeks apart in October 2016.

"We always have a scientific explanation for things, even if it's bollocks," wrote Black Mirror executive producer Annabel Jones. "We introduced the idea of digital consciousness in [Season 2's] 'White Christmas,' but hadn’t really explored the moral or emotional implications. There was so much untapped potential."

Originally, "San Junipero," also deemed the bleak show's most optimistic episode, was much darker. "I'd been obsessed with doing a story about the afterlife. I wanted to do a sort of supernatural story, and was thinking of spooky, creepy story ideas," Brooker wrote. "So, weirdly, 'San Junipero' had started in a sort of horror-movie world."

In hindsight, it all worked out. The popularity of "San Junipero" created demand and potential for a sequel and the creators told the story they wanted to tell. "It's a cliché, but when you're old you're still mentally and emotionally alive to all experiences. It's just your body that's letting you down," Jones explained. "It was just such a great fusion of ideas, all coming together in an emotionally satisfying way."

While a heaven episode of Black Mirror does sound super intriguing, fans scored big time with the totally unique "San Junipero." (And the vast universe of Westworld isn't too shabby either.)