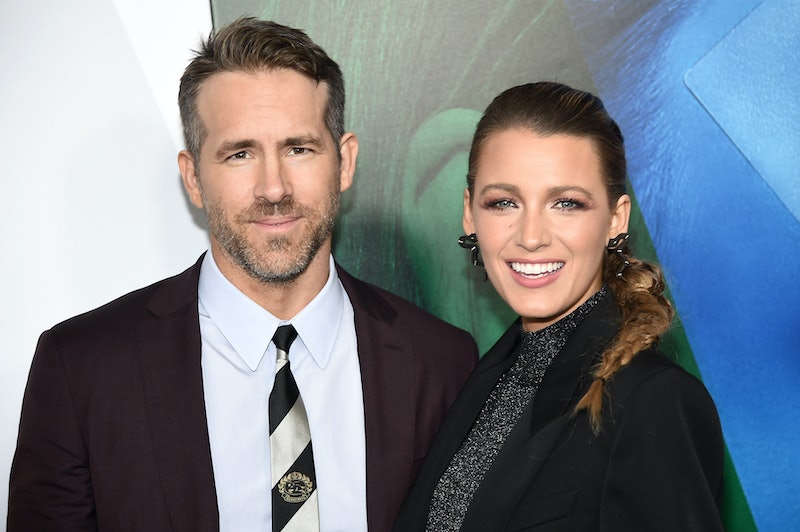 On Sunday, another celebrity couple stepped up to support protesters who have taken to the streets in the wake of George Floyd's death. In a lengthy Instagram post, Blake Lively and Ryan Reynolds revealed they've donated $200K to the NAACP Legal Defense Fund. The Defense Fund has long advocated for racial justice through changes at the systemic level. The couple didn't simply make a donation, though, they also shared how they are educating themselves and their children about racial inequality, and vowed to use their platform to create real change in their community.

Their joint message began by acknowledging their privilege and recognizing that, unlike Black families, they haven't had to prepare their daughters for future police interactions or "different rules of law." They wrote, "We don't know what it's like to experience that life day in and day out. We can't imagine feeling that kind of fear and anger. We're ashamed that in the past we've allowed ourselves to be uninformed about how deeply rooted systemic racism is."

Lively and Reynolds went on to pledge to do better, not simply by making a monetary donation, but by supporting leaders on a local and national level whose platforms promote racial equality. "We also pledge to stay educated and vote in every local election," their post continued. "We want to know the positions of school board nominees, sheriffs, mayors, councilpersons. We want to know their positions on justice. But mainly, we want to use our privilege and platform to be an ally."

The couple's message comes after a weekend of unrest that led to some criticism, both on social media and from CNN reporter Don Lemon, about Hollywood elites not using their platforms to speak out in a meaningful way. Lemon called out celebrities like Oprah, Anthony Anderson, and Tyler Perry for not stepping up in a more visible manner. He noted that while donations are always appreciated, "visibility is extremely important because young people need to see people who have made it, so that they can understand that they have made it, too, and they can know publicly, that you have their backs."

Still, many celebrities stepped up over the weekend. Ariana Grande, Halsey, Michael B. Jordan, Kehlani, and Insecure star Kendrick Sampson are just a few of the famous faces who joined marches. Additionally, stars like Lizzo, Lady Gaga, and Beyoncé released powerful messages calling for justice for Floyd and an end to police brutality. Meanwhile, others joined Lively and Reynolds in making donations to bail and defense funds, including Chrissy Teigen and John Legend who pledged $200K to Movement for Black Lives, National Lawyers Guild, and The Bail Project.

Some celebrities' lack of action is disheartening, but on the whole, many stars have used their platforms to call for an end to police brutality and advocate for the Black men and women who have unjustly lost their lives.

In the case of Lively and Reynolds, they know they haven't been perfect with their ally-ship, but they are committed to doing better. "We're committed to raising our kids so they never grow up feeding this insane pattern and so they'll do their best to never inflict pain on another being consciously or unconsciously," Lively and Reynolds wrote. "It's the least we can do to honor not just George Floyd, Ahmaud Arbery, Breonna Taylor and Eric Garner, but all the black men and women who have been killed when a camera wasn't rolling."

More like this
Blake Lively Is Trolling Ryan Reynolds Again – Over Wrexham FC
By Sam Ramsden
Matt Hancock’s TikTok Is The Most Matt Hancock Thing Ever
By Sam Ramsden
Kim Petras Just Made Grammy History
By Jake Viswanath
Blake Lively Debuts Red Hair For The 'It Ends With Us' Film Adaptation
By Olivia Rose Rushing
Get Even More From Bustle — Sign Up For The Newsletter
From hair trends to relationship advice, our daily newsletter has everything you need to sound like a person who’s on TikTok, even if you aren’t.