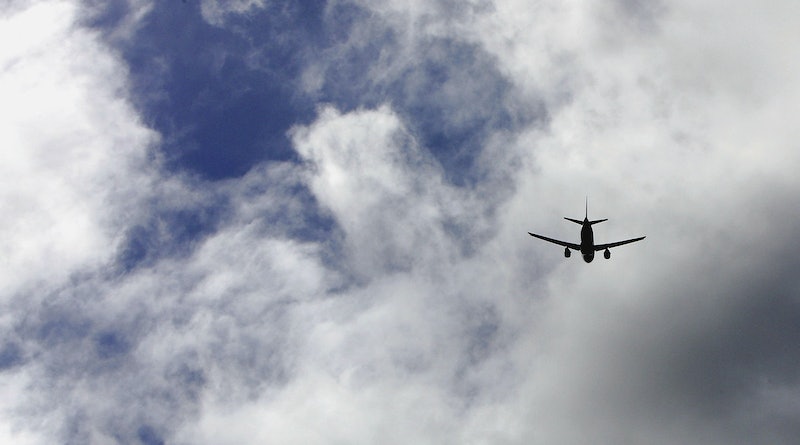 Following the second of two airplane crashes in the last five months, Boeing announced it's updating 737 Max 8 planes in the immediate future. The company has maintained that the model is safe, but is making a few changes to its software system in the wake of the crashes that killed all passengers on board.

In a lengthy statement released on March 11, the company promised to release a new "flight control software enhancement" for the 737 Max Plane, to be deployed to all relevant aircrafts in the "coming weeks." Per the statement, that software update includes improvements "to the Maneuvering Characteristics Augmentation System (MCAS) flight control law, pilot displays, operation manuals and crew training," and incorporates undisclosed "feedback received from our customers." Boeing also emailed a statement to Bustle, which reads,

Safety is Boeing’s number one priority and we have full confidence in the safety of the 737 MAX. We understand that regulatory agencies and customers have made decisions that they believe are most appropriate for their home markets. We’ll continue to engage with them to ensure they have the information needed to have confidence in operating their fleets. The United States Federal Aviation Administration is not mandating any further action at this time, and based on the information currently available, we do not have any basis to issue new guidance to operators.

Per Business Insider, the software system on 737 Max 8 planes has been controversial, specifically in relation to the Maneuvering Characteristics Augmentation System (MCAS). According to the publication, Boeing had to change the way it mounts engines to the planes to fit the new design, and this might have impacted the plane's center of gravity. The purpose of the MCAS is to help the plane keep its balance in response to this change. But Business Insider reports that both crash investigations are currently looking into whether the MCAS may have been falsely triggered in takeoff, thus leading the planes to overcorrect and tip downward, eventually crashing; no official conclusions have been drawn for either plane crash. As noted above, improvements to the MCAS are included in this latest software update and Boeing maintains the system is safe.

Meanwhile, The New York Times reported on Tuesday that while a number of countries have grounded the 737 Max planes indefinitely, the United States has done no such thing. Per The New York Times, American Airlines and Southwest are the only two U.S. carriers who use 737 Max 8 planes.

In a statement to Bustle, the Federal Aviation Administration, which is responsible for deciding whether or not to ground planes in the U.S., said,

The FAA continues to review extensively all available data and aggregate safety performance from operators and pilots of the Boeing 737 MAX. Thus far, our review shows no systemic performance issues and provides no basis to order grounding the aircraft.  Nor have other civil aviation authorities provided data to us that would warrant action.  In the course of our urgent review of data on the Ethiopian Airlines Flight 302 crash, if any issues affecting the continued airworthiness of the aircraft are identified, the FAA will take immediate and appropriate action.

Hopefully, more information will be revealed as the investigations continue, both into the Lion Air crash and the Ethiopian Airlines crash. For now, the planes will continue to fly in the United States.