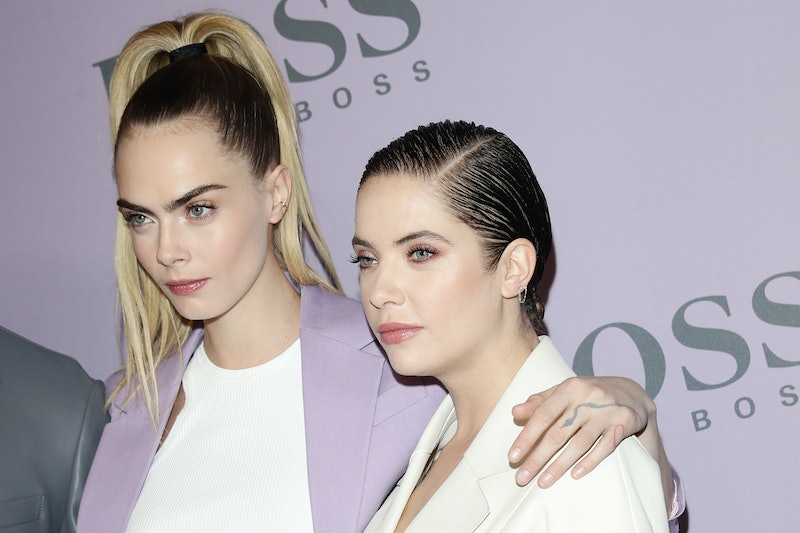 Adversity has a way of making or breaking relationships, highlighting problems, and pushing couples to their limits. Now, imagine adding the pressure of being unable to walk away from someone while your relationship is under duress, or taking the space you need to think through your conflict. If you're considering breaking up with your partner while social distancing, isolation may have lead to the realization that you and your SO are not in it for the long-haul. And you'd rather end the relationship than spend one more second listening to each other chew, even if you're currently stuck together.

Karla, 26, tells Bustle that social distancing took her relationship from casual to serious overnight, and it ended up being a dealbreaker. "Everything was great — we were going on day trips and playing board games and meeting each other's friends," she says. "Then, all of a sudden, coronavirus anxiety began, and we went from getting to know each other to date."

After a couple days of cohabitation, I couldn't stand him.

While self-isolating as a unit sounded like a good idea at first, Karla quickly realized she wasn't ready for a live-in partner. Instead of enjoying their company, she felt overwhelmed and annoyed, craving privacy. "It was so much so fast," she says, "and after a couple days of cohabitation, I couldn't stand him."

Eventually, she decided to call things off, and the two parted ways. "Had this not happened, we would've still been getting to know each other and having our distance while still enjoying each other's company," Karla says. "There's a time and place for everything, and this just came far too soon for such a young relationship."

Outside of a global pandemic, any number of drastic changes to your everyday routine has the potential to become a relationship stressor — starting a new job, moving to a new place, adjusting to a new schedule. When you're already negotiating the chaos of an overwhelming shift in your day-to-day life, small problems can feel like big ones.

"As people #flattenthecurve, we may be forced to spend considerably more time with each other," Danni Zhang, psychologist and managing director of New Vision Psychology, previously told Bustle. "It's not uncommon for one person in a relationship to start thinking of getting out of said relationship." Zhang emphasizes the importance of weighing whether you're experiencing a dead-end or weathering temporary stress.

"Coronavirus has run the gamut of emotions in our relationship over the last couple of weeks," Danielle, 33, tells Bustle. She and her husband of five years made it halfway through the second week of social distancing together, before they needed to establish a few quarantine rules in order to keep the peace.

The two made an agreement that, at least once a week, they'd part ways and enjoy a little alone time — relaxing in separate rooms, going for solo walks, and cooking alone for a much-needed respite. "Communicating how we are feeling without judgment has also been very important," Danielle says. "Even though we are together, having time and space of our own is necessary, and allows that time together to be more valued."

For couples on edge, Zhang suggests listing out the reasons why you love your partner in order to shift attention away from their habits that have got you on edge. But not all couples feel the investment is worth digging in their heels. Once they got a glimpse into their future together, they were ready to jump ship — even if that only meant moving from the bedroom to the couch.

"I'm fairly certain living together too soon was what pushed us to break up," Karla says.

This article was originally published on April 8, 2020